Picking winners? In this case, one sort of export interest seems to have suffered due to support for another. 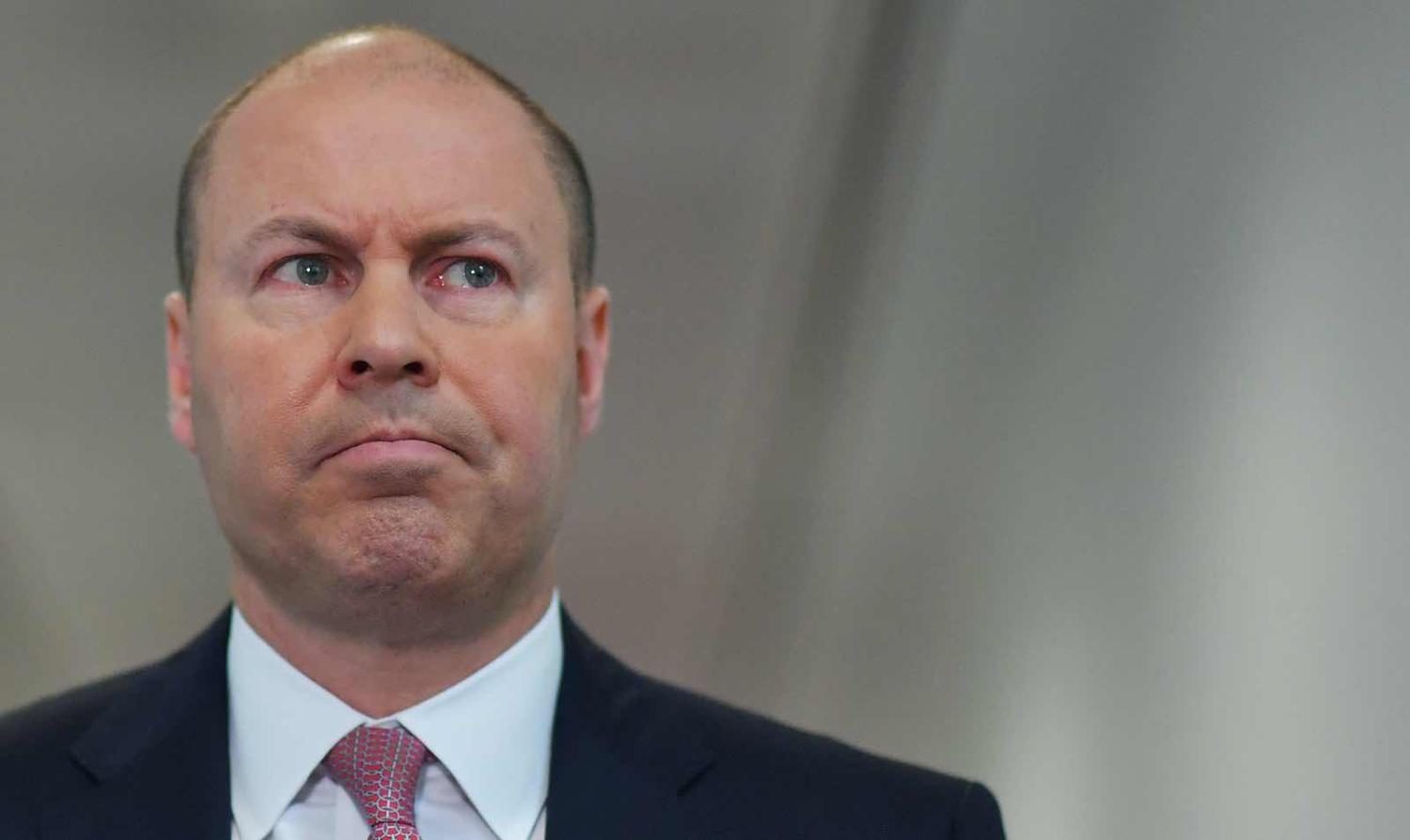 Picking winners and sacrificing national interests are two things that conservative politicians usually like to hold out as anathema.

But it says a lot about how the meltdown in relations with China is changing economic diplomacy that they are exactly what the federal government appears to have done in the food and agriculture industry.

Last’s week decision by China to impose anti-dumping tariffs on one of Australia’s most successful branded farm exports, wine, came three months after Treasurer Josh Frydenberg stopped China’s Mengnui Dairy buying the Lion food products business, and three weeks after the Chinese embassy then complained about that decision in its controversial list of 14 grievances.

The outcome of all this will take some time to emerge, but it may well provide a case study in how the government has managed competing interests in the unprecedented dispute with the country’s biggest trading partner.

While wine exporters are facing serious loss of market share in their  overseas growth market, the government has bet the house on the latest in a long line of troubled efforts to create a globally competitive food business that adds value to another sort of farm produce.

Drawing clear links between recent Australian decisions and Chinese reactions is hard because there are domestic factors at work in China’s curbs on Australian farm exports, as well as the broader exercise in economic coercion

Frydenberg has never explained clearly why he prevented Japan’s Kirin from selling its unsuccessful Lion business to Mengnui less than a year after the Chinese company was allowed to buy the similar Bellamy’s dairy business. But in between, Covid-19 shifted the global goalposts towards tighter foreign investment rules, with Australia’s notionally pro-business government leading the charge to greater political control.

The global debate about reshoring manufacturing and shortening supply chains saw the government talk up its commitment to economic sovereignty with a new manufacturing policy which identified export food as a key industry to nurture. Ultimately the treasurer’s foreign investment power has been tightened even further, but reshoring-style intervention has been relatively retrained, with only a billion-dollar plan to build a world class vaccine factory in Melbourne.

Nevertheless, last week Bega Cheese snapped up the Lion fruit juice and dairy business, with ambitious plans to turn it into the Asian export powerhouse that a Japanese multinational came to Australia more than a decade ago to do, but failed.

Bega’s $560 million price is $40 million less than Mengnui offered, thanks to Frydenberg taking out the competition.

More pointedly, that investment to build a value-added dairy export business in line with the new government industry policy is about the same as Treasury Wine Estate’s annual export revenue from China, which is now in danger of evaporating due the new Chinese tariffs.

So contrary to the increasingly repetitive mantra of never sacrificing national interests, in this case one sort of export interest seems to have suffered due to support for another.

Creating the microeconomic conditions for more Australian food exports is a worthwhile policy aim. And drawing clear links between recent Australian decisions and Chinese reactions is hard, because there are domestic factors at work in China’s curbs on Australian farm exports as well as the broader exercise in economic coercion.

The Bega management team also looks like it might have the ability to restructure the Lion operation into the Brand Australia export success the politicians love to talk about – but hopefully not be too dependent on the world’s biggest food market in China.

However, it is also worth recalling that Australia’s pioneering Asia-focussed company Burns Philp tried to turn its old commodities and transport business into a food manufacturing national champion in the 1980s, only to implode.

Perhaps only one thing is certain. When the Bega team get around to toasting any new dairy export successes, there will likely still be plenty of excess Australian wine available from the vineyard just down the track.

The recent death of investment and multilateral banker James Wolfensohn is a timely benchmark for weighing up Australia’s latest tilt at securing a seat at the top of the global institutional architecture.

Wolfensohn – dubbed the Henry Kissinger of banking – made the canny move to US citizenship years before he started lobbying US President Bill Clinton to make him the World Bank president in 1995.

It was the sort of exercise in market and political timing that distinguished Wolfensohn’s career and made him Australia’s most senior figure in the top ranks of global economic policymaking.

Whether Belgium-born former finance minister Matthias Cormann can pull off a matching feat by presenting himself as the Asian candidate to take over the typically European-run Organisation for Economic Cooperation and Development (OECD) will be interesting to see.

Cormann as the Manchurian candidate actually sounds more audacious than a one-time air conditioner salesman from Sydney like Wolfensohn snaring the top global economic policymaking job for an American. He squeezed in between the likes of Vietnam War defense secretary Robert McNamara and Republican grandee Robert Zoellick.

With the Bank job always going to an American (or the rebadged Wolfensohn) and the International Monetary Fund to a European, Cormann is tilting at one of the two remaining choice jobs at Bretton Woods–era institutions where Australians have a shot.

OECD secretaries-general tend to hang around more than a decade, and most of the members are still European, so German- and French-speaking Cormann will probably be Australia’s best shot for a long while.

The only Antipodean candidate to crack one of these top global economic institution jobs was former New Zealand trade minister Mike Moore at the World Trade Organisation. But he was canny enough to share the term with Thailand’s Supachai Panitchpakdi to ensure an Asian candidate got up.

That might have been a good strategy for Cormann to have considered, given his former government spends so much time talking up its successes building new informal partnerships across the region.

But if he does make the illustrious leap from Perth to Paris, Cormann could do worse than study how the outsider Wolfensohn went about running the Bank.

The OECD secretary-general is more of policy coordinator, research director and fundraiser than the rule-making or money-dispensing bosses of the IMF, the Bank and the WTO.

But Wolfensohn pushed staff out of cushy Washington, shook up the bureaucracy, listened more to developing country needs and set an enduring new standard for not being soft on corruption. A real national champion.

Coming to the aid

The resignation of Britain’s development minister Liz Sugg in response to a near 30% cut in aid spending underlines how the Conservative Party appears to have stronger supporters of this sort of spending than its counterpart in Australia.

It has taken the China crisis to persuade Australia’s government that development aid can be a more efficient way to win hearts and minds than military spending in some troubled neighbours.

Advocating and then delivering aid worth 0.7% of national income was a signature part of former prime minister David Cameron’s “compassionate conservatism” back when the incoming Tony Abbott government cut Australian aid more than 20%.

Now the Covid-19–wracked Boris Johnson government has not only cut deeper in percentage terms than Australia. It has also adopted the money saving and strategic integration of aid with foreign affairs, as happened with AusAID and the Department of Foreign Affairs and Trade in 2014.

It has taken the China crisis to persuade Australia’s government that development aid can be a more efficient way to win hearts and minds than military spending in some troubled neighbours. So there was increased money for the Pacific in the Budget and for Southeast Asia at the recent regional summits.

But the compassionate conservative title remains up for grabs. Australia is still only spending about half what Britain is in national income share terms.

Covid-19 finally seems to have filtered down to the heart of Factory Asia with a sharp rise in the cost of shipping components between dispersed production locations in containers.

Major regional shippers say they are now experiencing their own “black swan” container shortage as carriers prioritise trans-Pacific profits over intra-Asian capacity. Intra-Asia shipping is now the busiest in the world, but costs have been kept under control because there is less carrier consolidation than on the deep-sea routes, with major regional players competing for cargo.

In a sign of recovery in the global economy, the intra-Asia shipping is feeling the brunt of rising demand in the US for Asian exports, and the better profits available to carriers on the longer trans-Pacific routes.

Previous Article
In the Philippines, a label can take your life
Next Article
North Korea’s very odd year

India and China are competing for influence in the Indian Ocean nation while the long shadow of a past ruler recedes.
Aaron Soans 11 Aug 2021 10:00

Beijing’s misapplication of international law in the disputed waters is more complex than it seems on the surface.