Accusation as a communist – “red-tagging” – is a potential death sentence, which doesn’t stop some from using it. 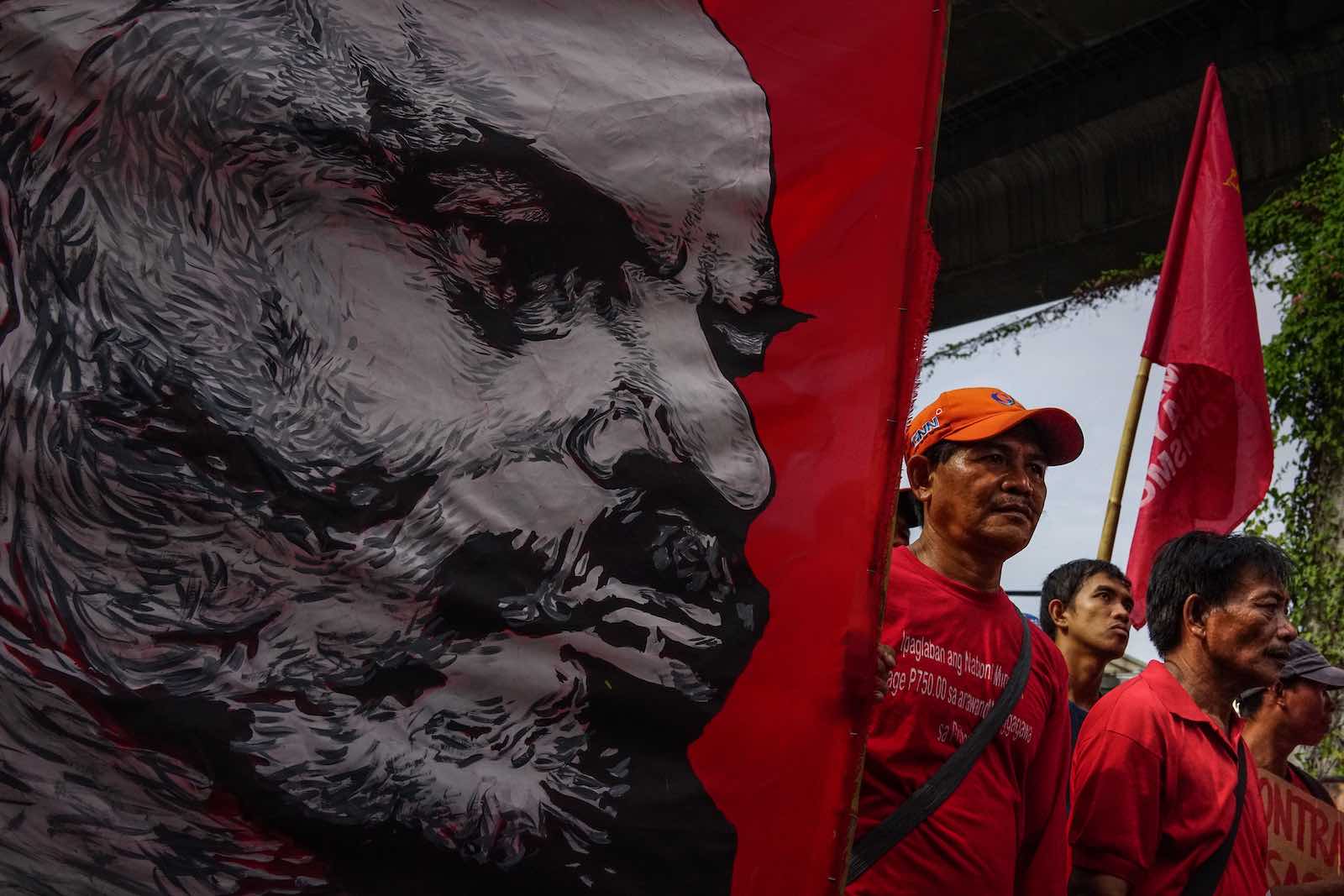 A civil war has been going on in the Philippines for over 50 years, waged by the Communist Party of the Philippines (CPP) with the armed guerrillas of the New People’s Army (NPA). The rebels boast a strength spread across 73 out of the country’s 81 provinces. Every president since the conflict began has promised, in one way or another, the demise of what is arguably the most dangerous opponent to the status quo. For the administration of current leader Rodrigo Duterte, a big part of winning the war lies away from actual gunfights.

Last month, three public hearings were held in the Senate to address the practice of “red-tagging” – labelling activists and critics as supporters or recruiters for the communist insurgents. Military figures and proponents of the National Task Force to End the Local Communist Armed Conflict (NTF-ELCAC) defended their actions, putting forward several witnesses to testify on how the underground and legal movements are one and the same. They reiterated long-standing claims of a vast communist infiltration in civil society – from opposition lawmakers to members of the church to journalists, even a UN Special Rapporteur. While the credibility of the witnesses is a matter of debate (considering the lack of evidence and the entirely circumstantial accounts), there is no doubting that red-tagging itself presents a serious danger.

This year alone, several well-known activists have been assassinated, namely Jory Porquia, Randall Echanis, Zara Alvarez and Carlito Badion. All of them, in one form or another, were branded communist-terrorists prior to their deaths. The term “communist-terrorist”, popularised by the military, seeks to denote that one cannot be a communist without being a terrorist as well. Subscribing to radical ideologies is not illegal, per se. But to the armed forces, someone who is left-leaning is automatically a communist, and all communists are always terrorists, and thus threats that must be liquidated. The Philippines Commission on Human Rights expressed alarm at the recent string of killings, which follow the pattern under Duterte that comes after victims have been labelled communists.

An often-ignored similarity between red-tagging and the drug war is that these tactics create a smokescreen, blinding the public to the root causes of both issues: widespread poverty and stark social inequalities.

This communist witch-hunting, reminiscent of the Cold War, also mirrors a more recent and local trend, that of the bloody drug war. Early into his tenure, Duterte enacted Oplan Tokhang, a law enforcement–led anti-drug campaign. The leader himself has admitted that his orders resulted in thousands of deaths from these operations. Chillingly, any unsupported claim can land a person on the authorities’ narco-list, which is effectively a hit list for state forces. Their accumulation of these names is sourced in part from totally unverifiable methods, such as setting up drop boxes in communities where one can simply write down a name, slip in the paper and let it pass for an intelligence report.

The killing of Kian Delos Santos, a 17-year-old high school student, typifies this method. He was executed at point-blank range in 2017, not far from his home, after the police acquired unreliable information that Delos Santos was a drug runner. They were wrong like in so many other cases. The three police officers were found guilty of murder, a rare instance of any trial or conviction in the drug war which has killed many thousands – more than 5000, according to police, and far more by other estimates.

There are alarming similarities between red-tagging and identifying those involved in illegal drugs: both subject their victims to violence based on mere suspicion, both are direct products of policies put forward by the president himself, both unleash the brutality of the armed forces, and both have a harrowing effect of justifying impunity.

Just recently, Duterte displayed how he lumps the two issues together, saying that human rights defenders should be considered threats to the state because they are derailing his drug war. This presents a dangerous precedent in which all association is considered guilt, and all guilt is punishable by unforgiving force, with little or no regard for the law or human rights in general. The emergence of the Anti-Terror Law this year, which many view as a tool to curtail civil liberties, only cements that notion further.

The series of hearings on red-tagging is akin to a trial by publicity. The night before the final hearing at the Senate, Duerte held a separate press conference to again label progressive groups as communists. While he denied this is red-tagging, he said there is a “grand conspiracy” at work.

A more pressing though often-ignored similarity between red-tagging and the drug war is that these tactics create a smokescreen, blinding the public to the root causes of both issues: widespread poverty and stark social inequalities. Drugs are a public health issue, while revolutions are spurred by the same things that have always sparked them – oppressed people willing to risk everything for something better. And in the Philippines, the Duterte administration will kill, maim and dehumanise before it sits down to address the injustices that spawn these phenomena.

In the past, when Ferdinand Marcos, the late dictator of the 1970s and 80s, peddled a red scare, many young activists were forced to go underground and even join the guerrillas, which boosted their membership.

This historical lesson hasn’t seemed to dawn on the current president, who continues portraying his political opponents as armed rebels and endangering their lives. Ironically, If Duterte keeps this up and keeps strangling the space for democratic debate, they very well may just pick up rifles and join the revolution.