Peace talks to prise regional commands away from a longstanding insurgency hold promise but a national approach is key. 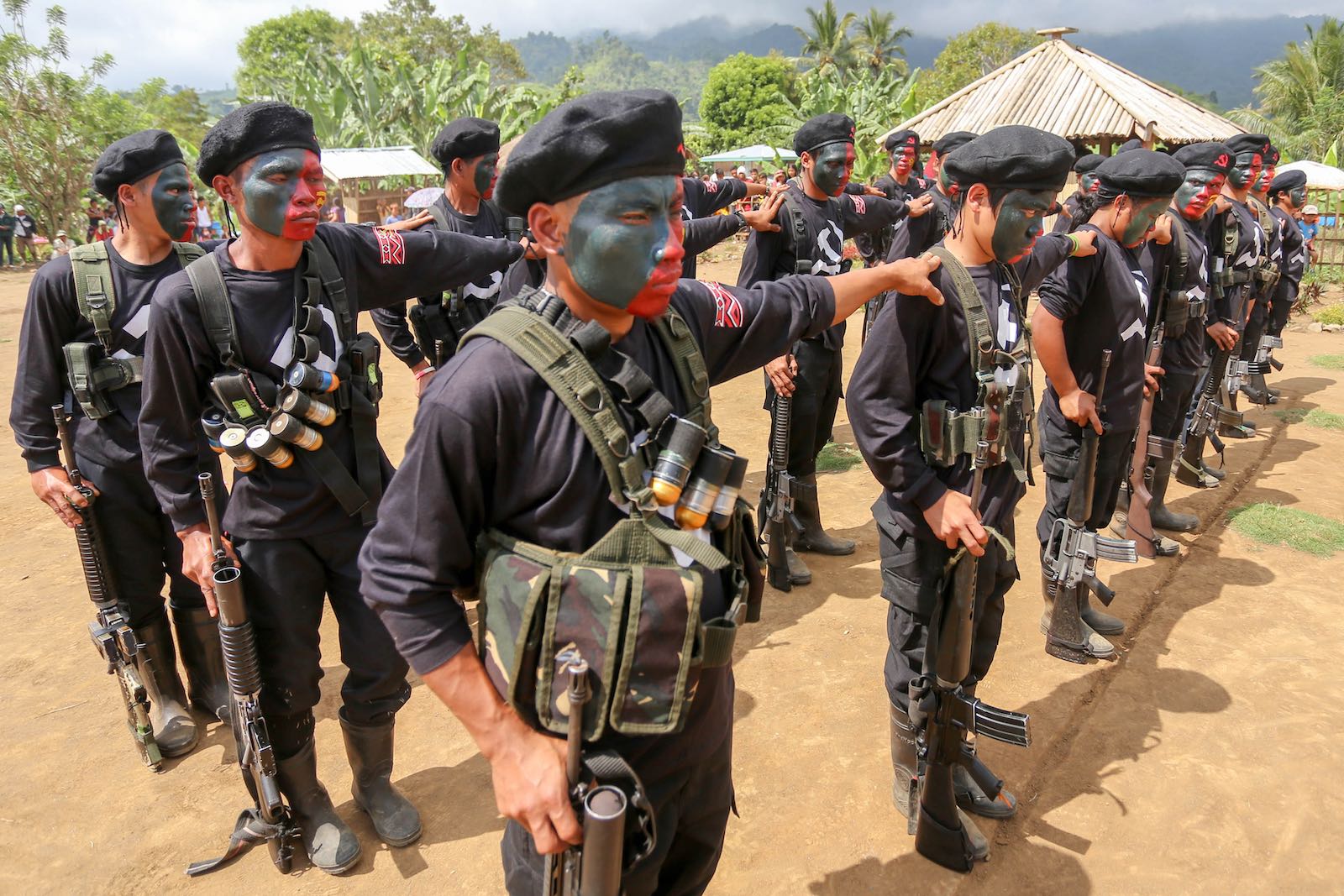 Insurgent group the New People’s Army has sought to foment a communist revolution in the rural regions of the Philippines (Photo: Manman Dejeto via Getty)
Published 27 May 2019 12:00   0 Comments

For more than 50 years, the Philippine insurgent group the New People’s Army has sought to foment a communist revolution in the rural regions across the country. The group has sustained itself by recruiting or coercing the support of local villages within designated regional commands.

But just as the group was about to celebrate its anniversary in March, the Philippine’s government suddenly dissolved the longstanding negotiations for dealing with the insurgent group’s political wing, known as the National Democratic Front. Instead of dealing with the whole, the authorities in Manila sought to exploit the distinctly local qualities of the insurgency by holding a series of peace talks across the various regions.

Instead of dealing with the whole, the authorities in Manila sought to exploit the distinctly local qualities of the insurgency.

Such localised talks have the potential to open communication between the government and regional NPA commands. In turn, this could reduce violence by lowering barriers to surrender and carefully reintegrating former rebels.

Since the NPA was founded in in 1969, approximately 40,000 people were killed over the course of the insurgency. Boasting an estimated membership of 26,000 fighters towards the end of President Ferdinand Marcos’ dictatorship in the 1980s, the insurgency suffered defections and purges as a consequence of its internal rectification campaign known as the “Second Great Rectification Movement”. Current military estimates place the strength of the NPA at around 4,000 fighters.

For this latest drive for peace to succeed, extensive dialogue between local commands and representatives of the national government is essential; enticing rebels away from their commands with inducements can winnow the ranks of the NPA, but cannot end the insurgency. Without negotiated agreements to disband, disarm, and reintegrate guerrillas into civilian life, the government risks exacerbating the conflict by adding to the surplus of private armed groups plaguing the Philippines.

The approach is not entirely new. After the collapse of negotiations in 2013 due to alleged NPA atrocities and the resulting incarceration of communist leaders, President Benigno Aquino announced a “new approach” involving localised talks. Unfortunately, Aquino did not pursue a coherent strategy and did not succeed. Nevertheless, the legacy of Aquino’s efforts survived through local development programs, including PAyapa at MAsaganang PamayaNAn (PAMANA), which went on to become an important tool under the Duterte administration.

PAMANA is a “complementary track” to peace negotiations under the Office of the Presidential Adviser on the Peace Process (OPAPP). The focus is on improving governance, reducing poverty, and empowering conflict sensitive or affected communities. Under Duterte, these efforts were combined into what was termed an Enhanced Comprehensive Local Integration Program (E-CLIP), and based on military reporting, 423 NPA fighters and supporters surrendered to avail themselves of E-CLIP and other programs in the regions of CARAGA and Northern Mindanao within the first 3 months of 2019. Further, thousands of fighters and unarmed NPA supporters were reported to have surrendered in the months leading up to December 2018.

Unsurprisingly, the political wing of the NPA is opposed to localised peace talks. Jose Maria (Joma) Sison, the founder and chairman of the Communist Party of the Philippines has derided localised talks as a cynical ploy by the Duterte administration to divide and conquer the NPA, and delegitimize the National Democratic Front. Joma has consistently argued that localised talks and livelihood assistance programs for those who surrender are “a waste of funds” that actually profit local officials receiving public monies for fake surrenders.

Scepticism of the number of NPA fighters surrendering is warranted, given the NPA continues to fight, and in the absence of publicly-available data on the number of NPA recruited versus those killed in action, detained, or who surrender. The National Democratic Front remains confident in the strength and integrity of the insurgency group.

Nevertheless, the government has successfully negotiated the surrender of NPA splinter groups in the past with mixed results. The Revolutionary Proletarian Army–Alex Bongcayao Brigade (RPA-ABB) split from the communist mainstream in 1995, and signed a peace agreement with the government in 2000 (although without actually disarming or disbanding due to unresolved issues). While a final agreement is currently undergoing review, outbursts of fighting between the rival Communist groups remain common, particularly on Negros, the country’s fourth largest island.

Show Comments
Previous Article
Modi’s second term: what it means for the South Pacific
Next Article
What a new Russian ambassador might mean for relations with Australia