What a new Russian ambassador might mean for relations with Australia

Differences don’t have to mean deadlock: plenty of challenges offer Canberra and Moscow a chance to cooperate. 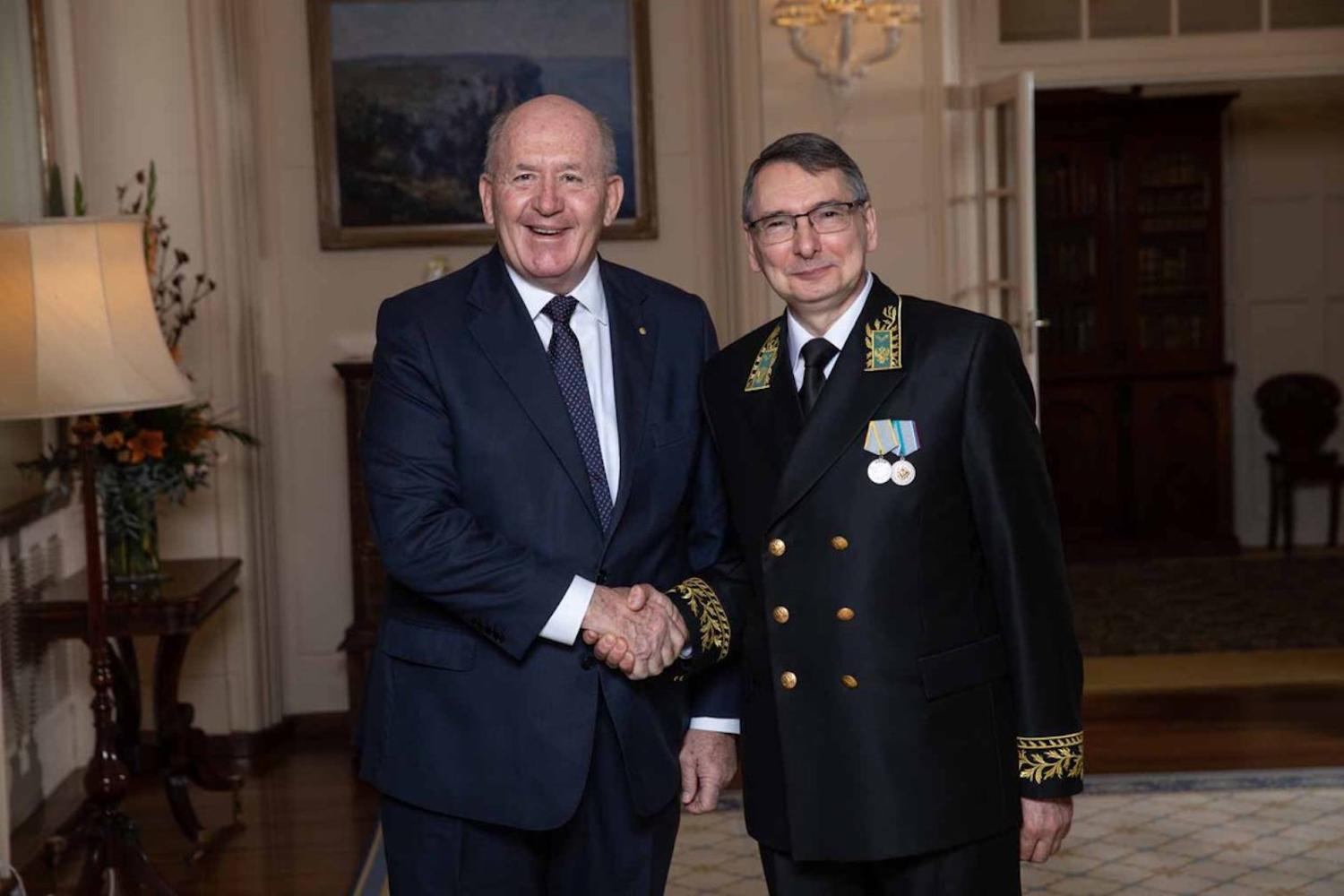 Lost amid the recent federal election, a new Russian ambassador to Australia was appointed. On 20 May, Dr Alexey Pavlovsky presented his diplomatic credentials to Governor-General Peter Cosgrove. The photo-op and ensuing discussion on Russia-Australia ties was buried in the flurry of the election, held only two days prior.

On May 20 Russian Ambassador to Australia Alexey Pavlovsky presented his credentials to Governor General of Australia the Hon Sir Peter Cosgrove. The ceremony was followed by a brief conversation, focused on issues of development of the #RussiaAustralia relations. pic.twitter.com/alFZ83EaGY

Pavlovsky replaces Grigory Logvinov – an outspoken, at times amusing man, known well as a feature of the Australian media given the period of renewed tensions between Russia and the West. Highlights of the Logvinov era include his responses to the very public dressing down from then foreign minister Julie Bishop following the Skripal incident in the UK as well as accusations of Russian “spies” among embassy staff in Australia.

It is crucial to recognise that Logvinov engaged consistently with Australian academic institutions and presented a number of public lectures throughout his posting. This dialogue was largely undervalued, which is a shame given the new normal of fraught Russia-West relations elsewhere.

Logvinov also had a background in Asian affairs, along with numerous postings to Beijing and was formerly the section head of the Russian Foreign Ministry’s First Asian Department.

Pavlovsky, on the other hand, has been posted to Australia following a career in the Russian Ministry of Foreign Affairs focused on the Commonwealth of Independent States (CIS) region. Most recently, Pavlovsky was Director of the 4CIS Department in the Ministry, dealing primarily with Abkhazia, Azerbaijan, Armenia, Georgia and South Ossetia. A far cry from Oceania.

So, what is the new Ambassador walking into?

Bilateral trade ties between Russia and Australia are largely linked to the agricultural and mineral sectors. Of course, tit-for-tat sanctions since 2014 have dealt a blow to Australia’s agricultural export industry. It is fair to say Canberra has felt the sting of bilateral sanctions more acutely than Moscow has.

Of interest, but of no surprise, is the green light given to the world’s second largest Aluminium company – Russia’s RUSAL – to continue to operate in Australia. Untouched by sanctions, RUSAL operates uncurtailed through its 20% ownership of the Queensland Alumina Refinery (QAL). The balance of ownership is held by Rio Tinto. QAL is a significant asset for RUSAL, whereby the firm exports converted Australian bauxite to Siberia to fuel its aluminium smelters. It is a critical element of the RUSAL supply chain. Resource firms are likely to maintain their privileged position within Russia-Australia relations for quite some time yet.

Pavlovsky will likely build on strong cooperative ties in the “safe zone” – the cultural and education sphere. The two countries have enduring linkages in this space, as illustrated by various art exchanges, including with the Hermitage Museum. Russian ballet performances sell out almost immediately for the Australian leg of global tours. Australia’s prestigious Endeavour Award government scholarships welcome applications from Russian students. Furthermore, Australian universities conduct numerous immersion and exchange programs in Russia. Continued cooperation can certainly be expected here.

Will Pavlovsky seek to elevate Russia-Australia ties? An area of mutual interest, ripe for further bilateral engagement, is the Indo-Pacific. Russia and Australia will find a convergence of interests here, and dare I say, a basis for cooperation.

Whilst cooperation between Russia and Australia might be difficult to secure, at the very least engagement and dialogue must be sought.

First and foremost, Canberra and Moscow are members of the same regional institutions – including the ASEAN Regional Forum, APEC, as well as the East Asia Summit. Challenges include combating transnational crime, such as narcotics; countering climate change and planning for the environmental disasters and rising sea levels set to face island nations in Southeast Asia; and maintaining stability in the face of increasing China-US strategic confrontation are all challenges facing the Indo-Pacific. These challenges converge to provide both Russia and Australia an opportunity to be present and act as responsible powers. Given the heavy lifting required, it is all the more important for powers such as Russia and Australia to seek more collaborative agendas for the region.

Countries can have differences; indeed, most allies do. But differences don’t have to translate into deadlock – countries always find avenues to work together. The Indo-Pacific is of strategic consequence to both Australia and Russia. White Papers and rhetoric from Canberra and Moscow have echoed this.

Whilst cooperation between Russia and Australia might be difficult to secure, at the very least engagement and dialogue must be sought. Instead, Canberra is utterly bewildered by the false dichotomy of picking between our major economic partner – China – and ally – the US. The solution is obvious.  Maintain our relationships with both and meanwhile craft an independent foreign policy which preserves Australian interests. Of course, the immediate first step for policymakers is to articulate just what exactly our interests are.

One would hope Pavlovsky is interested in working to resurrect ties with Canberra. Russia’s former ambassador to Australia packed much into his relatively short posting, which only began in October 2016. And yet, the Russian Embassy in Australia’s website has removed all trace of his existence. Logvinov is not even included in the historical diplomatic listing.

Is this simply an oversight, or is this a message? Has Canberra missed a window for the resuscitation of Russia-Australia ties? Given our mutual interests – spanning a range of economic, strategic and environmental challenges in the Indo-Pacific, one would hope not.

Small and medium powers need to go beyond both the existing US-led hub and spoke system and the Chinese alternative.
Tom Switzer 20 Sep 2017 10:55

It is nothing short of outrageous that so many of our media outlets dedicate little serious treatment to the world.
Peter McCawley 26 May 2017 09:12

G7: A European summit with a global agenda

At international meetings of this kind, especially with China absent, the views of the US still tend to be hard to resist.