Public health in America is inherently a political issue. It didn’t need to be a partisan one. 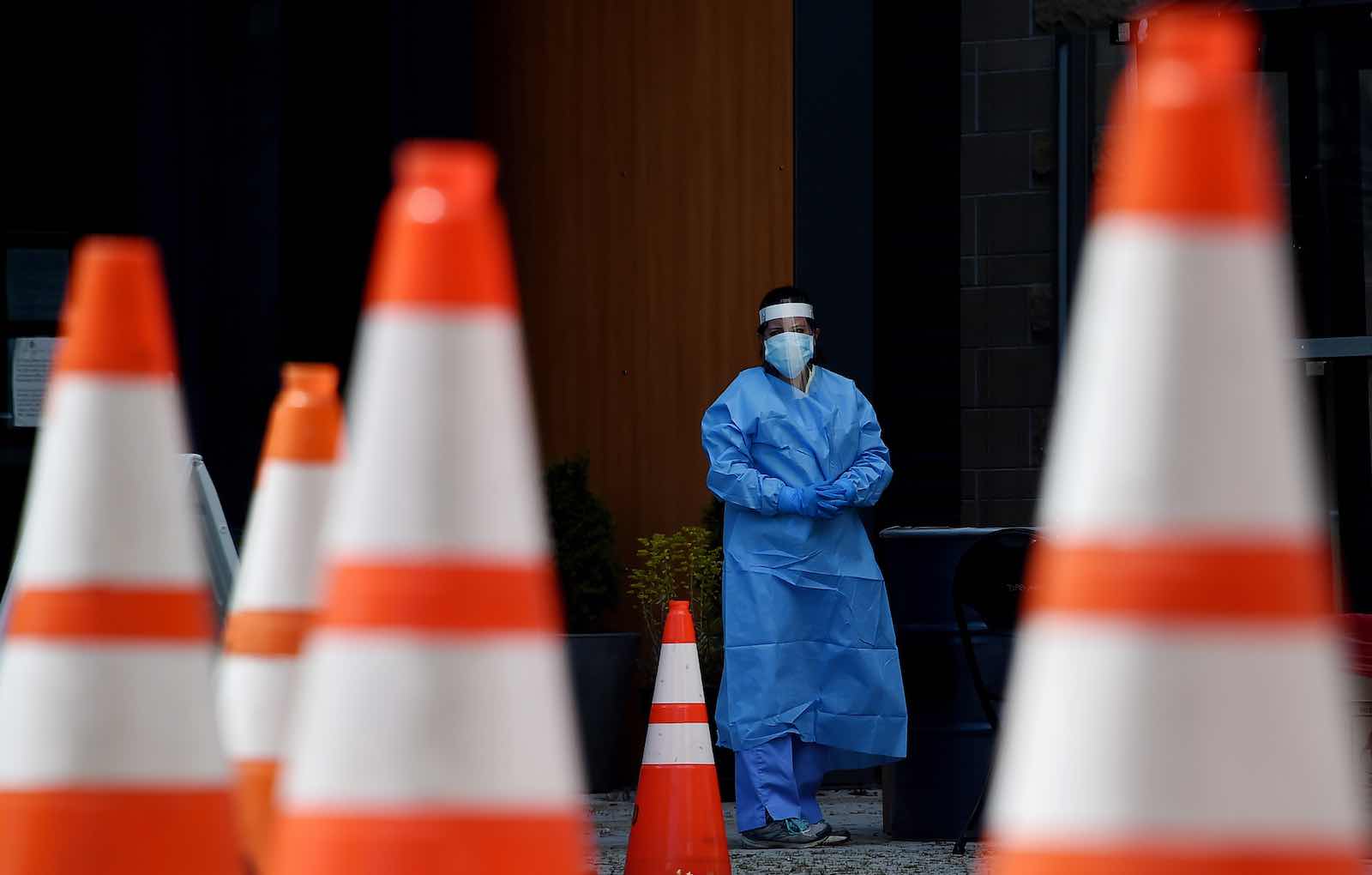 The country rated most prepared for a pandemic has nearly a quarter of all Covid-19 cases and more than 20% of the deaths (Olivier Douliery/AFP via Getty Images)
Published 16 Sep 2020 15:00   0 Comments       Follow @jeremyyoude

The facts are undeniable. The United States has completely botched its response to the Covid-19 outbreak. As of 15 September, America has recorded more than 6.6 million cases of the disease and nearly 200,000 deaths. That means that a country with less than 5% of the world’s population – and that the Global Health Security Index rated as the most prepared to deal with a disease pandemic – is home to nearly a quarter of all Covid-19 cases and more than 20% of the deaths.

It’s easy to blame President Donald Trump for these failures. He repeatedly told the public that the virus was “going to disappear” (even though Trump told Bob Woodward that he was deliberately playing the threat down). He has repeatedly blamed China for the outbreak and suggested it was a biological weapon that escaped from a lab near Wuhan. He promoted untested drugs such as hydroxychloroquine as cures for the disease when in actuality it provides no benefit and is often dangerous. He has repeatedly sidelined scientific experts and interfered with their assessments.

Instead of recognising how global health is in America’s own self-interest, Trump has thwarted efforts at creating a coherent, unified strategy on Covid-19 – something that we know from experience is absolutely vital to effectively addressing the pandemic.

And yet … when we look at the United States, we can’t lay all of the blame at the feet of Donald Trump and his administration.

This does not mean that we should defend Donald Trump, but rather recognise how public health policy is carried out in the United States – and why it poses such challenges for building a coherent strategy.

The biggest public health challenge in the United States is that these policies are largely implemented at the state and local level. The federal government has financial resources and can help set the tone, but it is ultimately up to these subnational governments to decide what makes sense for them.

This is precisely where many of the problems with America’s Covid-19 response emerge – and that is because of how public health has become a partisan issue. Public health is inherently political, but it doesn’t necessarily have to be partisan.

Government policymakers who have aligned themselves with Trump have actively prevented their states from introducing the sorts of policies that have proven effective in stopping the spread of Covid-19.

To illustrate this point, let’s look to the American Midwest. This is the part of the country where I was born and raised (in the state of Iowa) and where I now live (in the state of Minnesota). It has a few large cities, but it’s more rural than the coasts. When outsiders think of the Midwest (and they often don’t, hence its reputation as “flyover country”), the traditional image is one of a region where the cost of living is low, people are nice and life is less stressful.

Despite the seeming homogeneity, the responses by Midwestern state governments to Covid-19 have varied widely – and much of that variation goes back to the interplay between public health and partisanship. If you look at the number of cases per 100,000 people over the past seven days in the United States, Midwestern states – such as North Dakota, South Dakota and Iowa – account for 6 of the 10 highest case loads. This does not mean that all Midwestern states are at the top of the list, though. Illinois ranks 20th, Minnesota ranks 31st and Michigan ranks 36th.

What explains these variations? In the states with high rates of Covid-19 infection, governments have largely avoided introducing mask mandates, have allowed restaurants and other businesses to reopen earlier and have been less inclined to impose restrictions on public gatherings.

South Dakota allowed the Sturgis Motorcycle Rally to occur in mid-August, bringing nearly half a million bikers to western South Dakota – and then causing Covid-19 cases in at least a dozen other states as people took the virus home with them. Republican governors in North Dakota, South Dakota and Iowa have resisted mask mandates, instead “tapping into a spirit of independence” that they feel would be harmed by requiring masks in public.

The governor of Iowa refused to issue at stay-at-home order – something most states did – and forced schools to hold in-person classes. In Wisconsin, the Republican-controlled Legislature and Supreme Court have thwarted Democratic Governor Tony Evers’s efforts to introduce statewide policies, instead arguing that any decisions should be left to local governments.

In each of these cases, government policymakers who have aligned themselves with Trump have actively prevented their states from introducing the sorts of policies that have proved effective in stopping the spread of Covid-19. They have framed their argument in terms of personal freedom, liberty and resisting government overreach – and because so much of public health policy in the United States is devolved to the subnational level, it leads to a confusing patchwork quilt of policies and undermines collective efforts to stop the pandemic’s spread.

This does not mean that Republicans are inherently anti–public health. Some of the states with the most effective responses to Covid-19, such as Vermont, Massachusetts and Maryland, have Republican governors.

Instead, what the poor policy response by the United States to Covid-19 demonstrates is how the interplay between poor leadership at the federal level and partisanship at the state level undermines an effective and coordinated effort. The problem is the confusing, multilayered nature of the American political system, and it unfortunately has consequences for the entire world.