The Quad gives a boost to India’s vaccine diplomacy

Countering China’s influence is one thing. But fostering regional cooperation plays to the strengths of the grouping. 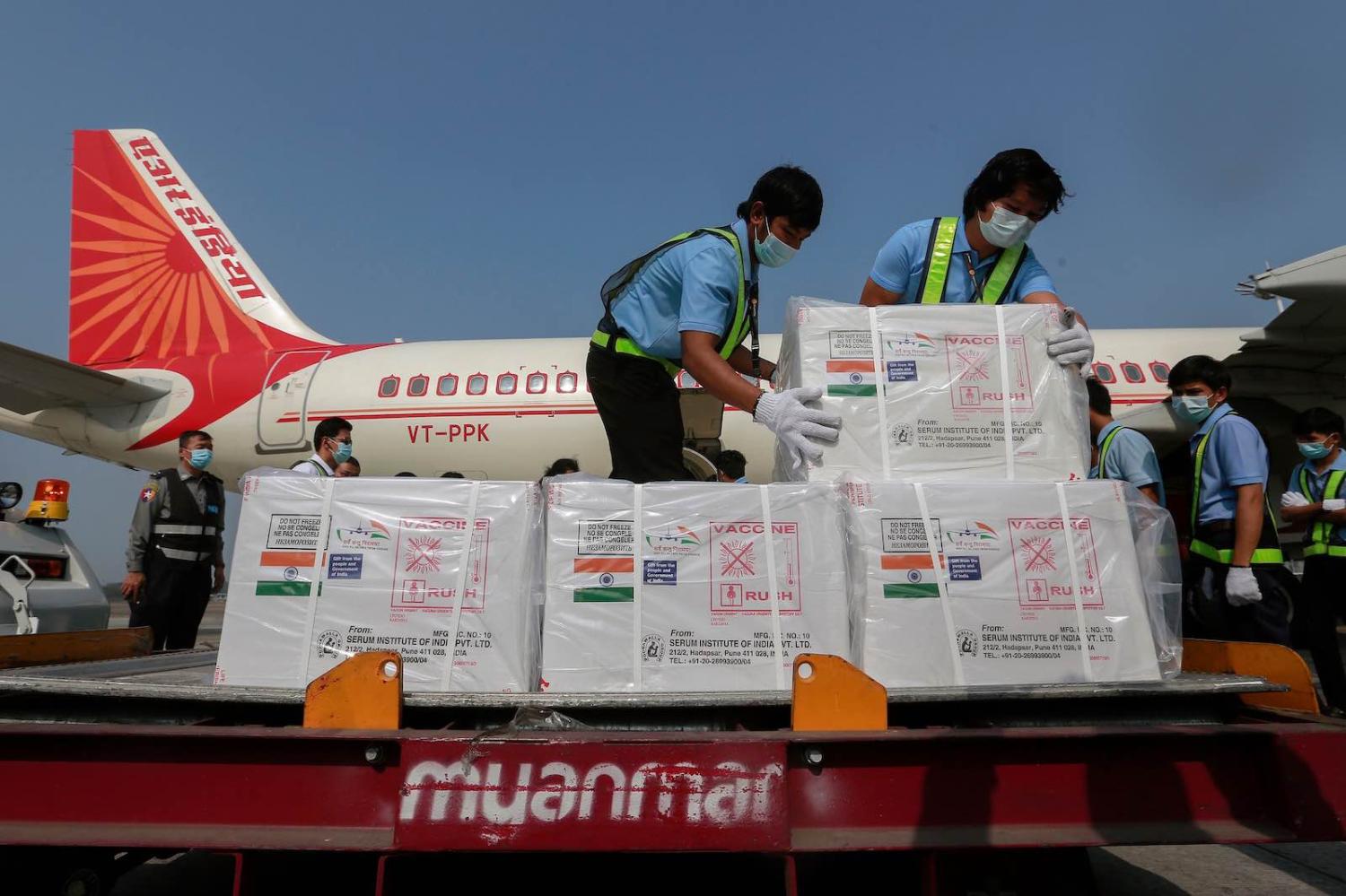 The most notable takeaway from the first-ever “Quad” leaders meeting involving the US, India, Japan and Australia at the weekend was the agreement on expanding the global vaccine supply. The vaccination capacity of India will be increased to produce 1 billion doses by 2022, the leaders announced in a joint statement, as US and Japan plan to fund Indian production of Johnson and Johnson’s single-dose vaccine, which Australia will then distribute across Southeast Asia.

This will undoubtedly boost India’s vaccine diplomacy efforts where it has been providing vaccines to the developing countries, both in its neighbourhood as well as globally. So far 71 countries have received vaccines manufactured in India, fast garnering it the title of “the world’s pharmacy”. Largely, these are developing countries which did not have adequate access to the vaccine.

India’s vaccine diplomacy has won attention for its efforts to make vaccine availability more equitable. There has been criticism that India is working outside the World Health Organisation’s COVAX initiative in supplying vaccines – although India’s External Affairs Minister Subrahmanyam Jaishankar has rejected the “hypocrisy” of such claims, asking “Which one of these countries have said that while I vaccinate my own people, I will inoculate other people who need it as much as we do?”

The Quad is clearly trying to finely balance its cooperative and competitive outlooks in the region.

Since the Covid-19 outbreak in Wuhan in 2020, India has not missed a chance to seek political influence in its region through displays of strategic altruism. The focus on Southeast Asia as a priority region has important geostrategic implications. China has sent more than 60% of its global vaccine supply to Southeast Asia. Undoubtedly, Beijing has attempted to employ a soft-power strategy in this region to soften the stand of these countries on territorial disputes such as that over the South China Sea.

The Quad leaders meeting held on 12 March (Washington time) was historic, not just because it was the first of its kind, but also because it highlighted how the four countries can realistically cooperate in creating a “free, open, secure and prosperous Indo-Pacific region”. Creating an equitable access to an effective vaccine distribution has now become a central goal of the Quad as outlined by the leaders’ joint statement entitled “The Spirit of the Quad”.

Expanding the global vaccine supply is an important chapter for the Quad because it is an early example of international cooperation in efforts to roll out vaccines to the low- and middle-income countries. Supporting India’s expanding vaccine manufacturing capacity has given the Quad a shot in the arm in its cooperation mechanisms in the region.

The Quad is clearly trying to finely balance its cooperative and competitive outlooks in the region. It is doing so as to not appear too antagonistic, which arguably was one of the reasons that eventually led to the demise of the first iteration of the Quad after early meetings between officials in 2007. The reconstituted Quad is now more in tune with the regional realities in that it is seeking to link its security objectives with prosperity and development objectives.

Yet the focus on vaccine collaboration is not purely to act as a counterbalance to China. Another notable element from the Quad leaders’ meeting was to highlight the willingness for the countries to cooperate in areas of climate change. This recognises that the strategic future of the Indo-Pacific involves a linkage of the security and development needs of the countries in the region and is not solely reliant on one dimension or the other. The Quad leaders’ meeting has promoted a framework that fosters multilevel cooperation.

It is also important to note the historic origins of the Quad as a response to the 2004 Indian Ocean tsunami, when the four countries came together to coordinate disaster relief. The Quad’s initial rationale for multilateral cooperation was essentially for delivering humanitarian assistance, which later evolved into more security-oriented cooperation. In that sense, by focusing on delivering vaccines in the region, the Quad is playing to its strength of cooperating to provide regional assistance.

There has been cautious optimism for the future of Quad since its rebirth in 2017, as it now looking at wide ranging areas of “practical cooperation” that is mutually beneficial to all the countries in the grouping – as well as the wider region.

Previous Article
Troubles ahead for the US–South Korea alliance
Next Article
The US and the Rules-Based Order: Testing the plan

Foreign capital flows without effective debt resolution is like Christianity without the threat of hell.
Matthew Dal Santo 7 Dec 2016 10:57

Sold as a celebration of European unity in diversity, the euro is today experienced as an instrument of brutal homogenisation.
Bruce Hill 13 Aug 2018 06:00