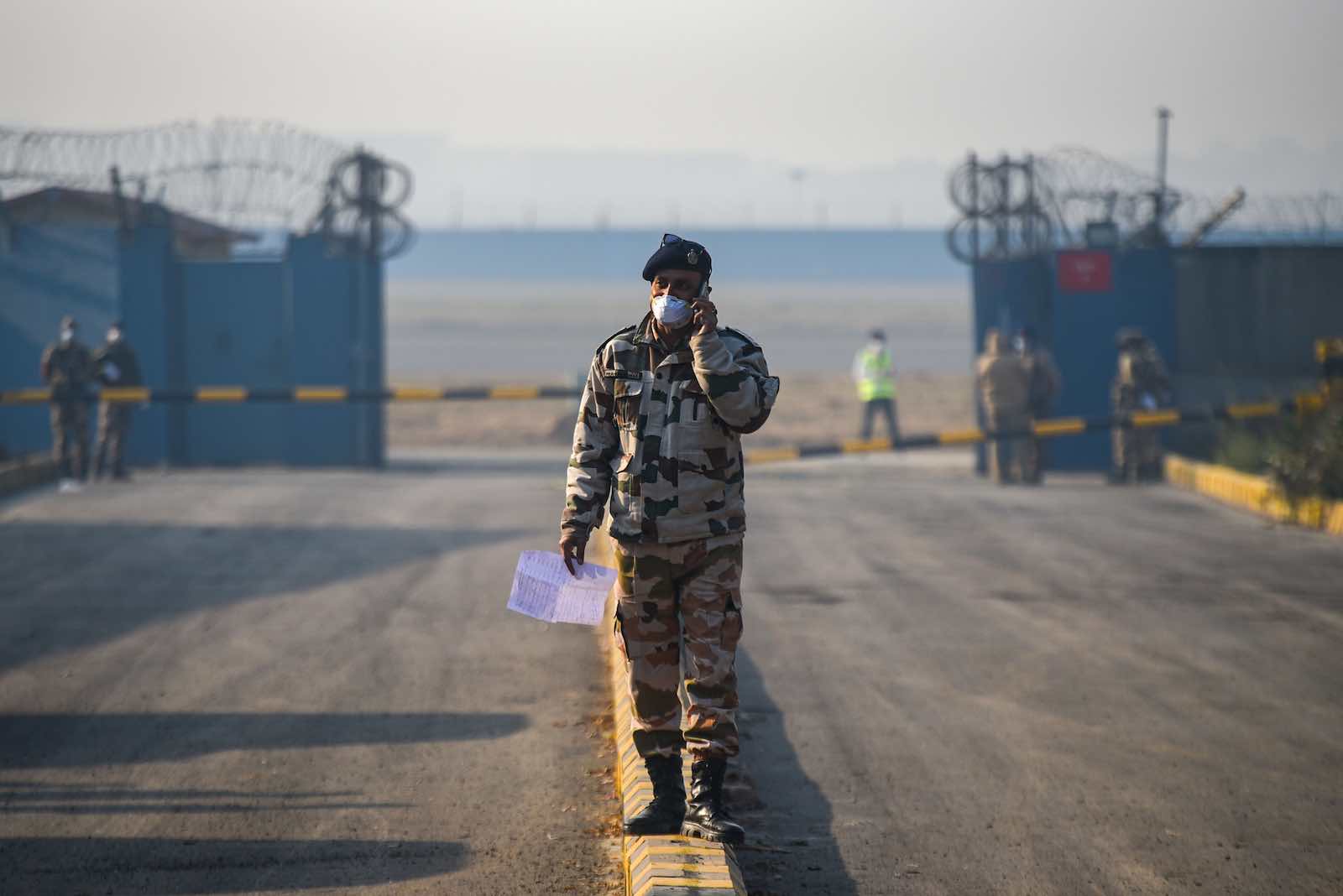 The Indian Air Force last week evacuated 112 people stranded in Wuhan, one of several operations by India to the the Chinese city at the epicentre of the coronavirus outbreak. But while India is one of many countries to help its citizens in need, what was also striking about this particular mission was that 36 people in this group were foreign nationals, primarily from Bangladesh, Myanmar, and Maldives.

The evacuation was somewhat overshadowed by the intense media coverage of US President Donald Trump’s recent visit to India, as well as attention on the outbreak of communal violence in the country. But while India’s evacuations of not just its own citizens but also those belonging to neighbouring countries was mainly a humanitarian mission, it did have significant political ramifications reflecting India’s regional diplomacy.

The evacuation was in keeping with Indian Prime Minister Narendra Modi’s “neighbourhood first policy” – a point that was certainly not lost in local news media coverage in Myanmar. India appeared to be making sure to capitalise on the chance to strengthen friendships in the region. The evacuation was closely followed by a state visit by Myanmar’s President U Win Myint to New Delhi to deepen bilateral ties. The Indian Navy chief of staff also made a visit to Myanmar last week – not long after China’s President Xi Jinping also visited the country.

Such developments are important to note for at least two reasons.

First, the Indo-Chinese rivalry in Myanmar has increased as India has stepped up its “Act East” policy. Myanmar is of special importance to India not only because it acts as a bridge to the larger Southeast Asia region, but also because India competes directly with China in creating strategic ties. Beijing is seeking to establish a China-Myanmar Economic Corridor under its Belt and Road Initiative, while India is facilitating the India-Myanmar-Thailand Trilateral Highway, which would connect the port of Kolkata in India to Sittwe, in Myanmar’s Rakhine state.

The second reason to pay attention here is that Myanmar is expanding its efforts to seek regional support in the face of pressure internationally over its treatment of the Rohingyas, and is increasingly looking to India for help. Gambia’s case against Myanmar at the International Court of Justice (ICJ) for perpetrating genocidal acts against the Rohingya, and slow progress on the safe return of thousands of Rohingyas who fled to Bangladesh since 2017 have halted the flow of foreign aid into the country. In addition, the Trump administration placed immigration and travel bans on Myanmar in January, citing national security reasons. This has prompted Myanmar to seek regional support.

Myanmar will not break off its relations with China … nevertheless, with the coronavirus outbreak, India is fast emerging as a counterweight for Myanmar’s strategic relations in the region.

While Myanmar had readily turned to China, marked by Xi’s visit to the country in January, the first by a Chinese President in 19 years, the outbreak of coronavirus has badly weakened Myanmar’s trade with China. Moreover, the spread of coronavirus is being seen as a major health threat to Myanmar. The two countries share large border areas, and tourism brings many Chinese travellers.

In light of the health risk, Myanmar has suspended visas for Chinese travellers as well as asking tour companies to suspend services to Chinese travellers temporarily. A flight full of passengers from Guangzhou was returned on arrival over coronavirus fears. It was a big step for Myanmar, however, to impose such harsh restrictions against China, as it could impact Myanmar’s relations.

Under these circumstances, Naypyidaw is also turning to New Delhi. Indeed, the foundations of such a move were laid last year, when the two countries signed a defence cooperation agreement in a bid to boost military cooperation. Importantly, during President U Win Myint’s visit last week, India and Myanmar signed ten memoranda of understanding focussing on development projects with India’s assistance, particularly in Rakhine state, which has witnessed notorious violence as the Rohingyas fled persecution.

Myanmar will not break off its relations with China, as evident by its provision of humanitarian assistance to Beijing to fight the coronavirus and other recent announcements such as a commitment to cooperate against the illegal wildlife trade. Nevertheless, with the coronavirus outbreak, India is fast emerging as a counterweight for Myanmar’s strategic relations in the region.

India has a chance to sustain this momentum in the deepening of India-Myanmar relations. But it can only do so by providing a serious alternative model of economic cooperation. In the current climate of the economic slowdown and domestic unrest in India, this might seem unlikely. Yet if Modi is serious about putting the neighbourhood first, now is the chance.