Modern war is seen as a managed risk, but how would Australians cope in a conflict with thousands of soldiers killed? 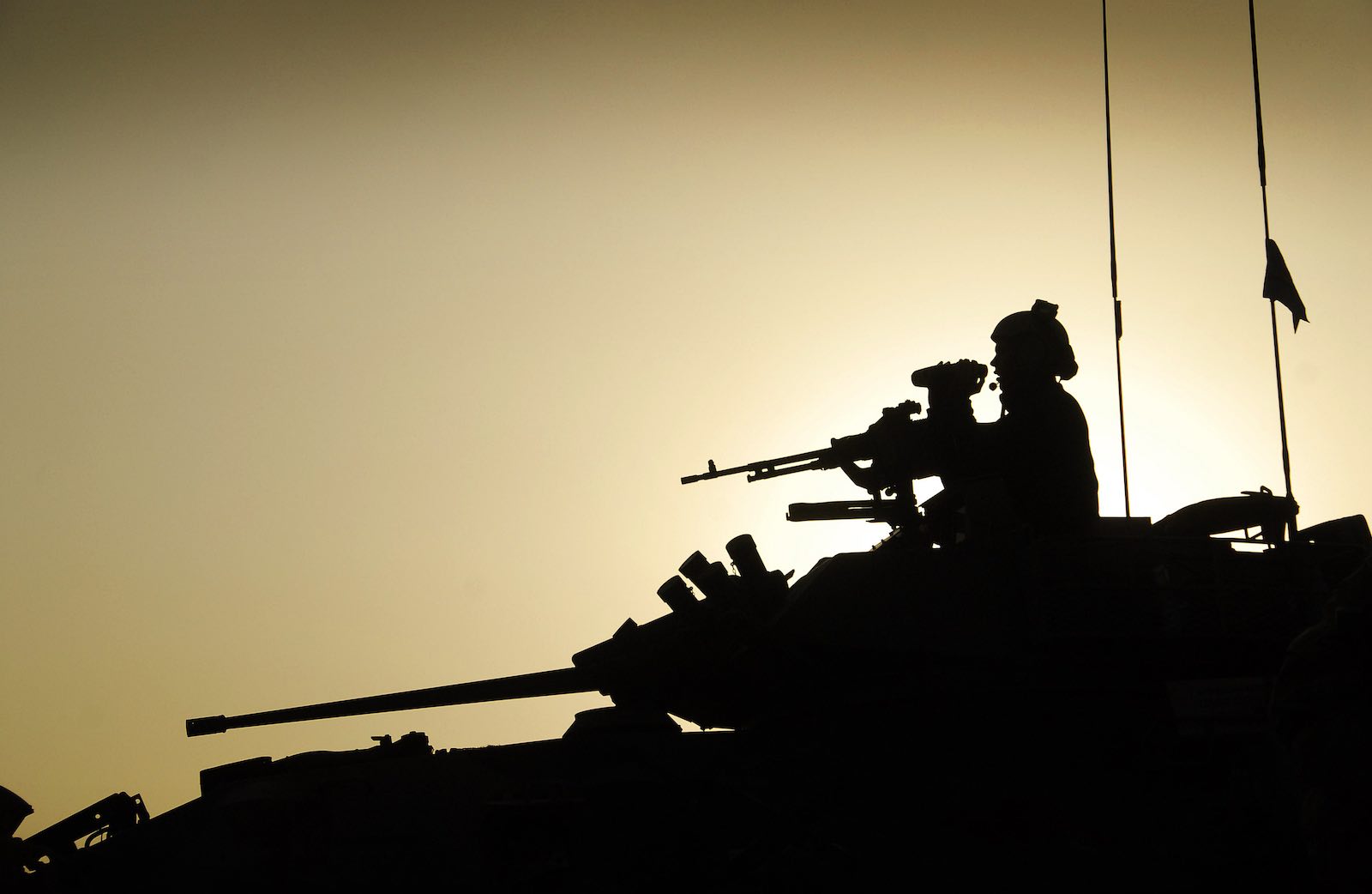 For most Australians, the kind of intensive war that inflicts hundreds or even thousands of Australian military casualties in a short period is a reflection of distant history,­ not part of an imaginable future. The public has learned to understand “war” as consisting of carefully risk-managed niche contributions to coalition operations. The bearable cost seems to be a moderate death rate, a need to recruit more soldiers, and a veterans’ rehabilitation program.

Yet there is a yawning gap between this price and the probable bloodletting of intensive war – a war that government, the Defence Department and many analysts recognise is possible in an increasingly unstable region. The probability that future war will be brutally intense only rises as regional states grow their military capability – compounded by the possibility that future enemies may have a different understanding of what war is, as Australia’s defence chief General Angus Campbell has pointed out.

The next war will not be described as “quiet” operations and 600 dead soldiers in a month is a far cry from 42 over 11 years in Afghanistan.

As a consequence, the Australian Defence Force now has a mandate to widen its focus from several decades of counterinsurgency operations to the whole spectrum of conflict. The government’s commitment to deter or conduct conventional war is clear in the decision to acquire 12 submarines, strike aircraft and a new fleet of armoured vehicles; however, implicit in these acquisitions is preparation for a contest of killing, a reality that is only obliquely discussed.

The Army has always understood that intensive warfare means mass casualties. Before the shift to a focus on the defence of Australia in the 1970s, Army was organised to conduct major conventional operations and its training and doctrine reflected historical experience. The last available planning figures come from 1987 and the figures are eye watering. Against a conventional force today, an Australian brigade would lose 36 Australian soldiers in the first month on “quiet” operations, 600 in “sustained” operations, and 2760 soldiers in “intensive” fighting.

While enhancements in personal protection and medical capabilities have greatly improved survival rates, there is little reason to believe that figures calculated on the datasets of past wars do not have predictive power. Indeed, there is a plausible argument that improvements in technology has enabled both precision weapons and the precision application of area weapons to increase lethality significantly. The next war will not be described as “quiet” operations and 600 dead soldiers in a month is a far cry from 42 over 11 years in Afghanistan.

ADF commanders are preparing to execute intensive warfighting in the future, however, the Army’s recent characterisation as a boutique force is reflected in its lean structure and staffing. While the infantry’s dismounted combat capability to fight and win a conventional battle is second to none, their capacity to sustain significant casualties and remain operational for successive battles is less clear – and similar optimism is revealed in the modest capacity of the health support the Army is able to deploy. These “economy of effort” arrangements are entirely appropriate for counterinsurgency or stability operations, but at odds with experience gained in earlier wars.

There are a range of provisions that Australia must make to be able to sustain, and therefore not be defeated by, an intensive war. These include matters such as provision of resource stockpiles and reducing the fragility of infrastructure networks and supply chains. An absolutely fundamental issue, however, is the capacity to replace casualties.

This requires the Australian community to both provide personnel to the ADF and bear the additional costs. At the policy and political level, there is need for appropriate policy and legislative provision. Above all there is the need to shift social and political expectations about human casualties being abnormal.

Expectations may need to change in the ADF also – it is unclear whether it is culturally prepared for intensive war. Arguably, the casualty threshold was not tested during the last ten years. From one combat death to 10, to 40, the public didn’t really blink an eye, although the politicians seized the moment. Joint announcements between political and ADF leaders, ramp ceremonies, and military funerals were all attended by politicians from both sides. At what level of mass casualties do such rituals become unsustainable?

The gap between professional and public understanding might be described as a lack of societal engagement with a deteriorating regional security environment. The assumption is that because the ADF is a highly competent organisation, the risks and costs of instability can be outsourced to it. This then translates to the lack of planning or legislative arrangements for a whole of nation effort. It is reflected in the failure to mandate substantial stocks of fuel or other key imports that are essential for the economy, much less the provision of war stocks.

Of course, if the public and the government do not wish to pay these costs then the alternative is to rethink national security strategy. Options currently under discussion include armed neutrality, a return to the defence of Australia, and variations on the introduction of national service. But these are not debates that should be settled on the battlefield.

Show Comments
Previous Article
The heights of China’s ambition in Antarctica
Next Article
Professor White, the bomb can endanger but not defend Australia