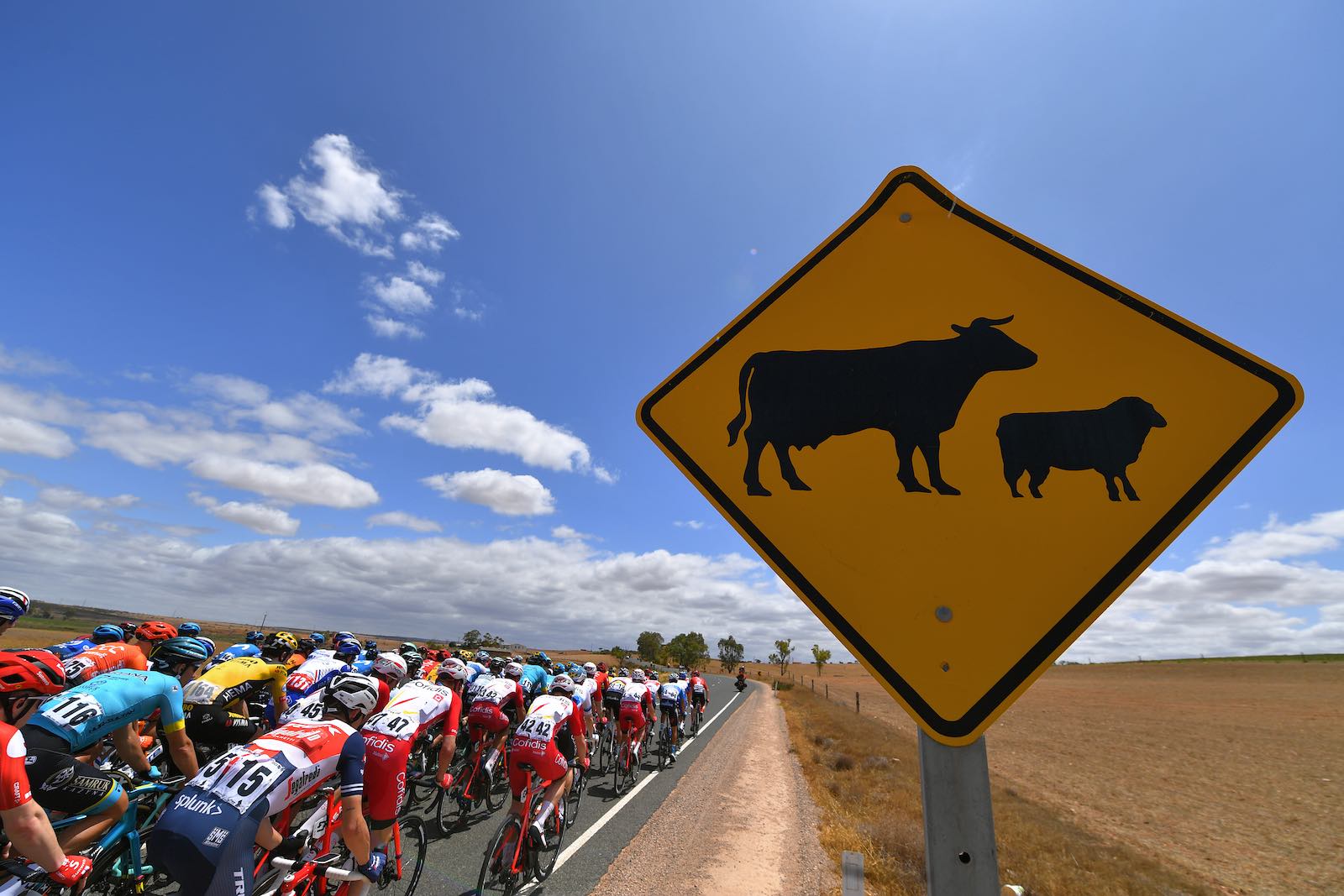 Taking one for the team

Spare a thought for Japanese company Kirin, which entered Australia in the vanguard of new ambitions for Asian economic engagement but is now a victim of an undeclared trade war with China.

Treasurer Josh Frydenberg’s move to prevent Kirin selling its unsuccessful Lion Dairy and Drinks subsidiary to China Mengniu Dairy this week has illustrated the tensions involved in the new mantra of economic sovereignty and of building regional bonds to manage China.

A major company from Australia’s closest Asian ally has been used to deliver a tit-for-tat message to China over recent sanctions on farm exports. It also appears to have been used to help the government show it is trying to support Australian-owned manufacturing – in this case for dairy products which the country will nevertheless want to export to open Asian markets.

And to add extra injury to the national service, only last week Kirin’s 2007 purchase of dairy and fruit juice assets for almost $4 billion was listed in The Australian Financial Review as one of the ten worst foreign investment deals in Australia.

It was all very different in 2009, when Kirin executive Masaki Harada gave an unusually frank and ambitious presentation for a Japanese businessman at the Lowy Institute about how Australia was a less risky place to invest than Southeast Asia, and his company planned to revolutionise the Australian food industry with its Japanese technology and marketing techniques.

With Australia seeking ever-closer regional cooperation with Japan these days, it will be interesting to see whether the country’s investors will be unnerved by being caught in Australia’s trade row with China.

In 2009, this was the largest Japanese investment in Australia outside the more traditional resources sector. Kirin’s commercial networks in the region were supposed to achieve the much-promoted trade policy objective of supplying more branded, value-added food to middle-class Asia, rather than just raw farm commodities. This type of deal – combining Australian raw products or services expertise with Asian capital, logistics or cheap labour – should have been the holy grail of Asian engagement.

So it is ironic that in the promotion of Kirin’s $600 million sale to of the Lion business to Mengniu last December, there were suggestions that the Chinese company might be better able to push Australian-processed farm products into Asia.

The original Kirin deal was symbolic from an international relations perspective, because it was part of a mutually reinforcing cycle of simultaneous deeper security ties and broader economic ties between Australia and Japan.

However, that cycle was already being overshadowed then by the sheer weight of capital inflow and two-way trade with China, which now may have hit a symbolic end with the rejection of Mengniu’s proposed third dairy-industry investment, despite approval from key government regulatory advisers.

So, with Australia seeking ever-closer regional cooperation with Japan these days, it will be interesting to see whether the country’s investors will be unnerved by being caught in Australia’s trade row with China like Kirin has been.

Or perhaps they will realise that with the Chinese competition off the field, the time is ripe for a bit of opportunistic bottom fishing in their investment-starved close ally.

Money in the mail

Remittances to lower-income countries by overseas workers had been forecast to overtake foreign direct investment as well as aid flows at a global level in the past year.

Whether that tipping point will be sustained in the post-pandemic world remains to be seen. But new research shows how this source of money may have held up better than expected in the Pacific during the coronavirus pandemic. This comes just as the federal government moves to restart Australia’s remittance-generating seasonal worker program, despite the Covid-19 constraints.

The tentative findings by the Australian National University Development Policy Centre, using Fijian and Samoan data, show that remittance money fell initially but bounced back quickly. Economists Stephen Howes and Sherman Surandiran write in a new series on Covid in the Pacific:

Perhaps the diaspora is rallying, or perhaps this is an indirect benefit of the large stimulus packages being provided in countries such as Australia, which has actually led to aggregate consumption growth.

There was some uncertainty about how strong this trend might really be during a webinar discussion on Covid in the Pacific hosted by the Centre. But it is at least a positive indicator for how Australia manages the challenge of helping the region emerge from the pandemic.

Despite the swift redeployment of emergency money in the Covid Partnerships for Recovery program, the likely lack of any new aid funding in October’s budget means non-cash initiatives like the Pacific and Timor-Leste farm worker visa scheme will need to deliver. Foreign Minister Marise Payne implicitly made this point in last week’s announcement of the new program:

Our labour mobility programs deliver direct and tangible benefits to our Pacific family, providing income, skills and valuable remittances to support the economic development of our region.

But the pressure will be on the federal bureaucracy and the agriculture industry groups to deliver this program in a safer way than Victoria delivered hotel quarantine and NSW managed the Ruby Princess arrival.

Meanwhile, the Covid pandemic is having a quite varied economic impact across the Pacific region, which will require some deft management of how Australia deploys its recovery resources.

The Development Policy Centre research shows that this reflects both different economic growth forces in these countries and quite different access to recovery spending finance.

The positive point is that, on average, Pacific countries have managed to pull together greater emergency spending resources than the developing world average of 1.1% of GDP. But these range widely from 8.3% for Timor-Leste to 0.6% for Papua New Guinea. (Australia stands out regionally, as well as globally, at 9.5%)

There is a clear hierarchy emerging, with self-funded countries led by Timor, which has its oil-based sovereign wealth fund, and Vanuatu, which has built up reserves selling modified citizenship in recent years.

Then there are the aid-funded countries – Samoa, Solomon Islands and Tonga – which have matched their Covid spending to their external assistance. Finally, more worrying are the two most populous countries, Fiji and PNG, which are constrained by lack of significant reserves or foreign grants, with limited borrowing capacity and falling revenue from tourism (Fiji) and commodities (PNG).

Beyond immediate assistance measures, Australia is considering funding more employment-intensive infrastructure projects to adjust for the job losses caused by Covid-19. Department of Foreign Affairs and Trade economist Jenny Gordon says the two-year-old Australia Infrastructure Financing Facility for the Pacific (AIFFP) is looking at projects such as road maintenance, in a shift from its planned focus on projects with long term structural economic impact. “That’s the way AIFFP is thinking of pivoting,” she told the webinar.

Shadow foreign minister Penny Wong spent a lot of time before the last election claiming geo-economics as her preferred field for engagement in the world as a prospective minister.

And this territorial claim came as the Morrison government was shifting from former foreign minister Julie Bishop’s preferred nomenclature of economic diplomacy to the framework of commercial diplomacy and its more businesslike sound.

But now Wong seems to have moved on – rhetorically, at least. She told an Australian Strategic Policy Institute webinar last week that while she had been focused a lot on geo-economics, she now saw a need for DFAT to be engaged across a broader range of domains where money and diplomacy intersect. These ranged from cybersecurity to state government engagement with foreign countries and to supply chains.

But trade minister Simon Birmingham is proving to be more of a traditionalist when it comes to the intersection of business and foreign policy institutions. He said at the launch of an Asialink/Commonwealth Bank report on business engagement in Asia that companies should see the whole diplomatic network as a resource to be accessed when expanding offshore. “Economic diplomacy is at the core of what all missions do,” Birmingham said of a department facing another round of job cuts.