Combat drones could loiter over targets for hours longer than a crewed aircraft, posing a very different type of threat. 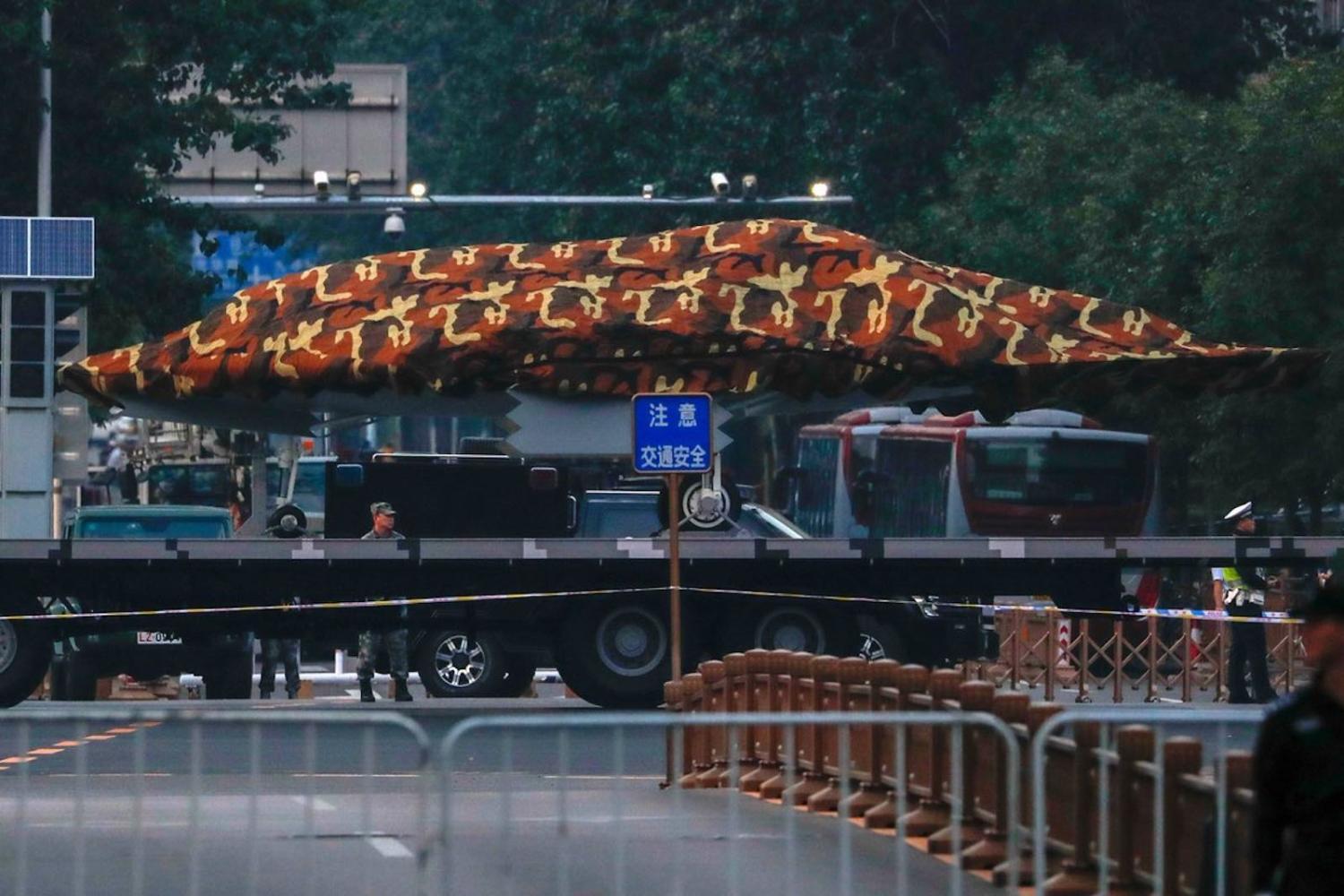 In Saudi Arabia, a combined drone and cruise missile attack conducted by still-unknown forces (either Iran, Iraqi proxy groups, Yemeni militia forces, or a combination of all three) caused significant damage to the Kingdom’s most important oil facility. Defence writer Tyler Rogoway is alarmed about the implications:

… this was an unprecedented attack… It’s well established what non-state actors can already do with relatively low-end unmanned aircraft technology – Houthi rebels alone have been using suicide drones for two and a half years – just imagine what a peer state will be able to do in the very near future … America's adversaries are all too aware of this game-changing potential and the lack of defences to counter it in any robust manner.

Phrases such as “game-changing” should be used sparingly. If states can develop weapons of this type, they can also develop defences against them. But Rogoway is certainly right that America doesn’t have such defences yet, nor does Australia.

This matters not because Australia is at imminent threat from Iran or from Yemeni militias, but because China is investing in a new generation of combat drones, and as it happens, some of this new tech is about to be unveiled to the public.

The Chinese military is busy preparing for a 1 October military parade to mark the 70th anniversary of the communist revolution, and the rehearsals on Beijing’s streets already have the online community of Chinese military enthusiasts buzzing. Here’s an example of what Beijingers have seen:

The object under the tarpaulin is almost certainly the Sharp Sword drone (image courtesy of Sinodefence Forum). But this is a particular kind of drone known as an unmanned combat air vehicle (UCAV), with the word “combat” denoting that the aircraft is armed.

UCAVs are not new. The US has been using drones armed with missiles and guided bombs for many years in the war against terrorism. What makes Sharp Sword different, as you can see more clearly from this photo of an earlier prototype, is that it is stealthy, which means it is built not for Afghanistan-type scenarios, where the enemy is equipped with little more than rifles, but for situations where it might have to evade sophisticated air defences.

It is worth examining why China is investing so heavily in drones, particularly UCAVs. The US has no equivalent to Sharp Sword, and in fact the Pentagon seems to have decided not to invest in “high-end” combat drones that could be used against sophisticated air defences (with the possible exception of a small classified program). For the foreseeable future, the US sees UCAVs as being confined to the war against terrorism.

The US has no equivalent to Sharp Sword, and in fact the Pentagon seems to have decided not to invest in “high-end” combat drones that could be used against sophisticated air defences.

Some US commentators and think tanks have been highly critical of this decision, in a way that reveals why China might have taken the opposite view. A 2015 report by the Center for New American Security calculates that if the US Navy replaced its mainstay carrier-based combat aircraft, the Super Hornet, with a UCAV rather than an equivalent crewed aircraft, the savings are likely to be in the vicinity of US$100 billion. That’s because, while UCAVs are unlikely to be any cheaper to buy, they will be significantly cheaper to operate over their lifespan. With pilots flying remotely rather than from the cockpit, training can be conducted almost entirely in the simulator, meaning fewer flight hours, fewer crash replacements, and no need for a fleet of training aircraft.

So on cost alone, the case for UCAVs is attractive. But are they as good? Can they do what crewed combat aircraft can do? Not everything, but the range of missions UCAVs can achieve is expanding, and there are some obvious things they are already better at.

Most notably, drones have greater range (the space taken up by the air crew and the myriad systems needed to keep them alive can instead be used for fuel) and they have persistence. Crewed combat aircraft are restricted by the endurance of the air crew, but it is possible to imagine a UCAV such as Sharp Sword loitering over a target area for hours at a time, retreating briefly in order to refuel from an aerial tanker, and then returning to the combat area, over and over again for 24 or even 48 hours before needing to land.

That represents a major leap in capability because any single UCAV is going to be able to spend much more of its time in combat than an equivalent crewed aircraft. So either you can buy fewer UCAVs for the same combat power, or the same number and get much more combat power.

What’s the message for Australia?

Well, if we are serious about defending the Australian continent against a sophisticated adversary such as China, we may need to rethink our assumptions about the kind of aerial threat we will face. Hugh White’s recent book How to Defend Australia says that in the worst case, China might project 10% of its air power against Australia, or 200 aircraft.

If those are all crewed aircraft, we can make some assumptions about how long each aircraft could loiter over a target, and thus how much combat power they actually represent. But if, say, half of those 200 aircraft are Sharp Sword UCAVs, those combat-power figures are going to rise substantially. And if, as Tyler Rogoway suggests in this Twitter exchange with me, the crewed fighters can deploy dozens or even hundreds of mini drones over a target area, the problem gets harder still.

It seems clear that in the age of widely deployed Chinese UCAVs, Australia will need to rethink the task of defending our air space.

How a country judges itself is the basis for international relations.
Aly Verjee 22 Dec 2016 09:07

Most analyses of China’s relations with South Sudan begin and end with oil, but this is far from the whole story.
Caitlin Byrne 23 Jun 2021 06:00