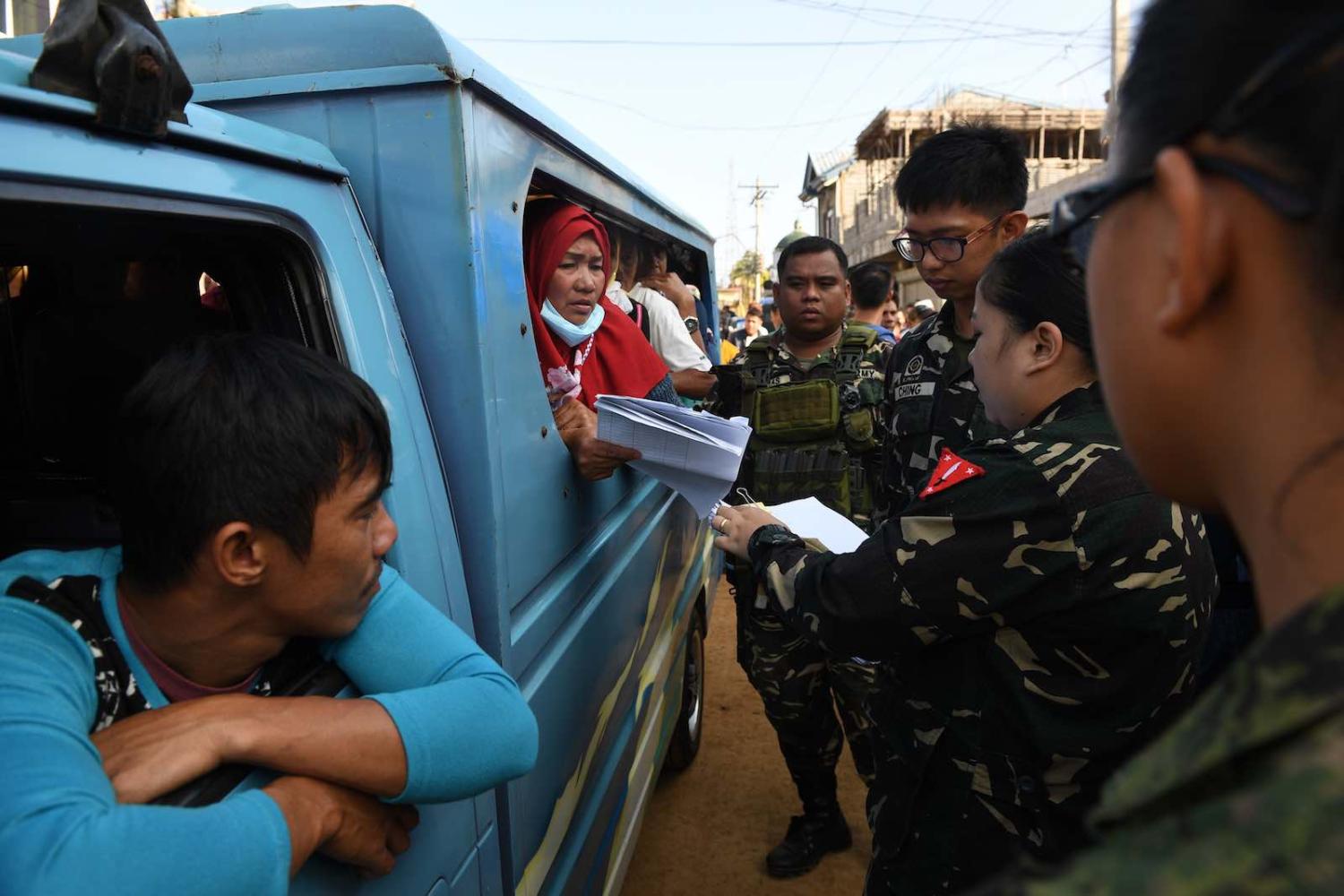 Mindanao has always been a militarised zone due to the combined influence of insurgency, high criminality, and clan violence. Yet the five-month Marawi siege in 2017 and the aftermath has further amplified what can be best described as a “securitised” state. More than 12,000 troops were deployed to fight and remove at least 500 heavily armed militants belonging to the Abu Sayyaf Group, Maute Group, as well as foreign and local fighters that had pledged their allegiance to ISIS. The whole region is still under martial law until the end of this year, which gives the military enormous power to quell any rebellion, as well as to arrest and detain suspected insurgents.

This makes for a challenging environment for NGOs to operate. Yet strengthening a harmonious and engaged civil society and military relationship is vital to securing peace and stability in Bangsamoro.

The intense fighting and aerial bombing of the city has led to a massive humanitarian crisis, displacing approximately 300,000 people leaving many of them homeless and without property. About 200,000 of those displaced went to evacuation centres, while the rest opted to be home-based. The Asian Development Bank has estimated the total damages and losses from the siege to be about $348 million, while at least $1.5 billion is needed to rehabilitate Marawi.

While the Philippine government, through its social welfare units and local authorities, provided humanitarian assistance to Marawi evacuees, the crisis spawned a civil society renaissance in the Bangsamoro area. A total of 128 organisations provided food, cash, health, water, sanitation and other services during and in the aftermath of the siege, according to the UN Office for the Coordination of Humanitarian Affairs.

Other NGOs active during the siege came from backgrounds with prior extensive work on peacebuilding, such as Balay Mindanaw, or psychological health intervention, such as the Center of Psychological Extension and Research Services of the Ateneo de Davao University (COPERS). There were also many faith-based organisations – Catholic diocesan and Protestant church-arms, for example – and relative novices among Moro professional and youth groups.

When links are based on interpersonal ties between NGO workers and commanders, they often prove unsustainable.

None of this sprang from a vacuum. Various peace agreements over the years created mechanisms which allowed NGOs to monitor and report combatant violations of ceasefire terms. This showed the importance of NGOs to the parties in the conflict. Many military units with forward-looking commanders have also incorporated peace building programs, including the skills of negotiation and dialogue for conflict resolution by conducting training co-designed by NGOs for deployed officers and soldiers on the frontlines.

But the Marawi response also pointed to the tenuousness of peace time institutional linkages between the NGO community and the military. As military units rotate between different insurgency fronts, many prejudiced ideas about NGOs persist, including “red tagging” – the practice of identifying and targeting NGOs as fronts for the Communist Party of the Philippines-New People’s Army – or simply because they are seen as partisan to Moro groups. NGOs monitor and report on military violations of ceasefire agreements, but lack leverage in pressuring military units against paramilitary recruitment or checking militia abuses. When links are based on interpersonal ties between NGO workers and commanders, they often prove unsustainable. And the military has also displayed a preference for Manila-based NGOs connected to headquarters and deep pocket charities attached to big corporations.

During the siege, the military ran its own civil-military coordination platform for receiving and delivering humanitarian aid for soldiers, while NGOs worked to deliver aid to displaced civilians. It was a case of loose coordination, rather than collaboration and communication, which mostly characterised civil society and military engagement during the siege. The interface was limited to securing permits and passes that allowed access to highways and corridors strictly controlled by military checkpoints and patrols. This didn’t amount to substantive collaboration on the ground.

Communication between NGOs and military was also highly contested. Tensions spiked around allegations of looting by military personnel, violation of rights of those rescued from the main battle area, and unchecked proliferation of firearms. Despite years of prior engagements between local NGOs and the military in disaster response and peace-building work, none of these historical connections or stores of trust were drawn upon by the authorities during the Marawi response.

This also resulted in divisions within the local NGO community. Humanitarian service-focused entities were differential to the securitised space controlled by the military, while the rights-based advocacy groups were suspicious of the military citing lack of transparency and action on human rights complaints.

Tensions persist. A shift in focus from humanitarian to reconstruction has accentuated a delicate relationship between the military and civil society in Mindanao. The recent announcement about the opening of a 10-hectare military base in Marawi and the slow pace of rehabilitation efforts hasn’t helped either.

There is an urgent need to revitalise the platforms used successfully in peacetime in the past to thrash out issues between civil society and military in an open and transparent manner. This will also help build trust and could pave the way for more collaborative relationships in future crisis or emergency challenges in Bangsamoro.

Previous Article
What’s so strategic about baby-food?
Next Article
The sharp sword: China and the drone threat to Australia

Updates from across the aid and development field.
Jonathan Pryke 6 Mar 2017 16:24

Lockdown déjà vu in the Philippines