The backlash to “brownface” in Singapore

A racist advert on the state broadcaster has again thrust tensions about Singapore society into the limelight. 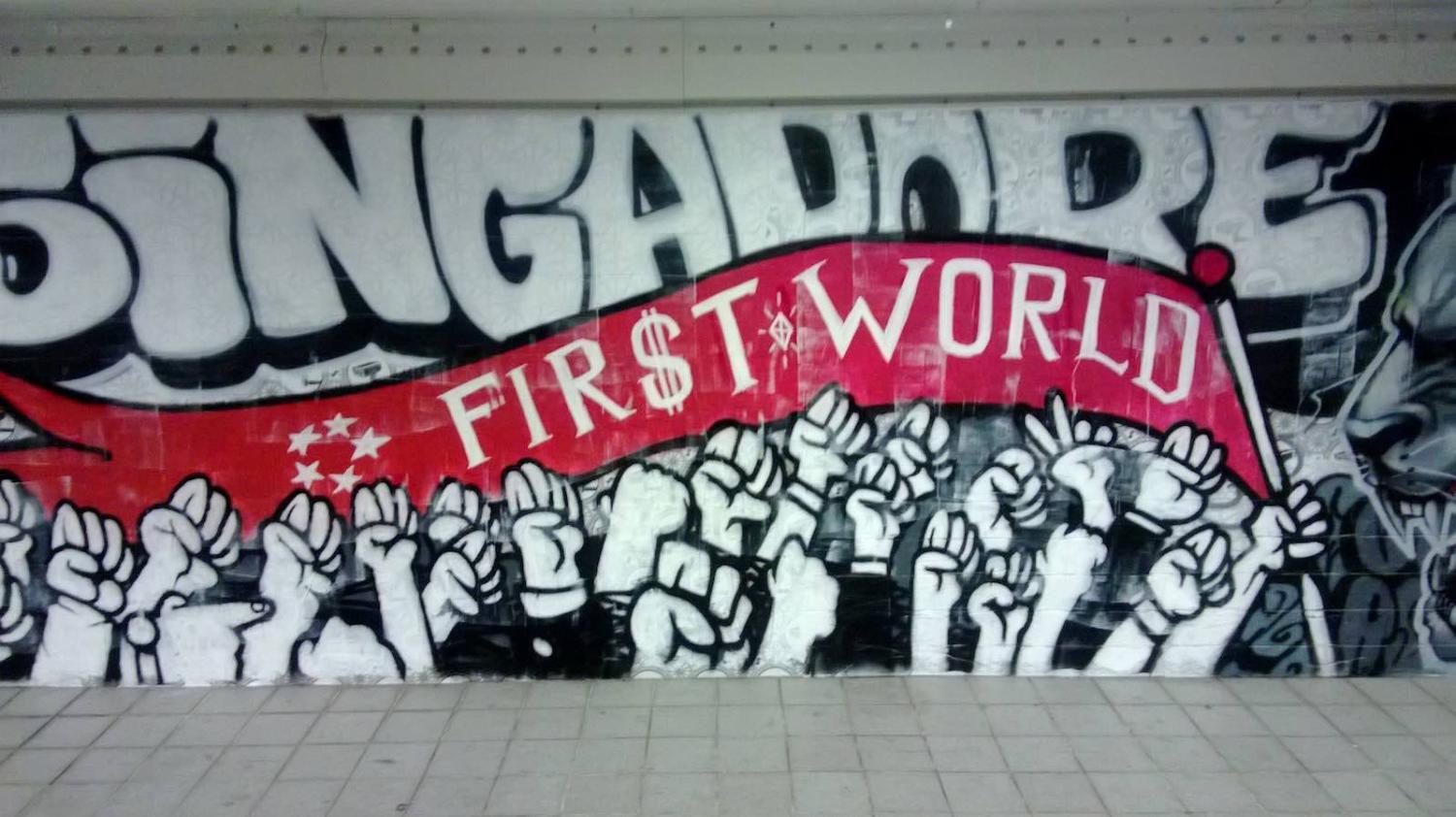 Singapore is often touted as a modern marvel, an Asian Tiger with an enviable economy and a post-independence history that has been free of racial and religious tensions. It is considered a multiracial success that should be emulated by other countries with diverse populations.

Underneath the surface, however, stories of a strained relationship between its majority Chinese population and minority Singaporeans have repeatedly swirled.

Those tensions bubbled up again last week, when publicity material for an initiative by the Singapore government showed a Chinese actor darkening his skin to portray minorities.

“E-pay” is the Singapore government’s new electronic payment initiative. Mediacorp, the state-owned media giant that operates all free-to-air channels in Singapore, released an advertisement promoting the new system. In it, Singaporean Chinese actor and comedian Dennis Chew portrays four characters, two of them caricatures of Singaporean minorities. He does this in the advert by darkening his skin or wearing cultural clothing and holding up foods associated with these communities – all of which are markers of racial identity.

The backlash was swift.

In the United States and Australia, “blackface” – the darkening of skin by lighter-skinned or white people in order to “play” a minority character – has a long history. In the US, its origins lie in minstrelsy, and in Australia in anti-indigeneity.

It is always considered an act of racism.

Singapore’s government has lauded its policies on ethnic management in the past and stressed that it believes in equal treatment of minorities. Yet this latest episode raised awkward questions. How was it no-one appeared to think twice about the content of the advert? Not in the ad agency, in state media, or in the government bodies that vetted this? How well-integrated are minorities if entire advertisements can be produced and published by the state without anyone noticing the inherent racism behind them?

Perhaps it would be easy to pass this off as a one-time affair. However, brownface in Singapore is sadly prevalent.

Perhaps it would be easy to pass this off as a one-time affair. However, brownface in Singapore is sadly prevalent. In 2012, the United Overseas Bank (UOB) had to issue an apology for a Bollywood-themed party where participants dressed in brownface. In 2015, Desmond Tan, a well-known actor, darkened his skin in an Instagram picture. In 2016, Mediacorp, the same broadcaster implicated in the recent controversy, had to remove an episode of a drama series as a Chinese actor appeared in blackface in order to play an African man.

It seems Mediacorp has not learned from its past.

Brownface, just like its darker counterpart, is used to humiliate, dehumanise, and mock those who are considered “less than” within a society. It has been used in Singapore to perpetuate demeaning stereotypes of minorities. And brownface is illustrative of how those with privilege can play at being a racialised minority for a few hours and then can go home and take it off, while the people they stereotype can never stop being minorities who continue to deal with discrimination.

A conversation about racism in Singapore has surged in recent years, propelled by the introduction of the term “Chinese Privilege” into common parlance. Singaporean minorities use this term and the theory around it to discuss racism openly, in stark contrast to years gone by, when talking about race was seen to cause tension. Many of the ethnic integration policies that the Singapore state prides itself on have themselves been criticised as perpetuating racism.

A history of ongoing oppression makes brownface part of a larger systemic problem of racism within Singapore. This may come as a shock to many in the West who are used to thinking of racism in black and white terms. Yet, countries such Singapore show that racism is not limited to a particular race, and instead is usually an echo of the system and society that perpetuate it.

In the midst of those who defended the advertisement, Singaporean Chinese comic Rachel Pang’s poignant drawings on the damaging impact of racism have proved popular, reminding everyone that real change comes from a willingness to listen with empathy.

Previous Article
Down and out in Dhaka
Next Article
Is North Korea still interested in working-level talks?

Public attitudes towards China and its leadership have shifted over the years. Coronavirus could push the trend further.
Aristyo Rizka Darmawan 16 Feb 2022 11:30

Rather than trying to push ASEAN to confront China, the White House has made an important gesture for unity.
The Interpreter 29 Dec 2021 08:00