Missile tests hardly seem to signal Pyongyang’s sincerity but may serve as a distraction tactic for wider aims. 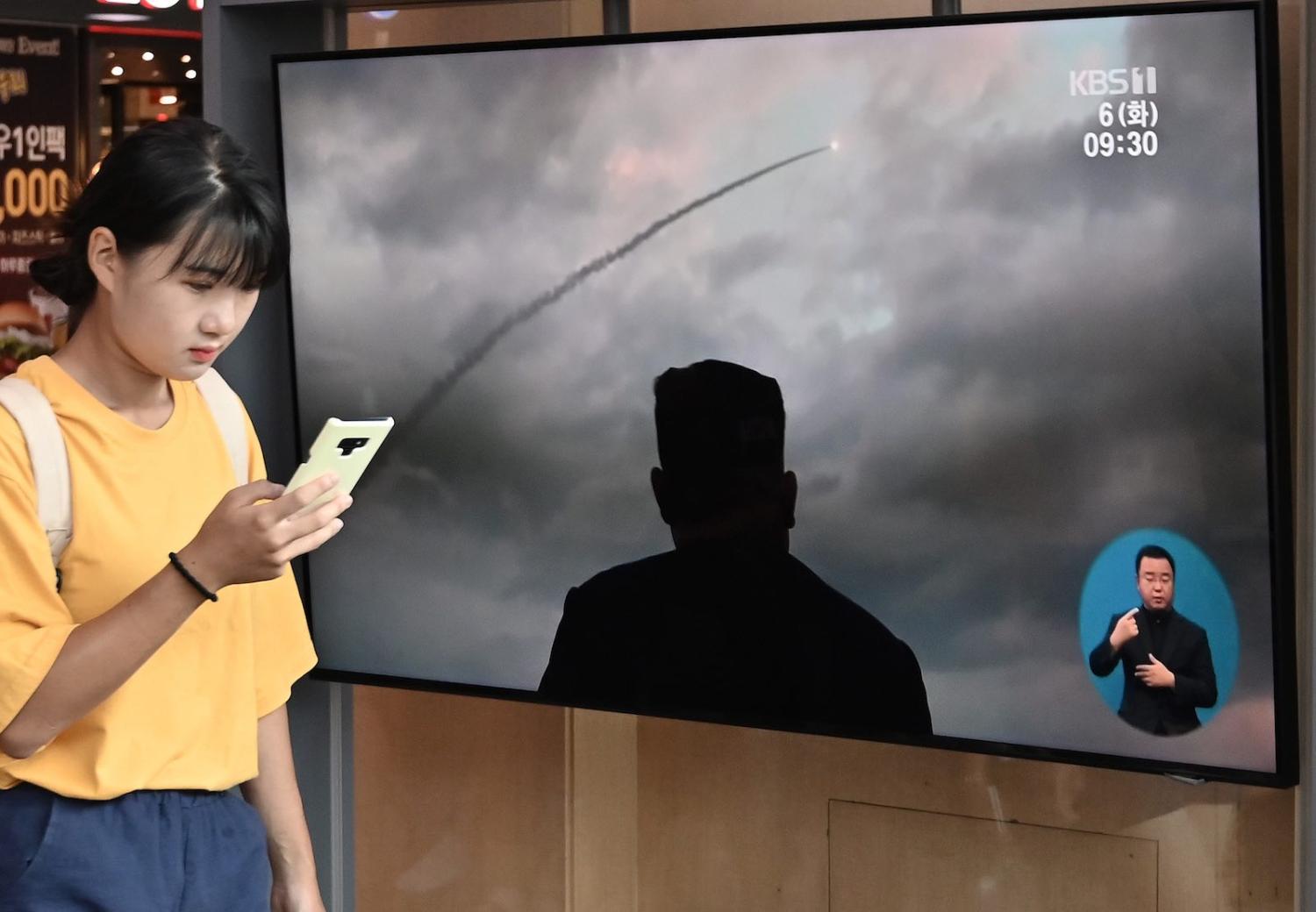 US President Donald Trump and North Korea Chairman Kim Jong-un had promised at their DMZ meeting to resume working-level talks after the collapse of the Hanoi summit. Unfortunately, North Korea has been backtracking and refusing to follow up on this pledge.

The new weapons on display in the latest round of tests show that Pyongyang remains determined to expand its nuclear arsenal by a program of redundancy and concealment. The missile launches indicate that North Korea is attempting to diversify its missile ranges and trajectories to overwhelm and evade the South’s missile defense systems, while the new type of submarine (believed to be armed with nuclear missiles) gives Pyongyang a hard-to-detect sea-based deterrent, which will complicate US and South Korean war plans.

A further notable development was the unusual absence of North Korean Foreign Minister Ri Yong-ho at the ASEAN Regional Forum last week in Bangkok. Analysts had expected Ri would have a sideline meeting with US Secretary of State Mike Pompeo. Yet as North Korea continues to test more missiles and criticises the ongoing US-South Korea joint military exercise, its interest in future working-level talks should be called into question.

One common theme of the three Trump-Kim meetings has been the mismatch between spectacle and real progress.

Based on Pyongyang’s recent moves, North Korea may not be invested in resuming working-level talks at the moment, but is instead holding out such a promise to keep the prospect of diplomacy alive, all the while exploring the possibility that Washington will ease its demands in the future.

One common theme of the three Trump-Kim meetings has been the mismatch between spectacle and real progress in the often unfruitful working-level talks that follow these summits. This is because the US and North Korea used high-level summitry to start a negotiation process rather than finishing it.

The Singapore Joint Declaration did not put forward a clear roadmap towards denuclearisation and left a vague promise of peace for working-level officials to fill in the blanks. Unfortunately in the months that followed, North Korea was not interested in real progress and so never took the talks seriously. Again, at the DMZ meeting, Trump and Kim only verbally assured one another of continued negotiation and again deferred the details to subsequent working-level talks. And again, Pyongyang is postponing these talks indefinitely while increasing tension on the peninsula.

Testing missiles and criticising the US-South Korea joint military exercises serves a further purpose to deflect attention. It helps Pyongyang shift the blame for the postponement of the working-level talks on to Seoul and Washington, and to pressure South Korea to make concessions regarding inter-Korean economic projects if Seoul wants to maintain the peace. (It is worth noting research has shown that these joint drills do not provoke North Korea as much as Pyongyang claims.)

North Korea’s moves make sense from its perspective because the country has no intention to denuclearise. Pyongyang will not benefit from any working-level talks that focus on progress ­– instead the drive is for media coverage. But the drama which surrounded the Trump-Kim meetings is cooling off, as the “historic moments” cannot substitute the shortage of tangible results. Another Trump-Kim summit, even though desirable in North Korea’s eyes, will not be enough to make up for the lack of progress in negotiations after the previous meetings, or soothe a “loss of faith” among officials in Washington.

If Pyongyang does resume working-level talks now, it will be under the pressure to soften its stance. So instead North Korea stalls, waiting for the Trump administration to respond to its end-of-the-year deadline, hoping for early sanctions relief, and for Washington to shift on demands for a freeze in Pyongyang’s nuclear program at the beginning of negotiations rather than at the end.

And for now, North Korea’s procrastination suits Trump himself, who is not really in a hurry to advance the process and downplays any Pyongyang’s missile tests as short-range rather than long-range ones. The DMZ talks gave Trump a photo-op. The burden to deliver tangible results waits.

Previous Article
The backlash to “brownface” in Singapore
Next Article
In Myanmar, a unity still out of reach

Shen Zhihua’s remarks and the response on Weibo are just one aspect of a broader discussion over China’s posture towards the Korean Peninsula.
Gabriela Bernal 18 Jan 2023 03:00