When Toowong briefly hit the headlines in South Korea, it signalled another test for Australia’s regional engagement. 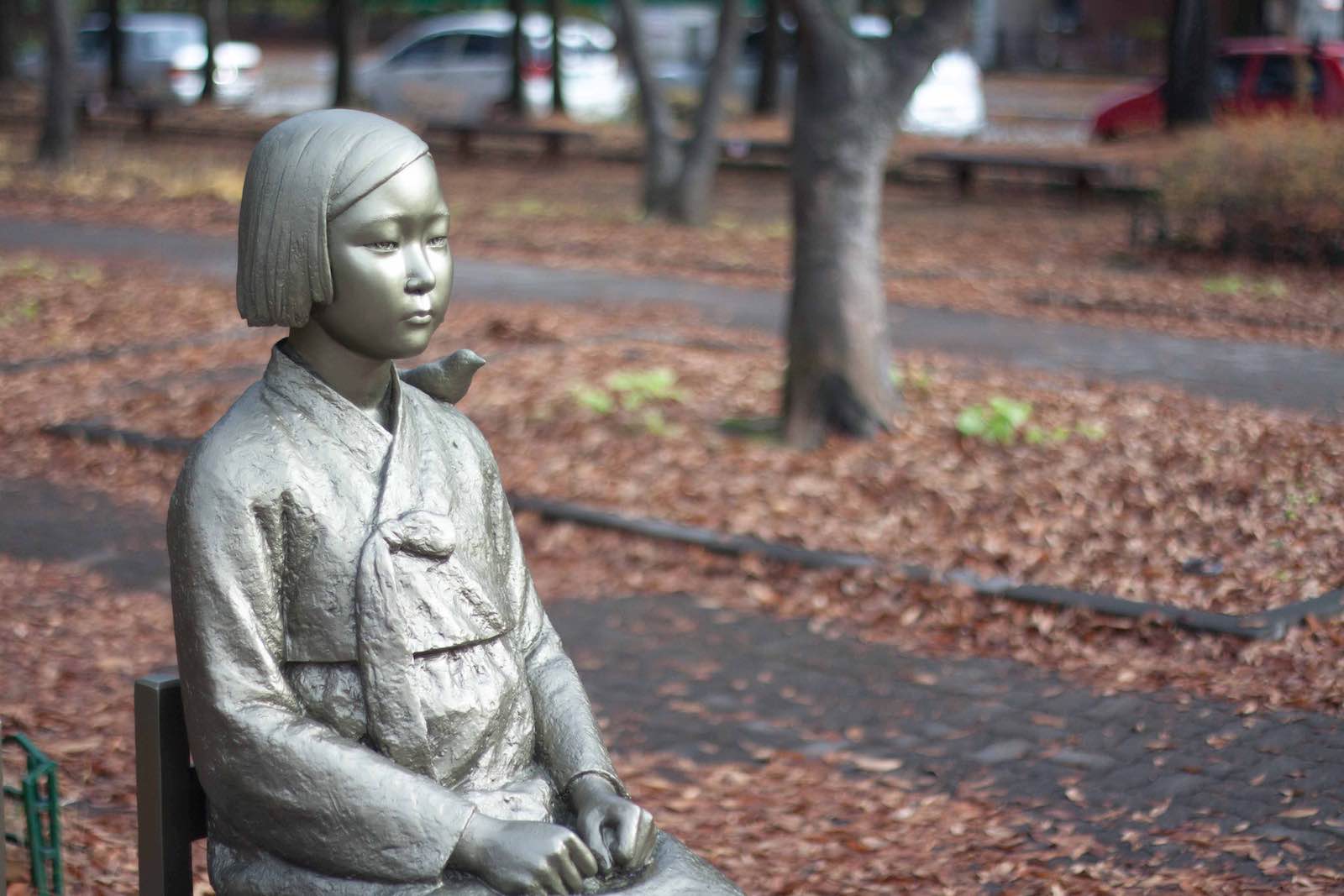 On the weekend of 24–25 August, the Brisbane City Council painted over a freshly-completed mural of a Korean statue on a traffic signal box. The mural had been approved by the Council as part of its Urban Smart Project but it responded to complaints that it was “offensive graffiti for Japanese people”. The application to paint the mural had been made by a group of Korean-Australian students at the University of Queensland, who wanted to paint over the previous mural showing the flag of Imperial Japan. They voiced their offence both at the wartime flag and at the removal of the Korean image making the news in South Korea.

Why are these symbols important? For Japan and Korea, they call up bitterly disputed memories of the Second World War. The Statue of a Girl at Peace is a memorial for the “comfort women” – hundreds of thousands of women that Korea estimates were forced into sexual slavery during Japan’s occupation of Korea between 1910–1945. The flag of Imperial Japan provokes memories of this brutal occupation period. For Japan, the Korean statue is seen as offensive, with its recent exhibition at a Japanese art exhibition attracting a flood of complaints and even terror threats.

But these memories aren’t only playing out in Brisbane. For the past few months, Japan and Korea have been locked in an escalating trade dispute around these issues that is having a major impact on the region.

The dispute began with a landmark judgment by the Korean Supreme Court in October last year ruling that Japanese companies involved in wartime forced labour were liable for compensation to individual victims, awarding plaintiffs between $100,000–200,000 in reparations. This was a dramatic reversal of a previous understanding that a 1965 treaty had resolved the issue of compensation and set a worrying precedent for Japan, opening the door for more than 200,000 Koreans to make claims against 300 companies.

Japan views the 1965 agreement as the comprehensive and total end to any and all reparations. The precedent also inflamed the issue of “comfort women”, with the court noting that they would be equally entitled to compensation.

The effects of the ruling have been dramatic as both countries have taken a series of actions against the other. In July, Japan tightened export restrictions on three complex chemicals, of which it manufactures 70 to 90% of global supply, key to South Korea’s high-tech economy. Both have removed the other from their list of favoured trading partners, further complicating and slowing down trade between the two nations.

The unravelling of these economic and security arrangements is a major issue for a region reeling from US-China trade tensions and warnings of an impending global recession.

The latest salvo was the Korean decision in August to withdraw from a major intelligence-sharing treaty aimed at North Korea’s nuclear and missile programs. This is a worrying development at a sensitive time.

And the tensions have not just been at government level. The situation has inflamed public opinion in both countries. Large groups of Korean and Japanese citizens have protested. Two Korean men set themselves on fire outside the Japanese Embassy in Seoul. A Japanese citizen mailed a bullet to the Korean Embassy in Tokyo with a note warning: “I’ve got a rifle and I’m hunting Koreans.”

Public antipathy is hitting Japanese businesses through consumer boycotts. South Korea's largest province is considering an ordinance that would require schools to put alert labels on 300 Japanese firms' products over their wartime actions. And tourism and cultural ties have been affected with Japanese and South Korean airlines scaling back services.

The unravelling of these economic and security arrangements is a major issue for a region reeling from US-China trade tensions and warnings of an impending global recession.

All this has clear implications for Australia. Already Australia is affected by the deterioration of relations between its second- and fourth-largest trading partners and the impact on their economies. If fully implemented, reparations could have a significant effect on Japan’s economy.

South Korea supplies 60% of the world’s memory chips. While Australia does not feature prominently in the global supply chains for high-tech products, it does feature as a supplier of raw minerals, as an investor and as a domestic consumer. Disruptions in the global supply chain for high-tech components will reduce consumer confidence while pushing prices up, with further effects on stock and bond markets. As prices rise, production slows and the need for mineral exports will contract.

Given this, there’s a question of whether Australia can play a bigger role. Clearly it has an interest in its two close partners taking the heat out of these issues. While US mediation has been judged largely ineffective, Japan has sought third party arbitration of the dispute, suggesting there is some interest in external assistance. It is not beyond the realm of possibility that Australia could assist in its capacity as a middle power with an interest in maintaining a stable and prosperous Indo-Pacific.

Show Comments
Previous Article
Raising the stakes in the Gulf’s game of reprisals
Next Article
A White House dinner for two: A tell-tale of tweets and transcripts