With global energy markets rattled, the tit-for-tat exchanges have reached a new level. 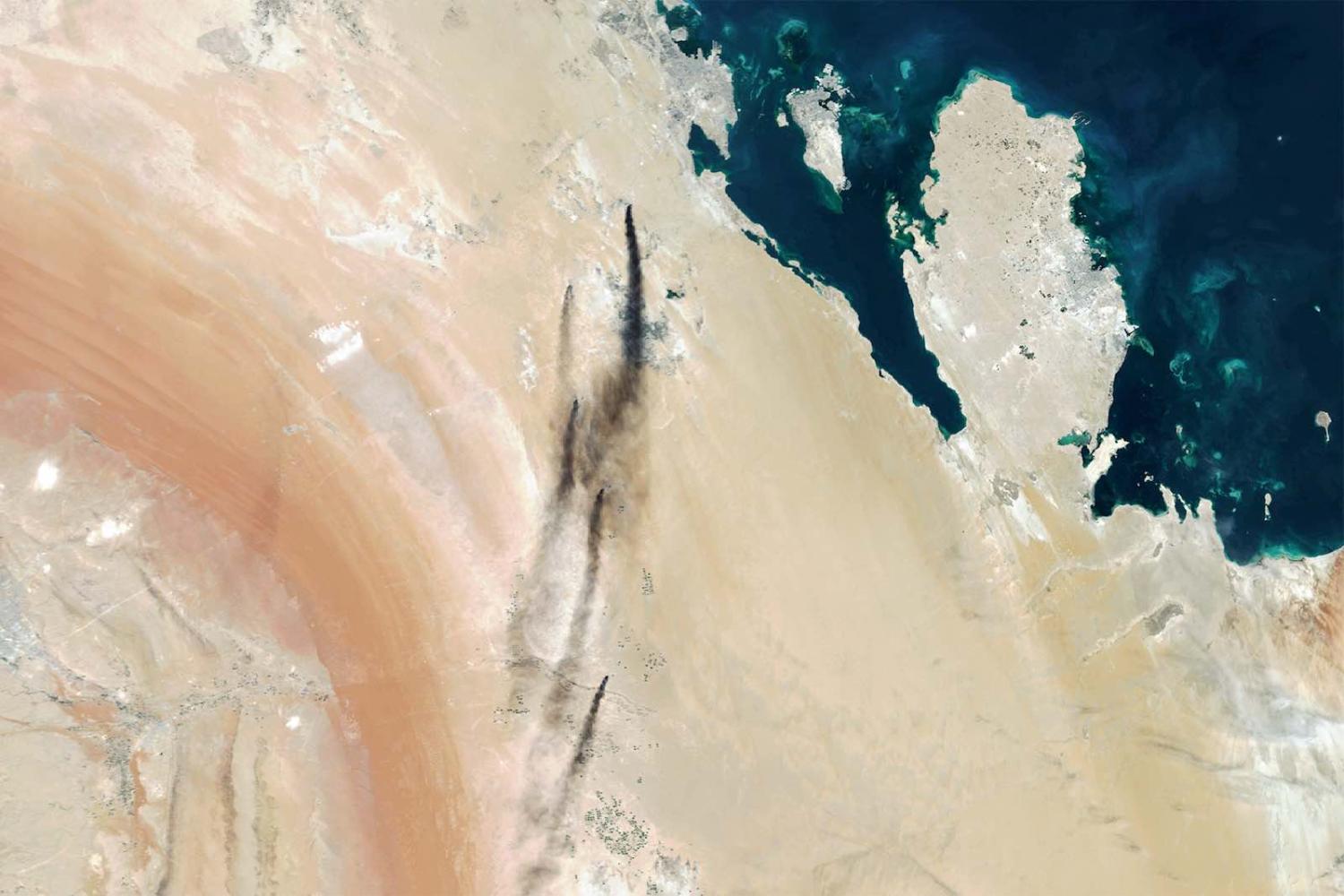 The weekend’s attack on the Saudi oil facility at Abqaiq is the most dramatic escalation of the Persian Gulf tensions since the US withdrawal from the Iran nuclear deal in May 2018. At the time of writing, the weapons used have allegedly been traced to Iran, while the Yemeni Houthi movement has claimed responsibility. This latter claim has been rejected by Riyadh and Washington, which leaves the Iranian-backed Iraqi Shi’a militias (known collectively as Popular Mobilisation Units, or PMUs) or the Iranians themselves as the main suspects.

From what we know, the sophistication of the attack would indicate that it was carried out by a state or state-supported actor. The way these games of escalation and retaliation are played out in the Middle East tends to be based on a sense of equivalence. The Israeli drone attack last month against Hezbollah targets in Beirut, for instance, resulted in a limited strike against an Israeli military vehicle. The detention in July of an Iranian tanker in Gibraltar resulted in the seizure of a UK-flagged vessel in the Gulf two weeks later. Foreign Minister Javad Zarif spoke of a “prisoner swap”.

The attack against Abqaiq needs to be seen as part of the same game of equivalence, although this time it is strategic rather than tactical equivalence. Tehran sees Washington’s sanctions regime as economic warfare, and it seeks to reply in kind, imposing economic costs on its pro-US neighbours. Attacks against shipping in and outside the Gulf was one such response, and the attack against the Abqaiq facilities marks the latest.

The rationale for the attack is relatively easy to discern, but the timing is more problematic. It may have been a response to the attack against PMU targets in Iraq, and it would have had the added benefit of complicating the impending IPO of Saudi ARAMCO just after the Crown prince appointed a new chairman of the organisation. It also comes shortly after the dismissal of the anti-Iran hawk and National Security Advisor John Bolton and ahead of the UN General Assembly meeting in New York, around which there has been talk of a Trump-Rouhani meeting, although Iran has dismissed such a possibility.

The signal that Iran has been sending has been clear: it may not be strong enough to take on Washington directly, but it is strong enough to exact a cost on the region and the Gulf Arab states in particular. But the economic significance of this attack resonates well beyond Riyadh, given Abqaiq’s importance in the global oil market.

If intelligence that can be publicly released points to an Iranian origin for these attacks, Trump will be facing one of the toughest foreign policy decisions of his presidency. The US would find it hard to justify a military response to this strike, when no US forces were targeted. His Twitter thought bubbles lend support to this reality, as they appear to have put the ball in Saudi Arabia’s court.

The problem, of course, is that with this type of targeted attack, Iran (or its proxies) has nearly, if not finally, reached the “acceptable” limit of its escalatory behaviour. Imposing a cost on its regional neighbours is one thing, but destabilising global energy markets is another.

Tehran may have concluded that Trump is not interested in another military response in the Middle East and will not want to add to uncertainty in energy markets in the lead up to an election year – but trying to predict how Trump will respond is fraught with difficulty, to say the least.

Previous Article
Gladys Liu and the pitfalls of cultural anxiety
Next Article
Korea-Japan tensions, as seen in the suburbs of Brisbane

The Interpreter's best of 2016: The Australian election

Australia had a federal election on 2 July, and as usual The Interpreter covered every international policy angle.
Peter Hughes 6 Feb 2017 13:58

If immigration policy is now about winning domestic political points - to the exclusion of all else - we can expect much more unnecessary human suffering.
Euan Graham 20 Oct 2017 10:44

The RAN would have to mobilise practically the entire fleet to match the missile inventory of one Chinese cruiser.