Gladys Liu and the pitfalls of cultural anxiety

Fraught relations with China could affect Chinese-Australians for generations to come. 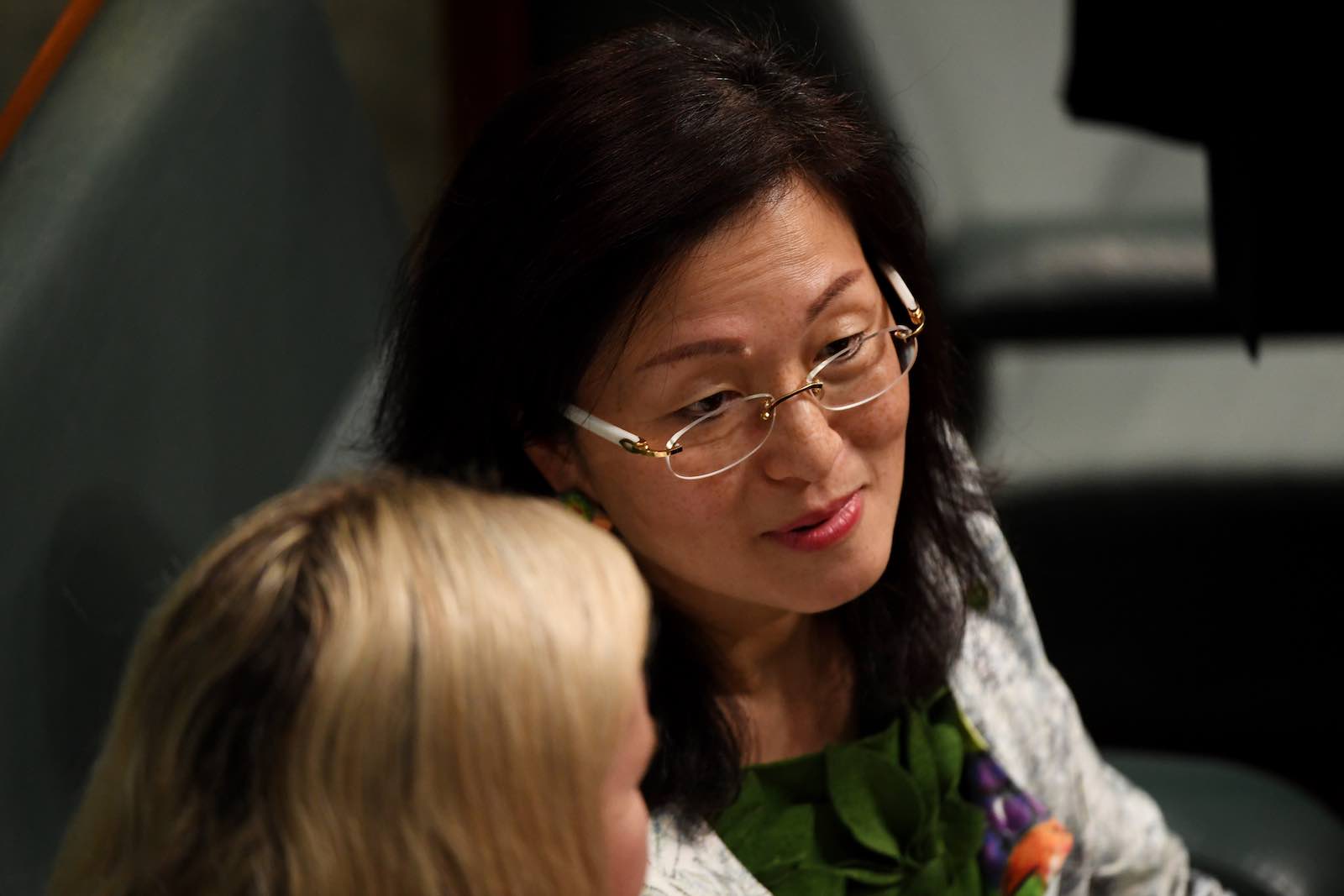 This country’s diverse Chinese-Australian communities are hurting. From conversations with friends, I gather they feel burdened by an obligation to show loyalty to Australia that others simply take for granted. Some report feeling caught in the crossfire between a Chinese Communist Party (CCP) reaching out to them to advance its interests, and prominent people in Australia putting them down as possible agents of a foreign power. Others resent being bundled together in broad generalisations, overshadowing the many ways they distinguish themselves from one another, and want other Australians to understand that their political, religious, and contemporary cultural identities often align them more closely with other social groups in Australia than with other Chinese Australians – and only rarely with China.

Still, they are thrust together by a demographic accident that links their cultural identity and national loyalty to the “1.2 million Australians of Chinese heritage” listed on the Australian census rolls. And now they learn from an official Prime Minister’s press conference that they are united and collectively smeared through critical questions directed at one of their number, parliamentarian Gladys Liu.

Whose loyalty is in doubt? The hostile response from Morrison’s friends as well as foes suggests that it is the Prime Minister, not Liu, who is being measured against the threshold. This has to be progress of a kind.

My Chinese-Australian friends thought the critical questioning was about Liu’s dubious fundraising practices and connections with China. No, according to the Prime Minister – it is all about them.

The Liu case highlights a number of anxieties for those in government, as well, not because it tells them something they did not know already, but because it reminds them of something they have long known and failed to address: unless Australia’s mainstream politicians and media are very careful, the fraught bilateral relationship with China could have deeply adverse effects on Chinese-Australians for generations to come.

For a start, we know that Australia’s relations with China are difficult, and we know that this difficulty carries risks for domestic social cohesion. We also know that the CCP is determined to poison the well of community relations through United Front wedge politics, a historical strategy repurposed to divide community life and politics in liberal democracies. And we know that bilateral relations are likely to remain difficult for years to come, and that if we don’t attend to associated risks and vulnerabilities then Chinese Australians will feel called upon again and again to demonstrate a loyalty that should rightly be taken for granted.

We may not be able to defuse all of these tensions, but we can be a little smarter about how we manage them. For one thing, politicians and media could avoid making random generalisations about Chinese-Australians that overlook the extraordinary differences among them. For another, we could all distinguish more clearly between the Government of China, the CCP, and the people of China, and distinguish Chinese-Australians from the lot of them. Further again, Australian government representatives could work to reassure Chinese-Australians that their concern over China’s conduct is not an alarmist or racist ploy, but a prudent response to critical challenges that is intended to protect them and other Australians from threats to national security, institutional integrity, parliamentary sovereignty, and social cohesion.

Finally, Australian political and community leaders could stop playing the race card themselves and actively rebuff claims of bigotry and racism levelled against critical Australian voices by representatives of the government of China.

Here’s the thing: the charge that legitimate Australian concerns about Chinese government behaviour are driven entirely by bigotry and racism is one of the talking points of the CCP propaganda bureau. In December 2017, China’s embassy in Canberra claimed Australian media was vilifying the Chinese community in Australia “with racial prejudice”. In March 2018, the embassy accused the author of a book detailing China’s influence and interference operations in Australia of “racist bigotry”. And in June 2018, China’s resident Ambassador, referring to the passage of federal legislation to limit foreign government interference in Australian public life, urged the Australian government to put an end to “bigotry” in bilateral relations. Within China itself, party media and establishment intellectuals echo these talking points on racism and bigotry and use the “smear” word to belittle legitimate Australian concerns.

In Australia, the habit of echoing Beijing’s talking points is one of the criteria for identifying politicians who cross the so-called Dastyari threshold. On this measure, Gladys Liu’s loyalty is not in question. As Scott Morrison noted in his press conference, Liu has not taken to a lectern to repeat Beijing’s talking points on the South China Sea. She may have shown poor communication skills in interviews and even poorer judgement in her choice of friends, but Gladys Liu’s loyalty is not at issue.

Whose loyalty is in doubt? The hostile response from Morrison’s friends as well as foes to his dismissing as “xenophobia” and “smears” a number of legitimate questions about Gladys Liu, and his imputing racist motives to those who posed them, suggests that it is the Prime Minister, not Liu, who is being measured against the threshold. This has to be progress of a kind.

The next step for Australia’s political leadership is to work toward allaying rather than fanning Chinese-Australian community fears that public concern about China is a concern about them. It’s not.

It’s about defending the values that all Australians live by, including freedom, democracy, rule of law, diversity, and inclusion. Political leaders could allay community fears and practice the principles they profess by reaching out to independent Chinese-Australian thought leaders and welcoming them as equal partners in meeting the challenges that an authoritarian China presents to a free, open, inclusive, and diverse democracy.

This is unlikely to involve Gladys Liu – not because she is in any sense disloyal, but because the networking and fundraising skills that appear to have landed her in parliament are not relevant to the challenges we face. Also, her apparent naivety and memory lapses disqualify her from sensitive conversations of any kind and from sitting on parliamentary committees on Intelligence and Security or on Foreign Affairs, Defence and Trade. She may be the only Chinese-Australian woman in parliament, but she is unlikely to be the only member unfit for duties of this kind.

* John Fitzgerald is the author of a forthcoming report from the Australian Strategic Policy Institute on language, public diplomacy, and community cohesion in contemporary Australia–China relations.