Habibie’s legacy of Reformasi in Indonesia

In his brief term as president, BJ Habibie made significant changes in the country. 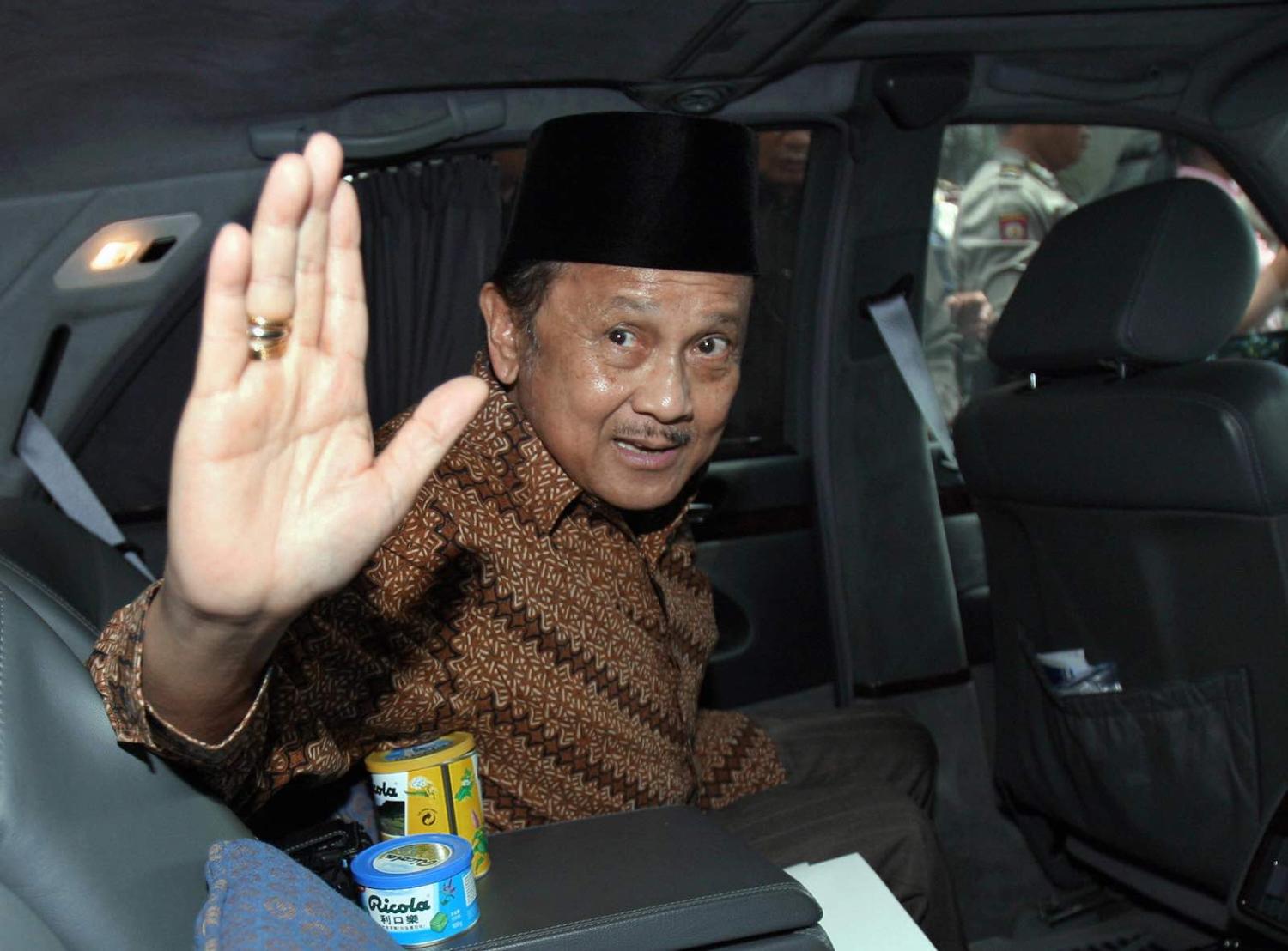 Bacharuddin Jusuf “BJ” Habibie, Indonesia’s third president, died last week at age 83. Habibie was an unexpected president. He hesitantly took over the reins of government from the second president of the Republic, Suharto, in an event televised worldwide on 21 May 1998. Unlike his predecessor, who ruled for 32 years, Habibie did not survive as president for long. His presidency – which lasted for 17 months, less one day – was the shortest in Indonesia’s history.

Nonetheless, Habibie was a president in a furious hurry, triggering the Reformasi period of change in Indonesia. He introduced a sweeping range of reforms in his brief period in government – including over then occupied East Timor – moving so quickly on so many fronts that his opponents could hardly keep up with the dizzying pace of change.

Numerous colourful stories about Habibie circulate in Indonesia. Anecdotes point to his fascination with technology, a reflection of his engineering studies in Germany and his later work with the Messerschmitt company. Habibie had arrived back in Indonesia in the mid-1970s, still in his thirties, with enthusiastic visions of the way that modern technology could boost development in his country.

Some were unkind enough to suggest that the main reason that Suharto had selected him as vice president was that it was clear that Habibie could never aspire to the presidency.

Habibie inspired thousands – young graduates, entrepreneurs, and politicians alike – to believe that bigger spending on modern technology would bring about a transformation. On hearing that Habibie had died, Professor Budy Resosudarmo, former Head of the Indonesia Project at the Australian National University, shared his memories of two encounters with Habibie which would “forever change the course of my career.”

But Habibie’s views were controversial. Economic advisers to Suharto were less impressed with Habibie’s plans to use public funds to support ambitious projects.

One striking feature of Habibie’s place in Indonesia’s political history is the close relationship he had with Suharto, although he was not dogged by the same corruption or human rights allegations. It was Suharto who had summoned Habibie back to Indonesia in 1974 to join the ranks of his “New Order” government.

In fact, the ties between Suharto and Habibie were established many years earlier.

Suharto, as a young military officer, had been involved in operations in Makassar in South Sulawesi in early 1950. During the operations, Suharto came to know the Habibie family well because Habibie’s mother was from Yogyakarta in Java, very close to where Suharto had grown up.

A special bond was formed between Suharto and Habibie in Makassar. In his autobiography, Suharto recalls that late one night, two distressed Habibie children knocked urgently at the door of the barracks looking for help. Their father had suffered a heart attack and died during the night. Suharto was with the young Habibie as his father was dying and recalls, “He breathed his last as I was with him … I closed his eyes and prayed for mercy from God Almighty.”

These two – Suharto, age 29 at the time, and Habibie, just 13 years old – would become the second and third presidents of Indonesia.

They were an unlikely pair. Suharto had grown up as a poor village boy with no more than a modest education in Java in the 1920s and 1930s. He later rose through the ranks of the Indonesian military to become president of Indonesia in 1967.

Habibie’s background was entirely different. Habibie was non-Javanese, a civilian with a middle-class upbringing, who benefitted from the opportunity to be able to go abroad in the 1950s to Germany and graduate as an engineer.

Despite their differences, the two men worked well together. In 1978, Suharto appointed Habibie as State Minister of Research and Technology. Suharto was clearly happy with Habibie’s performance, because he reappointed him to the cabinet three more times in the period to 1998. Habibie thus served continuously as Indonesia’s minister for research and technology for 20 years during the New Order government. It was a remarkable performance.

Suharto had one final appointment for Habibie. In early 1998, in preparation for his pre-determined reselection as president by the People’s Consultative Assembly in March, Suharto let it be known that he had selected Habibie to be his vice president.

Even at that stage, many in Indonesia did not take Habibie seriously as a major political figure. Some were unkind enough to suggest that the main reason that Suharto had selected him as vice president was that it was clear that Habibie could never aspire to the presidency.

But this view – as quickly became clear in the final stage of the relationship between the two men – was quite wrong. Under extreme pressure in May 1998, Suharto bowed to the inevitable and stood down. Instead of resigning in support of Suharto, as some expected him to do, Habibie stood firm and became president.

Today, Habibie is remembered by many with great respect and affection.

Previous Article
In Timor-Leste, a big set of challenges
Next Article
Gladys Liu and the pitfalls of cultural anxiety

Amid a changed political landscape – and a pandemic – Rizieq Shihab’s return from Saudi Arabia raises much speculation.
Greg Earl 27 Sep 2018 12:51

Indonesia: The not so good news