Indonesia lags in appointing women to key judicial posts and the gender gap in the region is closing at a glacial pace. 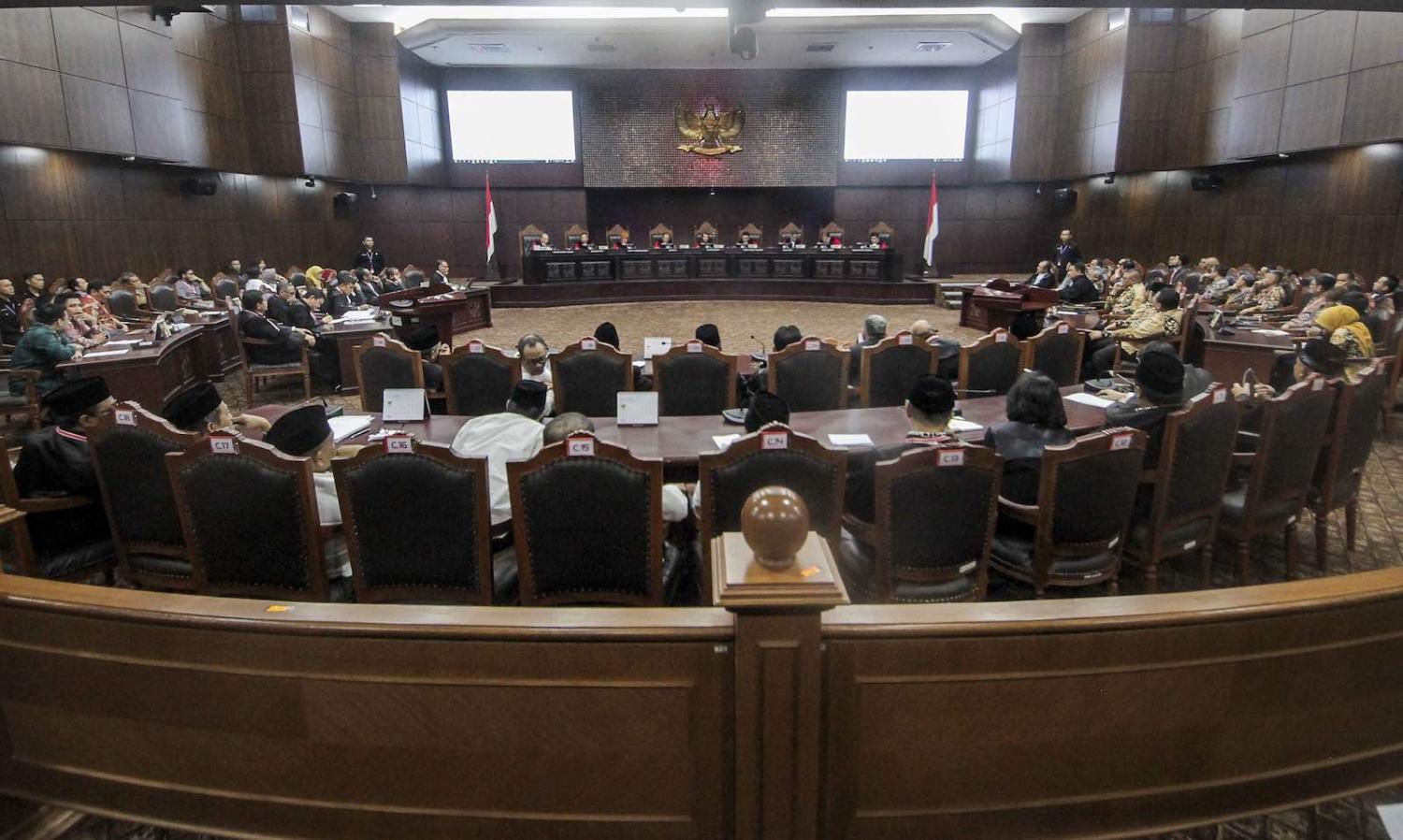 More young women are emerging from Indonesian universities with tertiary qualifications than young men. However, unlike Australia, Malaysia, the Philippines and New Zealand, Indonesia is yet to have a female chief justice of an apex court.

Recent research supported by the Australia Indonesia Partnership for Justice has found that one in three of the trainee judges who enter the Indonesian judicial training college are women. Yet a decade or two on from graduation, only 17% of the almost 800 chief judges of first-instance general and religious courts are women, and only 7% of the almost 60 chief judges of the high courts are women. Interestingly, four of the 29 high religious courts (14%) are headed by women chief judges, while none of the high courts of the general court jurisdiction currently has a woman chief judge.

The appointment last year of Tengku Maimun Tuan Mat as the first female chief justice in Malaysia demonstrates that it is possible for a women to be appointed to the highest judicial office in a Muslim-majority Southeast Asian country. Yet with only four women justices among the 59 justices in the Indonesian Supreme Court, change may seem some way off. Notably, as researcher Sebastiaan Pompe has observed, the Indonesian Supreme Court in the 1980s and 90s had double the number of women Supreme Court justices than is the case today.

Many of the challenges that arise in women attaining political leadership roles are also factors in women’s rise to the position of chief justice.

Some changes can be seen in women’s judicial leadership in the religious courts of Indonesia – the family courts for Indonesia’s Muslim citizens. In the last promotion round for high religious court chief judges, two women were among the 11 chief judges appointed, with Dra Rosmawardani the first woman to be made chief judge of the Mahkamah Syariah in Aceh, receiving significant press attention in both Malaysia and Indonesia.

In the general courts, women currently hold roles as the deputy chief judge in four of the thirty high courts across Indonesia in Jakarta, Bangka Belitung, Kendari and Bengkulu.

In 2019, the UN Development Program and the Commonwealth Secretariat, together with the International Association of Women Judges, launched a gender diversity in the judiciary initiative, dedicated to building women’s full and effective participation in the legal profession, stating:

People equate a gender diverse judiciary with more representative governance. Diverse judges can ensure a balanced approach to enforcing the law and implementing equality, which in turn builds public trust and confidence in the state.

This initiative shows that even in countries where more women have been appointed as judges, they are still vastly underrepresented in Chief Justice positions of the apex courts.

The World Economic Forum Global Gender Gap Report found that if the East Asia and Pacific regions maintain the same rate of improvement as the 2006–19 period, and given the current gap, it will take another 163 years to close the gender gap, longer than anywhere in the world.

As in other professions, real change in the promotion of women to top judicial jobs requires a national commitment to actively creating leadership roles for women from early in their careers and removing barriers that disproportionately affect women’s promotion. The fact that in 2020 women judges occupy none of the 30 high court chief judge positions in the general court jurisdiction in Indonesia, and no leadership roles in the Constitutional and Supreme Courts, shows that this is not yet happening in Indonesia.

Yet globally, appointing women to the top judicial position is still rare. In the last decade, the first woman chief justice has been appointed in a number of countries including the Philippines (2012), Australia (2017), the UK (2017) and Malaysia (2019), while Canada and New Zealand appointed a woman chief justice much earlier in 1999. Many of the challenges that arise in women attaining political leadership roles are also factors in women’s rise to the position of chief justice: transparent promotion and selection processes, social norms shaping public opinion of who should lead the highest court in the land, and leadership in the decision-making process.

Michael McHugh, on his retirement from the Australian High Court in 2004, adopted the words of the then–Chief Justice of Canada, Beverley McLachlin, and said that he hoped that the composition of the High Court of Australia would one day present an accurate reflection of the place of women within the judiciary, within the legal profession, and within Australian society more generally. He went on to say:

Given the opportunity, there are many female lawyers and judges in this country who could capably fill any judicial office in Australia … They have the capacity. All they need is the opportunity.

Maybe a state-level decision will be a circuit-breaker for Australia’s befuddled approach to China’s signature policy.
Bruce Hoffman 13 Mar 2018 07:00

Al-Qaeda is positioned to reclaim the pre-eminent position in the violent Salafi-jihadi struggle.
John Edwards 26 Jun 2017 13:11

My guess is the RBA is already thinking about a program of rate increases that will continue for several years.