In Timor-Leste, a big set of challenges 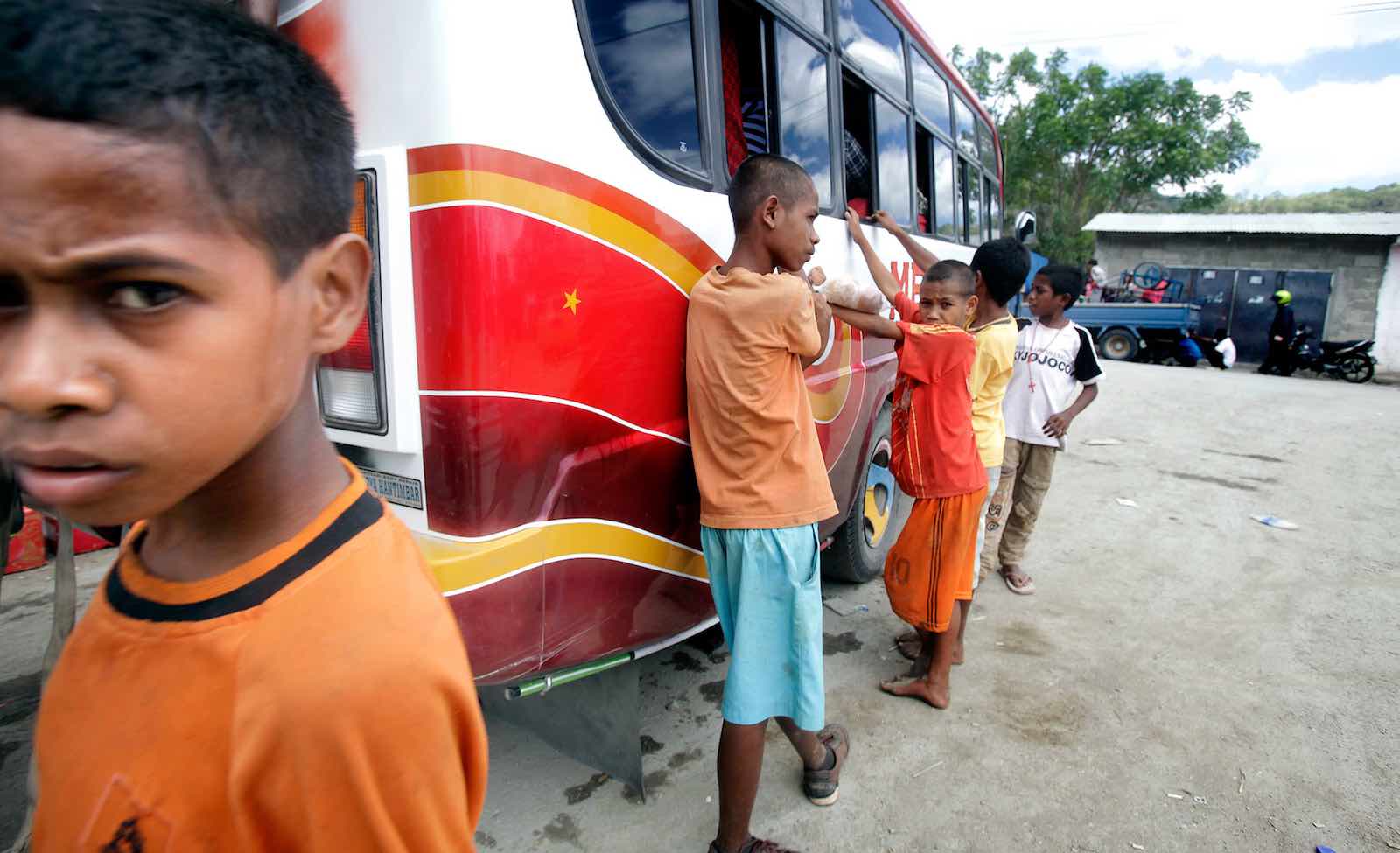 The 20th anniversary of the popular consultation that brought independence for Timor-Leste has been a time to celebrate the courage, determination, and persistence of the Timorese people. Despite enduring decades of violence, they never lost their hope for self-determination.

Timor-Leste today is a free and sovereign nation. It has achieved great progress in maintaining peace and stability, building democratic institutions, expanding public services to reach rural and remote areas, and improving basic infrastructure such as electricity, roads, and other facilities. But the country still faces numerous challenges. Building a foundation for sustainable economic development is one of them.

Over the last 15 years, petroleum dependency has been the main feature of Timor’s economy. Although on a downward trend, petroleum still accounted for more than 40% of the overall GDP in 2017, and more than 90 percent of total exports. Excluding petroleum, the public sector has been dominant, with the government’s consumption and capital investment constituting more than quarter of non-oil GDP. Conversely, the share of productive sectors such as agriculture in overall GDP declined from 24% in 2000 to 9.2% in 2016.

While government spending can stimulate domestic consumption, consumer demand has been met almost entirely by imported goods and services.

Tourism, expected to play an important role in employment and income generation, is still in the very early stages of development. Travel accounts for only 1.1% of total goods and services exports. Likewise, manufacturing is almost invisible in the current economic structure. Growing demand in domestic consumption has been met by imported goods and services, which has made it harder for homegrown industries to emerge.

The country’s demographic profile also creates economic pressure, as 70% of the population is under age 30. Structurally, the economy can’t cope with the demand for jobs and the high proportion of youth. Employment is still dominated by subsistence agriculture, the source of livelihood for over 70% of the population outside of Dili. The state can’t depend on the domestic economy to finance its activities, a challenge widely acknowledged by the country’s politicians. Petroleum continues to provide around 85% of annual revenues and spending. Domestic revenues contributes less than 20% of state spending.

The 2015 Guide for Economic Reform and Growth outlined ways to diversify the economy through agriculture, tourism, and manufacturing, with the private sector expected to be an engine for the long-term growth and job creation. The government’s approach focuses on the infrastructure sector, which gets 30–40% the state’s annual spending.

One cannot ignore the importance of infrastructure in Timor-Leste – 80% of the basic infrastructure was destroyed by pro-Jakarta militias, with support of the Indonesian military, following the 1999 independence referendum. Of the billons of dollars invested by international donors in the years since, much of it has been used to cover the administrative costs of international aid agencies. In the meantime, public demand for basic infrastructure has steadily increased, as shown in various public opinion surveys.

Government’s investment in infrastructure has brought some positive impacts, as far as short-term growth. Around 80 percent of the total population, for example, has access to electricity. Another notable improvement has been in road construction, which helps people get products to market and reduces transport costs. It also generates temporary employment in the building sector.

The economic challenges facing the country, however, have deeper causes. While the petroleum sector provides much of the state’s revenues, it doesn’t generate secondary impacts for the local economy, and it doesn’t foster growth in the domestic private sector. Most private-sector activities are small and immature, heavily reliant on government spending, and concentrated in Dili. Outside the capital, agriculture is still the dominant economic activity.

The only way for petroleum to have an impact on the domestic economy is through state spending, which puts pressure on the government in terms of fiscal policy. While government spending can stimulate domestic consumption, consumer demand has been met almost entirely by imported goods and services.

In addition, the legacy of centuries of colonialism, occupation, and conflict continues to have an affect on formal and informal power dynamics, public administration, institutional setting, and human capital.

According to the World Bank’s Country Diagnostic, Timor-Leste’s institutional setting remain fragile, reflected in terms of the capacity of the judicial system to enforce laws and address commercial disputes. Many laws and regulations are not in place or are out of date, with inconsistencies and conflicts in legal and policy frameworks. The World Bank’s Worldwide Governance Indicators ranked Timor-Leste lower than average in East Asia and the Pacific Region in term of government effectiveness, regulatory quality, and rule of law.

There will not be a one-go solution. Public investment in infrastructure will still be critical not only for the economy, but also to support public service delivery, particularly in rural areas, where poverty is most pervasive. Investment in health and education are key to improving the quality of human capital and providing hard and soft skills for youth to be productive. Efforts are also needed to tackle structural constraints – namely, providing clear policy direction, harmonizing, and simplifying legal and administrative procedures.

Timor-Leste has indeed come a long way in two decades, but only an integrated, coordinated, and long-term approach can address these complex challenges and ensure the country’s long-term economic development.