Levelling the field with a global minimum tax, rethinking student fee revenue, and getting APEC back in the room. 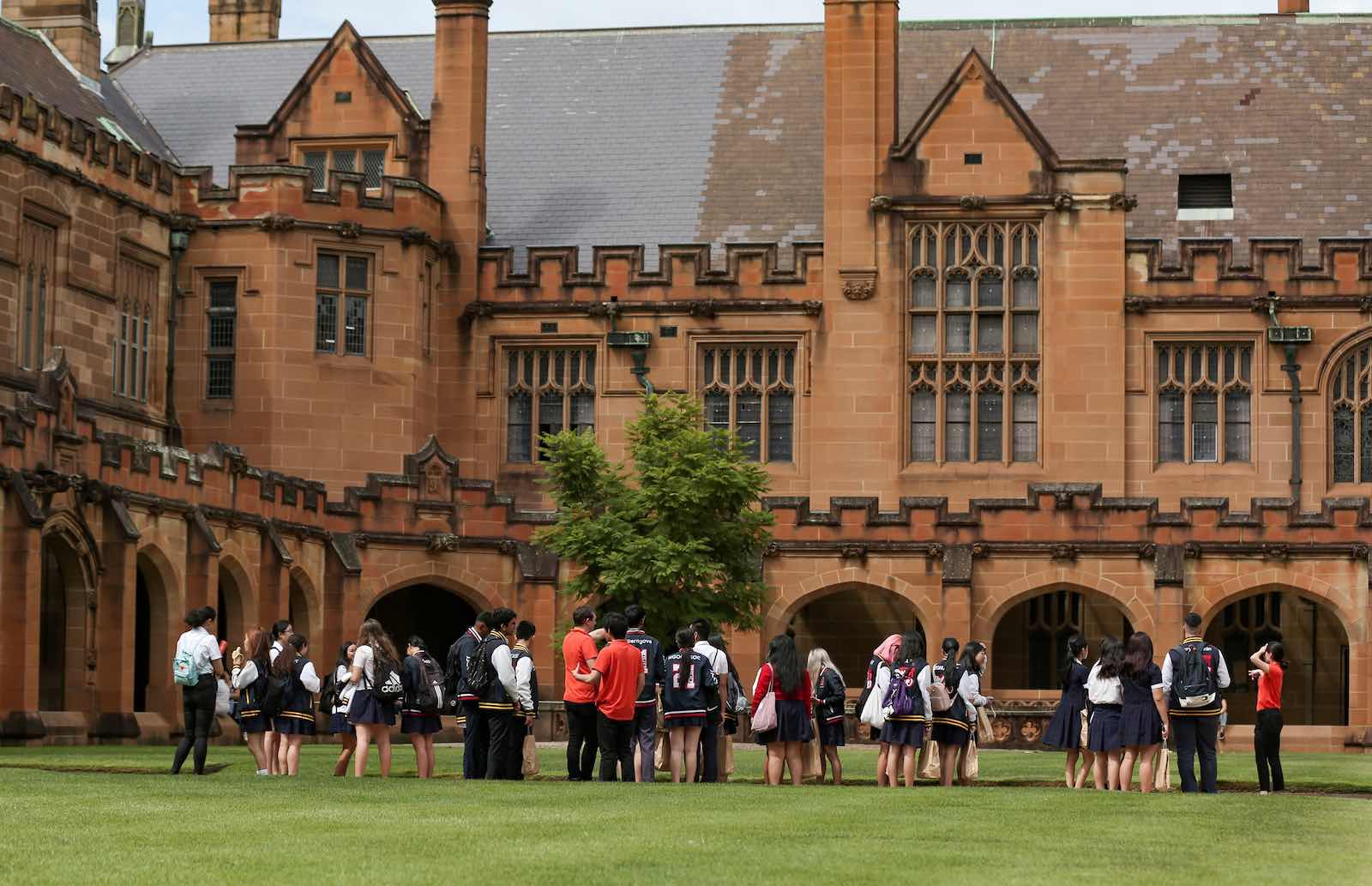 US President Joe Biden may be grabbing the global headlines by boosting world growth with his big spending and international security with his telephone diplomacy. But US Treasury Secretary Janet Yellen seems to be doing the real heavy lifting in restoring American credibility in global economic management with her push for a more balanced global business tax system.

As the international financial elite gathered for the IMF/World Bank spring meetings this week, Yellen declared:

Together we can use a global minimum tax to make sure the global economy thrives based on a more level playing field in the taxation of multinational corporations, and spurs innovation, growth and prosperity.

While it is not as catchy as Biden’s efforts to wrap himself in a modern version of Franklin Roosevelt’s New Deal spending, it is more courageous. That is because Biden won’t leave a lasting legacy of middle-class and national renewal without a sustainable fiscal base for the all the trillion-dollar spending plans.

The first step to realising Yellen's vision would be to reverse the business tax cuts which were Donald Trump’s one signature reform. But the real test of whether Yellen can recover some of that Bretton Woods–era American exceptionalism will be how much she overturns Trump’s defence of US tech giants avoiding tax in offshore jurisdictions via tax havens.

Fixing the problem of tax-base erosion in modern economies by footloose multinationals has been grinding along in places like the Group of 20 and the Organisation for Economic Co-operation and Development (OECD) for years, with little obvious progress.

But judging by reactions from key European governments to her recent speeches on a minimum global business tax, Yellen seems to be seriously shifting the dial on an issue which several Australian Treasurers have also tried to push in global forums. There is a long way to go yet, but the OECD estimates that corporate profit shifting costs tax agencies like the Australian Taxation Office collectively up to US$200 billion a year.

If Yellen can really redirect that much out of tax havens, she will be more popular with fellow Treasurers like Josh Frydenberg than a ticket to see the musical about her illustrious predecessor Alexander Hamilton.

Australia is now the world’s third-largest provider of education to foreign students, and before the pandemic they were the country’s fourth-largest source of export revenue, at almost $40 billion a year. So when Education Minister Alan Tudge bluntly declared the existing system to be “not sustainable” in a major speech last week, he wasn’t just flagging a shake-up of universities and other training providers.

Apart from being a key arm of economic diplomacy via the export receipts which have underpinned a university building boom in recent years, international education has also been a force for soft-diplomacy success … and failure.

Just consider the dichotomy of having several Australian-educated ministers in former Indonesian President Susilo Bambang Yudhoyono’s cabinet and the sudden 2009 row with India over training rip-offs and violence against its students.

Tudge appears to be swapping one form of economic determinism in education policy (the lure of endless student fee revenue) with another form, by making foreign students part of the government’s new skills-training agenda.

So Tudge has also really declared a sea change in an important dimension of how Australia relates to the world. He says that universities are too dependent on foreign students, they should specifically cut the numbers from China and India, they should do more online and that future foreign enrolments should be determined more by Australia’s skills shortages than what foreign students or countries want.

This is quite a shift from the Abbott and Turnbull government target of educating a million students onshore and even more offshore.

There is a lot of sense in a review, given the way some universities became so dependent on Chinese business students and the way some foreign students were cut adrift in the pandemic, with unknown consequences for Australia’s foreign image.

But there are some interesting diplomatic implications.

Reducing the easy flows from the world’s two most populous countries means DFAT’s commercial diplomats in Africa and Latin America will be under pressure for replacements.

How does capping the newer boom in Indian students along with the older dominance of Chinese students square with the idea that Australia’s fast-growing Indian community provides a new pathway to the much-sought stronger economic and security relationship with their home country?

And while online education is hard to ignore after the pandemic, how does this square with the broader national strategic objective of letting students from neighbouring countries see Australian democracy and multiculturalism up close?

Tudge also appears to be swapping one form of economic determinism in education policy (the lure of endless student fee revenue) with another form, by making foreign students part of the government’s new skills-training agenda. This might look pragmatic now. However, it was abuse of this policy approach by students and training providers alike a decade ago that was partly responsible for sending relations with India into such a populist downturn.

But he went close to issuing an equally plaintive appeal to his New Zealand colleagues this week by declaring it was time to get back to personal meetings on the international trade circuit – especially the Asia Pacific Economic Cooperation (APEC) group.

New Zealand is hosting this year’s APEC events entirely online and presenting this as a practical response to the post-pandemic diplomatic reality, particularly after the last three leaders’ summits were disrupted by various upheavals.

“We have really got to get it [APEC] back. Nothing substitutes getting people around in a room at the tea break,” Tehan declared at the launch of the Business Council of Australia/Asia Society Australia report A Second Chance: How Team Australia can succeed in Asia.*

With the China trade boom still in a stalemate, Tehan signalled he will enthusiastically embrace the two key themes in the new report. They are the cooperative Team Australia approach to expanding Asian business engagement and a more targeted sectoral/country approach to filling the possible long-term void left by the China tensions.

“The Team Australia approach will be absolutely vital … and we have to look at individual countries and take a sector-by-sector approach,” he said. “The more we cooperate, the more we can send the Team Australia message,” he said, promising a new DFAT focus on making sure “we are all on the one page”.

Meanwhile, Tehan’s previous job as education minister in a government with a lukewarm attitude towards the university sector could still be positive for a report which also emphasises the need to revive Asian literacy as the foundation for more regional business activity.

He quickly pointed out at the launch that Asian language study had not been penalised in last year’s tuition fee shake-up and argued greater Asian literacy was necessary to avoid business cultural misunderstanding.

It now remains to be seen whether a federal government initiative to staunch the loss of Indonesian language study at universities will be an early test for the Team Australia idea.