Fostering connections with a new generation of democratic leaders offers Australia an edge in its island neighbour. 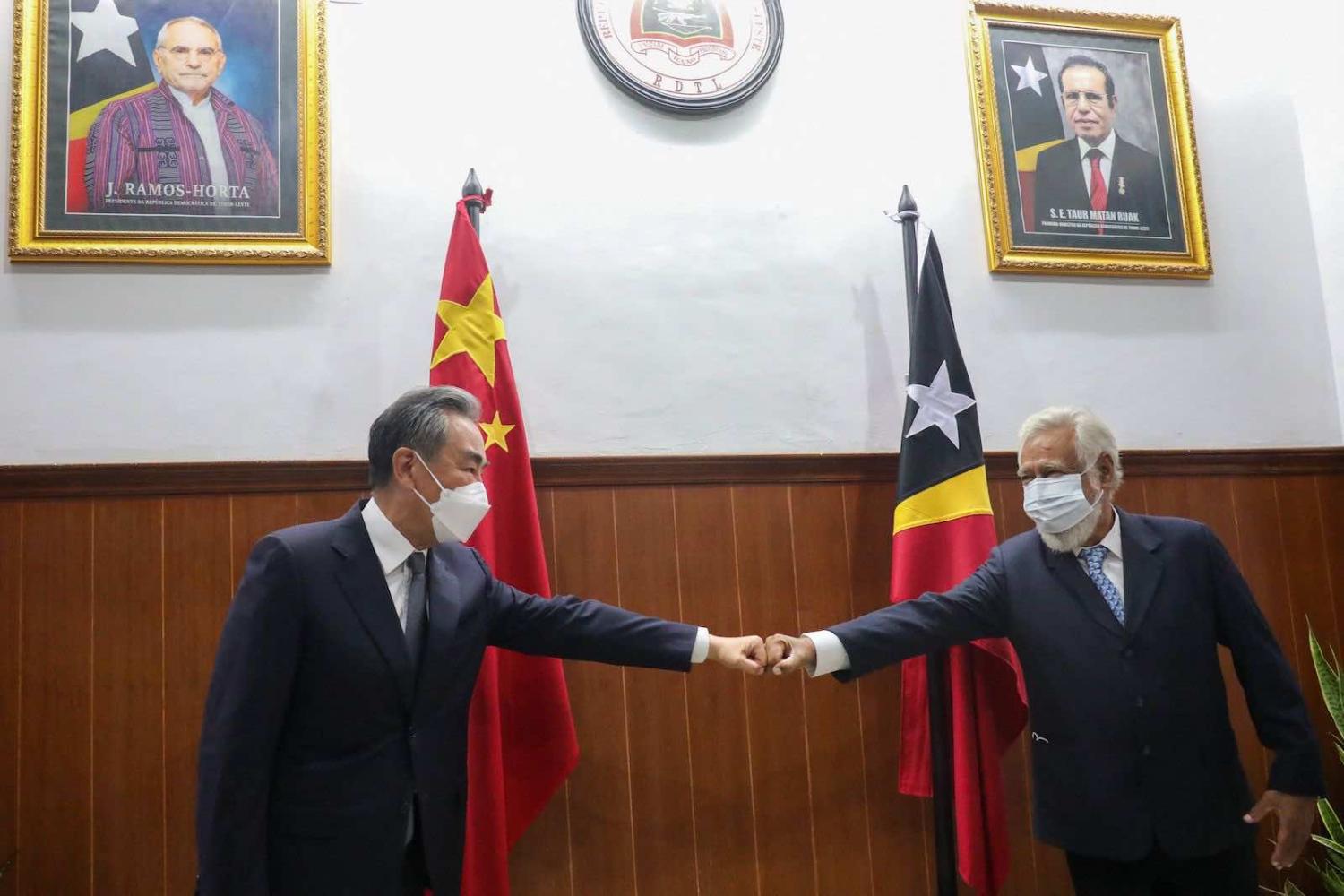 China’s Foreign Minister Wang Yi last week concluded a Pacific tour – featuring some diplomatic gains and losses – with a 24-hour visit to Timor-Leste. The visit marks the island neighbour to Australia’s north as another important player in the regional strategic contest.

Newly appointed president Jose Ramos Horta met with Yi, rejecting the possibility of a security pact with China of the type Solomon Islands has recently signed. “Why would we,” Ramos Horta said afterwards. “Australia remains our number one partner in defence and security [and] in economics we have more daily engagements with Australia than we do with any other country.”

Timor-Leste did sign various other agreements with China, in air services, healthcare, and economic and technical cooperation, including the digitisation of TV and radio signals. Ramos Horta played down the significance of these deals, saying it was part of a long-term cooperation with China.

While a security pact appears to be off the agenda, there are plenty of signs of increasing Chinese involvement in Timor-Leste’s infrastructure and political areas.

Yi also met with Prime Minister Taur Matan Ruak, highlighting that the two countries have signed a Memorandum of Understanding for cooperation on China’s Belt and Road Initiative. There is also a “one grid, one port, one road” project, which created the East Timor National Grid, the Suai Highway and the Tibar Port. Yi also proposed identifying “key areas” to assist Timor-Lese with post-pandemic economic recovery.

While infrastructure investment from Australia is appreciated and necessary, engagement with Timor-Leste will require a stronger effort than ever. Matan Ruak also held the first online meeting with Prime Minister Albanese on Sunday, highlighting essential infrastructure cooperation such as the fibre optic cable link and expansion of Dili’s “Presidente Nicolau Lobato” International Airport.

Yi’s visit signalled an interest in cultivating a deeper connection with the Timorese polity. Beyond the headline meetings, Yi also held talks with two prominent political figures in Timor-Leste: former prime minister and FRETILIN leader Mari Alkatiri, and resistance leader and former president and prime minister Xanana Gusmão. The meeting with Alkatiri reminisced on the “time-honoured contacts” between FRETILIN and the Chinese Communist Party, and FRETILIN’s support for the “one-China principle”. Gusmão, who leads CNRT, expressed thanks for China’s economic aid to Timor since independence and highlighted China’s provision of PPE during the Covid pandemic.

Australia has a difficult history with these leaders, spanning Alkatiri’s time in office to Gusmão’s pursuit of Australia for spying on the Timorese government during maritime border negotiations and frustration over the development of oil and gas fields, and processing opportunities.

But a new generation of leaders in Timor is emerging. This includes women such as Foreign Minister Adaljiza Magno and Deputy Prime Minister and leader of KHUNTO Armanda Berta Dos Santos, the latter having finished in third place during the recent presidential election. Australia is well positioned to engage with these political figures and should prioritise these relationships, extending opportunities via leadership networks.

Moreover, although China publicly supported Timor-Leste’s bid to join the Association of Southeast Asian Nations, Australia can offer better support. ASEAN members are wary of undue Chinese influence in Timor-Leste, whereas Australia can help by backing up Timor-Leste’s economic and political submissions. Given that ASEAN membership is one of Timor-Leste’s main diplomatic objectives, Australia’s assistance would be an important step towards creating a deeper relationship with a neighbour.

Competition with China should not be seen as only centred on infrastructure projects. Australia offers Timor-Leste something China cannot give – strengthening its democratic values. By supporting the inclusion of diverse figures in the Timorese polity, this will also help the government in Timor-Leste better respond to needs for education, health, human rights, the effects of climate change and need for energy. That’s the best way to foster regional cooperation.

Previous Article
China-Solomon Islands pact: Reading between the lines
Next Article
Thailand seeking to profit from a global food crisis

Tehran capitalised on US mistakes in the Middle East, but its proxy wars and consistently aggressive façade have a cost.
Catherine Renshaw 10 Aug 2021 06:00

An empty chair in New York would be a potent reflection of the situation on the ground in post-coup Myanmar.
1 Mar 2017 10:32