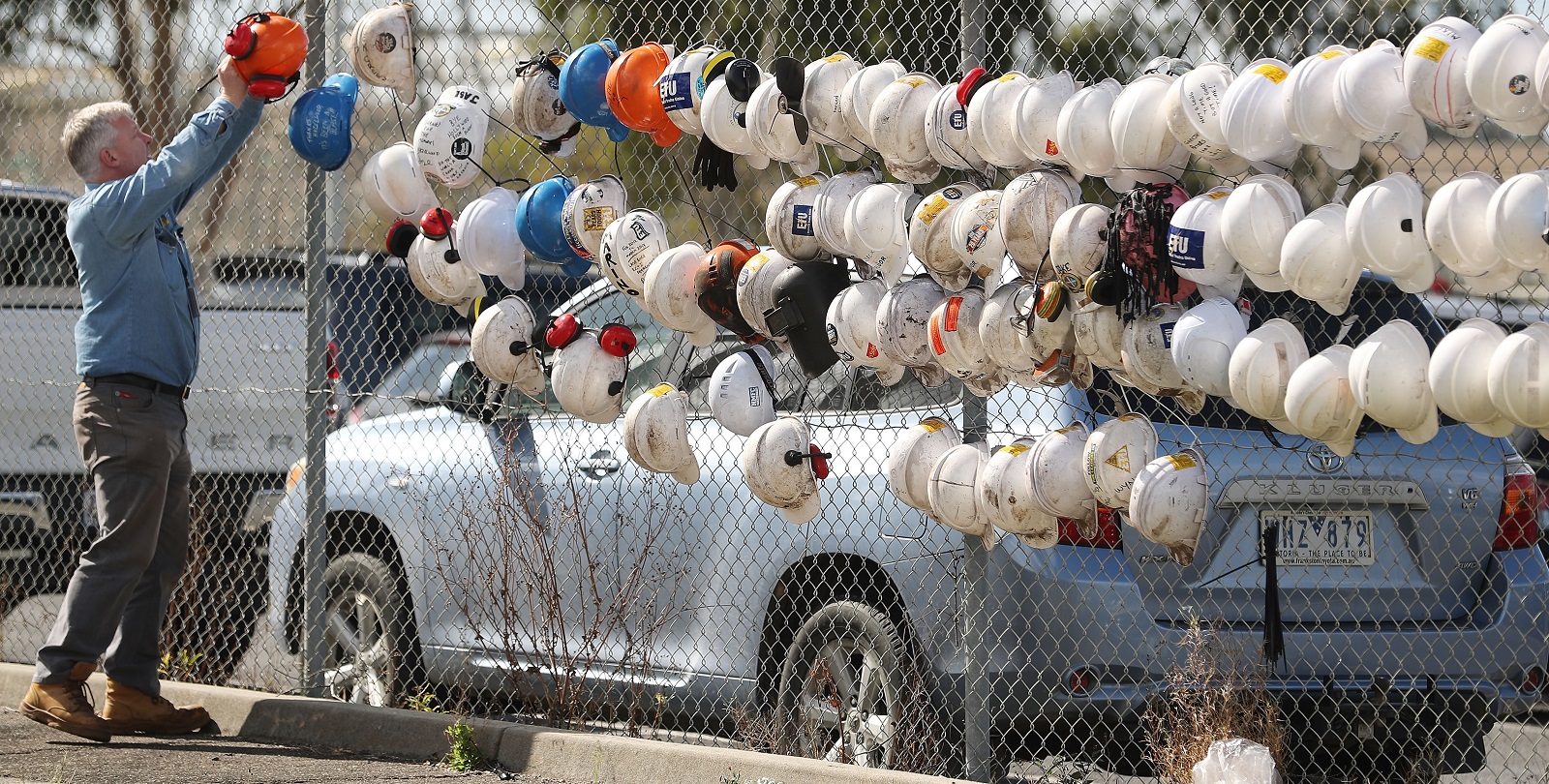 After more than a quarter century of uninterrupted economic growth, Australians like to think their country is an exception to contemporary rich economy ills. But recent numbers challenge the view that Australia is indeed fairer and more prosperous than other advanced economies. Those numbers show not only a dramatic decline in the rate of growth of wages, but also a sharp fall in the wages share of national income, slow output growth, high underemployment, and low confidence. Some of this is said to result from the end of the mining boom, validating gloomy forecasts offered in past years. Whatever the cause, any sharp increase in inequality or fall in incomes is likely to promptly show up in Australian politics, as it already has in the US and the UK.

In How to be Exceptional, a Lowy Institute analysis published last year, I found that in many respects Australia was doing quite well compared to the US, the UK and Europe in the fairness of income distribution and in prospects for continued prosperity. In a 2014 Lowy Institute Paper published by Penguin, Beyond the Boom, I argued that despite weaker commodity prices and sharply falling mining investment, the Australian economy would not only escape recession but continue to do reasonably well. Given the recent weaker growth in wages and output, along with a lacklustre jobs market, it's time for another look.

Economic growth drifted down to 1.7% in the year to March. That is well below potential and well below the average of 3.2% annual growth over the last 25 years -  though a long way from a recession. With non-mining business investment picking up and mining investment bottoming out, GDP growth should be stronger over the rest of this year.

But while output growth will likely pick up, there is increasing concern about how income is distributed than how fast it is growing.

One relevant number is the wages share of factor income, which is a measure of the share of total national income paid to employees as wages. This measure fell dramatically in the March quarter of this year, the latest period for which we have numbers. (The June quarter set will be released September 6.) At 51.5%, the wages share was the lowest for half a century, except for a single quarter in 2008. But the dramatic decline in the last two quarters for which we have data looks odd. Though it fell in the previous quarter, total employee compensation actually rose by 1% in the March quarter of this year, and 1.6% through the year to the March quarter. The wages share fell dramatically not because wages fell but because of a dazzling rise in profits, which accounts for most of the rest of factor income.

In the year to March 2017, profits before tax rose by a formidable 57%, far faster than the increase in total labour compensation in the period. Most of the increase in profits was due to an increase in mining profits, and that in turn was due to a big increase in commodity prices and a dramatic increase in natural gas exports. Mining in Australia is a highly capital intensive industry, so changes in revenue show up mostly as changes in profits. A reacceleration of the mining boom thus accounted for the collapse in the wages share of national income. BHP’s recent big profit announcement reflected that 2016 profits boom.

Unless profits continue this unusually strong growth through this year, the wages share should pick up. It is unlikely to return to the strong upward trend evident from 2012 to 2016, however, because that depended on a fall in the profit share as commodity prices dived.

While the labour share may pick up a little, it remains true that wages growth has been very slow. In the year to June, the wage price index increased by 1.9%, not much more than half of the average annual increase of 3.3% since the series began 20 years ago. That is partly because unemployment is quite high. At 5.7%, the unemployment rate is well above the 4% low it reached just before the global financial crisis. With 730,000 people looking for jobs - compared to the low of 440,000 just before the financial crisis - there is less pressure on employers for wage increases. Underemployment is also high. At the same time, the job mix has changed, away from growth in high paying jobs to growth in low paying jobs. Much of the gain in jobs over the last five years has been in the service sectors such as health and education. Employment in the high wage industries of mining, manufacturing and utilities is well down on the levels reached nine years ago.

But while wages growth has fallen so has consumer price inflation. The fall in after inflation or real wages growth is therefore less striking. Deflating the change in the wage price index by the change in the employee households cost of living index, real wages rose by 0.6% in the year to June. That is only a little below the average annual real increase over the last few decades. For the five years to June 2017, real wages on this measure rose 6%. That is well above the average five-year real increase of 3.9%, though less than recent peaks. So while there has certainly been a sharp decline in wages growth, the decline in after-inflation wages growth is less striking. Real wages have increased a bit better than 1% a year on average over the last five years, which is a lot better than some of the gloomier forecasts for the end of the mining boom.

What's going on with jobs

Yet there is plenty to worry about the in the job market. Employment of 15-24 year olds increased in the 10 years to 2008 but has since fallen. Since September 2008, total employment had increased by 13% but the employment of 15 to 24 year olds has fallen 3%. Some of that fall is the continuing increase in school age retention rates, some is increasing engagement in full time training and some of it is young people deciding to continue education and training because the jobs market is weak. But some is also slow growth in jobs overall. Typically in weak labour markets experienced workers have a better chance of a job. Though it has now stabilised, the employment to population ratio among 15-24 year olds has fallen sharply since 2008 - in much the same pattern as the recessions of 1980 and 1989. In July this year there were still 278,000 unemployed 15-24 year olds. More than a third of the unemployed are in this age group.

Underemployment is also high, and more so for young people. As measured by the Australian Bureau of Statistics, the number of underemployed people jumped by one third or 200,000 from September 2008 to June the following year and has since increased to nearly double the total underemployed just before the financial crisis.

High unemployment among the young is a big problem for Australia. Even so, on OECD numbers the youth unemployment rate in Australia is well under most of Western Europe, and under the UK, New Zealand and Canada.

On the broader issues of income inequality, there is little doubt that there is increasing inequality in incomes before tax and before taking government benefit payments into account. Once taxes and transfers these are taken into account, the picture changes. According the most recent ABS numbers, which are for 2013/14, after tax and after benefit inequality for households hadn’t changed very much from the 2011 reading.

Income distribution is usually measured by the Gini coefficient. It has a value of zero when incomes are distributed evenly and a value of one when all income goes to one top group or individual. In Australia the Gini coefficient was 0.333 in 2013/14 – more unequal than the 0.302 recorded in 1994/96 but a little less unequal than the 0.336 recorded in 2007/08. Over 20 years, the top has gained a little in income share but otherwise there has not been much change in the share of disposable income for each fifth or quintile of households, ordered by disposable income. Importantly, all income quintiles have seen very big increases in real disposable income over the last two decades. It may be that when it becomes available more recent data may show some further increase in inequality in disposable incomes, but it is unlikely to be a rapid change.

OECD data for 2014 (the latest available) confirms that the Australian income distribution remains more unequal than most of Western Europe but less unequal than the US, the UK and New Zealand.

The weaker growth in wages and output is often attributed to the ‘end of the mining boom’. Mining investment hit a new low in the June quarter of this year at less than half the peak during the boom. Metal prices are well down compared to the highs of 2011 or the earlier peak in 2008. Prices for Australian mining exports are not much more than half the price at the peak in 2008 – though still well above the levels reached at any time before 2008. Mining output, however, is more than 50% higher than it was six years ago, and continues to increase. In the March quarter of this year the value of mining exports hit a new high. The fall in the value of mining investment over the last five years has been pretty evenly matched by the increase in the value of mining exports. Though the mining boom has moved from the investment phase to the production phase, mining now makes a markedly bigger contribution to GDP than it did five years ago.

A good deal of what we now take to be the consequence of the end of the mining boom seems to be more closely related to the global impact of the 2008 financial crisis. It did not savage the Australian financial system as it did those of the US, Europe and the UK, but the impact of confidence and expectations has been deep and long lasting. The boom in mining investment hardly got going until 2011, while a seven-year upswing in non-mining business investment ceased abruptly in the September quarter of 2008, when Lehman collapsed. It is now heading up, but non mining business investment in the June quarter of this year was only a touch above where it was in that September quarter nine years earlier. Wages growth plummeted after the financial crisis, recovered a little to 2010, and has since resumed a downward slide. The end of the investment phase of the mining boom might account for part of the recent decline, but it started with the financial crisis and the decline persisted through the peak in mining investment in 2012 and 2013. Weak wages growth is also apparent in other advanced economies, notably in the US. That suggests to me that the decline in wages growth is part of a larger story, one in which Australia is not at all exceptional.