Reactions provoked by the mooted deal provide analysts with rich insight into some of the forces now at play in Europe.

The saving grace of a nasty divorce is durable insight into the true values of the parties involved. And so, with Brexit.

The Withdrawal Agreement – which has triggered rancorous opposition in parliament and a political crisis in the UK – lays bare the diplomatic cards. Whatever its eventual fate, the way that Agreement was reached and the reaction it has now provoked provide analysts with rich insight into some of the forces now at play in Europe.

The way that Agreement was reached and the reaction it has now provoked provide analysts with rich insight into some of the forces now at play in Europe.

First, the anguished yelps in London show where power has prevailed. As Australia’s ex-envoy pointed out, the UK was set to become a regulatory colony of the European Union for at least 20 months. The Agreement also required UK taxpayers to foot a £39 billion (A $68 billion) divorce fee, and parliament to surrender, indefinitely, the right to legally extract itself from EU institutions thereafter.

In contriving to impose such terms, the EU revealed some unanticipated qualities: unity, discipline, and exceptional statecraft. The laurels go to the chief orchestrator, the European Commission. That furtive chink of glassware in Brussels three weeks ago now looks premature, but if the Withdrawal Agreement survives in modified terms, then November 2018 will mark the date when the Commission stepped forth as the principal power-broker in Europe.

How was this putative victory gained? Last December, the EU demanded Northern Ireland as a hostage for the trade talks: if UK and EU cannot agree on seamless trade, then a “backstop” arrangement would see Northern Ireland excised from the UK’s regulatory and customs ambit, and retained within EU jurisdiction. It is to mitigate this legal-regulatory annexation that the UK offered itself in entirety into backstop bondage.

Such diplomacy is predatory, and former foreign secretary Boris Johnson called it out. Put simply, the EU demanded that UK cede regulatory and judicial sovereignty over part of its territory as the price of a deal. In asserting this right, the Good Friday Agreement (GFA) was, proverbially, honoured more in the breach than the observance. The Withdrawal Agreement obviated a physical border in Ireland, sure, but this consequential benefit was secured by subverting the GFA’s principal provisions: acknowledgement of UK sovereignty; and constitutional change only via popular consent.

Were no qualms expressed in Brussels? Respect for sovereignty and popular consent are precisely what differentiate post- from pre-war European diplomacy, yet the Agreement respects neither and the British parliament bridled. Perhaps for the EU, the ends justified the means. If so, it’s worth examining the inevitable result of the backstop if it isn’t removed from the Agreement: UK’s forced retention in a customs arrangement and adherence to single market regulation.

To appreciate the gravity of this outcome it is necessary to grasp one fundamental point: that, although the Customs Union‒Single Market looks like a free trade area it doesn’t behave like one, at least not for UK.

Since 1998, UK’s goods exports to EU have stagnated while imports have grown at a brisk 3.2% per annum. The result: a series of chronic deficits that recur and augment like nightmares across UK trade: -£28 bn in autos; -£18 bn in food & agriculture; -£9 bn in pharmaceuticals; -£7 bn in machinery.

Scrutiny of UK’s historical trade data reveals a curious “captive market” effect. Take UK’s biggest traded sector: autos, worth £103 billion per year. Over 20 years, the EU has retained a vice-like market share of over 83% of UK imports, even as its own share of UK exports has plummeted. Meanwhile, UK’s growing dependence on EU agriculture force-feeds UK consumers on the most expensively produced food on earth.

Protected by external EU tariffs, EU producers are steadily cornering UK’s markets without commensurate reciprocity. From this, the backstop ensures no escape (without sacrificing Northern Ireland). Under the Agreement, UK’s financial services would get no special post-Brexit treatment, but even if they did, their surplus covers just one-quarter of UK’s £95 bn EU goods-trade deficit. For historians this is mercantilism; the practice of using power to capture markets. It, too, has nasty precedence in pre-war Europe.

As for the UK, enduring insights flow from reactions to the Agreement. Specifically, popular hostility to its terms proves there was always way more to Brexit than an anti-immigrant spasm. The Agreement would definitely end free movement, and yet no poll of leave voters comes close to showing a preference for the Agreement over simply walking away, with all its hazards.

The reaction amongst pro-Brexit Conservative MPs is more fascinating still. Almost all are implacably opposed. Tally up their antipathies to the Agreement – and its impediments to free trade, deregulation, cheap food, and an unfettered foreign policy – and analysts aren’t staring at swivel-eyed Tories; they are staring straight into the pupils of Gladstonian liberals who aren’t afraid of change.

So, this is a salutary moment. The rejection of the Agreement by pro-Brexit MPs reveals deep tides. To characterise Brexit, now, as populist xenophobia is as misplaced as it would be to characterise the Protestant Reformation as just an irate bout of iconoclastic statue-bashing. There’s more at stake than perceived public delinquency; specifically, a classic and compelling model of government.

As for the EU, the omens look ill. Following its rejection by Parliament, the EU has refused to renegotiate the Agreement. In its current form, the Agreement will fail. Playing for higher stakes, the EU may want it to fail. But nothing will elide the Agreement’s brutal logic or exploitative intent. Sadly, the EU’s diplomatic standards are slipping into unsavoury ways. What’s odd, though, is that none of its members object.

*  Data source UK Office for National Statistics, September 2018 (November 2017 for Financial Services), with calculations made by the author, available here. 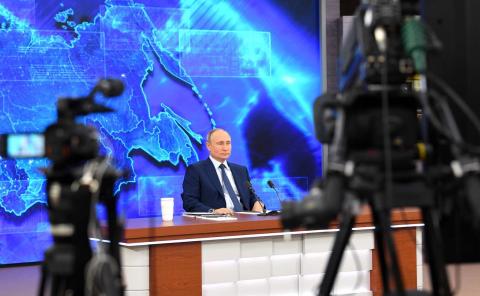 Previous Article
Separating the Philippine state from the church
Next Article
US killing by drone: continuity and escalation

A shortage of judges on the WTO trade court is bringing appeals to a halt, just as trade disputes are on the rise.
Greg Earl 4 Jul 2019 11:00

Solomon Islands gets a lesson in Chinese diplomacy

Thanking Taiwan for aid during the Covid-19 pandemic clashes with the One China policy – at home and in Beijing.