In Chile, APEC vs anarchy

With heavy street protests leading the president to declare a state of emergency, Chile’s big showcase is looking iffy. 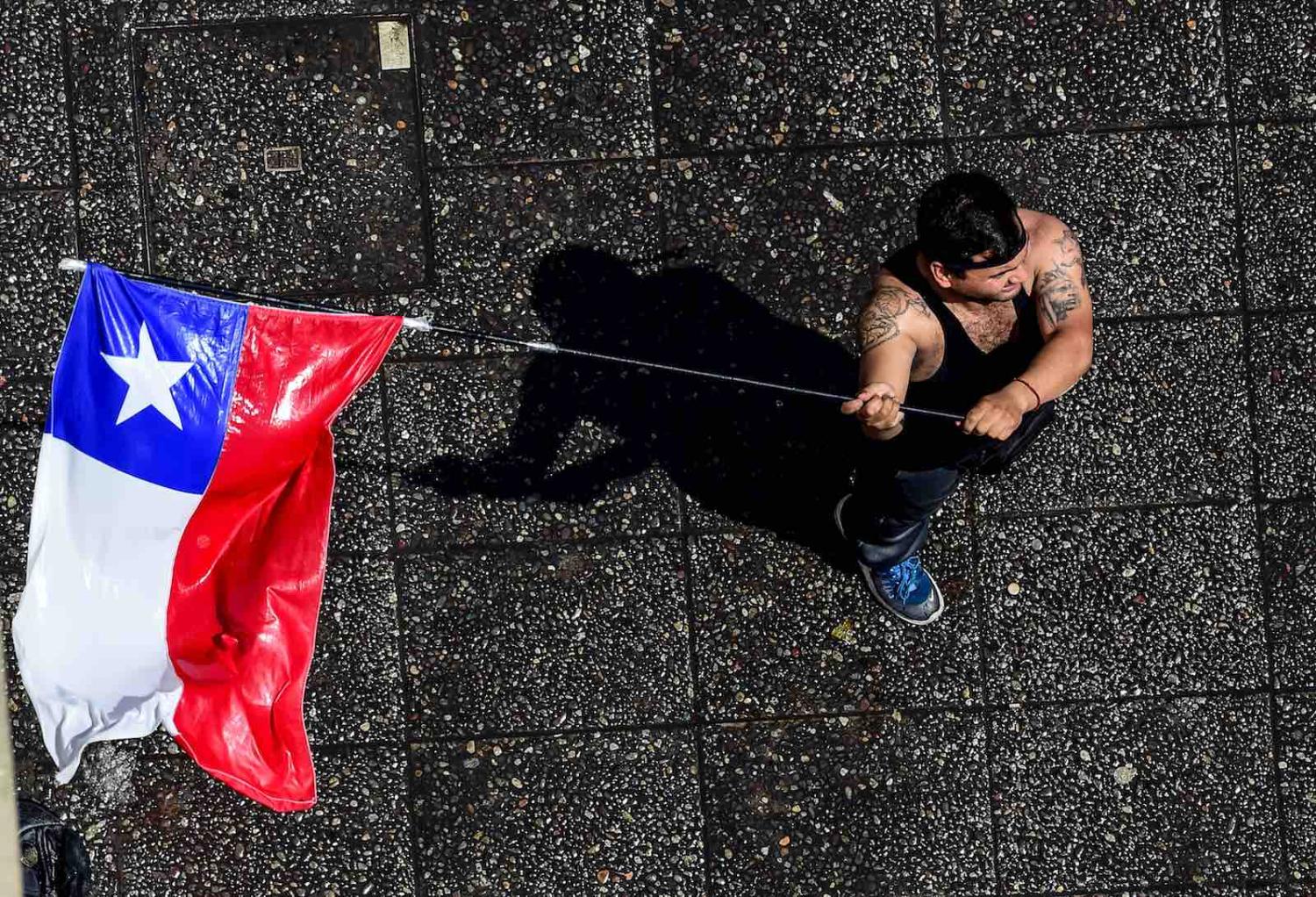 The APEC Leaders’ Week is a moment when the theatre of summitry is on full display for the global media, and next month the representatives from the 21 member economies are due to descend on Santiago, Chile. But at a turbulent enough time internationally, unexpected domestic strife for the host has raised another challenge.

The leaders’ week is actually the culmination of a year of monolithic programming in the lead-up, most of which has received little coverage in Australia and only rarely makes international news. And given the controversy surrounding the summit in PNG last year – featuring Maseratis and millions of dollars in unaccounted expenditure – plus the already crowded agenda between Brexit, Donald Trump’s impeachment enquiry, fighting in Syria, and protests in Hong Kong, it might have been expected that APEC 2019 would come and go without much fuss.

But that was before Chilean President Sebastián Piñera called a state of emergency amid protests on the streets of Santiago, just three weeks prior to most important week in the APEC calendar.

Experts viewed Chile’s hosting of APEC as an opportunity to demonstrate Latin America’s continuing relevance to the Asia-Pacific regional architecture. Geopolitically, this is an important time for the region, as most foreign policy and trade discussions have shifted to focus on economic integration of India into the Asia-Pacific, or what is to many known as the “Indo-Pacific”. Negotiations for the Regional Economic Comprehensive Partnerships (RCEP) agreement, which includes India, are nearing completion. RCEP would become the first “Indo-Pacific” but ASEAN-centred free trade area. Including India in APEC is also under discussion.

Chile is the country with the greatest wealth per capita in South America and typically considered politically stable, especially when compared to some regional neighbours. Importantly, Chile is the gateway for Australia’s connectivity into the region. At present, all flight routes from Australia to South America transit through Santiago on LATAM Airlines.

The focus Chile had set out for APEC is four priority areas intended to complement its strengths as a country. “Digital society” is the first of these priorities, which affects all areas of APEC’s work, including infrastructure, regulatory frameworks, trade rules, human capital development, and the future of labour. Linked to this is the second priority, “Integration 4.0”, a focus on connectivity, including trade facilitation, customs-coordination, border management automation, regulatory convergence, participation in global value chains, people and knowledge mobility, and investments in infrastructure.

To date, 15 people have been killed and approximately 3000 people detained in the protests. The increasing violence led Piñera to declare, “Estamos en guerra” – “We are at war”.

The third priority is “women, SMEs, and inclusive growth”, to reduce a divide in the labour market and increase women’s participation in non-traditional sectors such as mining, transportation, and energy. The fourth priority is “sustainable growth”, with a broad scope to cover a range of areas, including combating illegal fishing and reducing marine debris. This priority area also focuses on sustainable energy to modernise for a better quality of life as well as smart cities.

These are all important and relevant topics in the Asia-Pacific economic region, which accounts for about half of the world’s global trade and 60 per cent of global GDP.

Yet domestic instability in Chile during APEC Leaders’ Week may have real consequences for any chance of progress on any of these priorities. If the state of emergency is not lifted prior to Leaders’ Week, it will compromise one of the great strengths of APEC, which is its ability to bring together world leaders on the sidelines of the forum. And this could have wider global consequences, too.

The protests initially began in response to an increase in public transportation costs, and are symptomatic of a country that while the wealthiest in the region, is also one of the most economically unequal in the developed world.

To date, 15 people have been killed and approximately 3000 people detained in the protests. The increasing violence led Piñera to declare, “Estamos en guerra” – “We are at war”. Local and international responses have likened the military presence in Santiago as reminiscent of the Pinochet dictatorship, which ended in 1990.

APEC is usually a venue for discussions that goes well beyond the formal agenda. The has already been plenty of speculation about any number of sideline meetings supposed to take place in Santiago. Trump and China’s Xi Jinping are due to meet, no doubt Prime Minister Scott Morrison will also take the opportunity to re-connect with Trump, and amid the trade tension between South Korea and Japan, a bilateral meeting between Moon Jae-in and Abe Shinzo has not been ruled out.

It is these less formal but equally important meetings where APEC carries so much of its value. The risk that domestic strife will prevent these taking place is potentially damaging to Piñera and Chile’s reputation.

Piñera has only a short time to turn around the crisis that has shocked his country. In the last day, his tone has shifted to be less confrontational than his earlier talk of “war”, promising a guaranteed minimum income, a higher minimum wage, lowered energy costs, and insurance for healthcare.

No doubt, Piñera is mindful that APEC is on the horizon. Santiago is also due to host COP 25 in December. For Chile, it is not only the eyes of APEC, but also the United Nations that are watching.

Long-winded declarations reflect an absence of consensus; the veneer of cooperation rather than its substance.
Annmaree O’Keeffe 11 Sep 2018 12:30

Australia and China are playing out an aid-funded geostrategic dance, with Port Moresby the chosen venue.