China and Hong Kong: ‘One country above all’

Xi’s itinerary during his three-day whirlwind visit to the city, his first as President, was packed with highly symbolic events showing Hong Kongers, and the world, who’s boss. 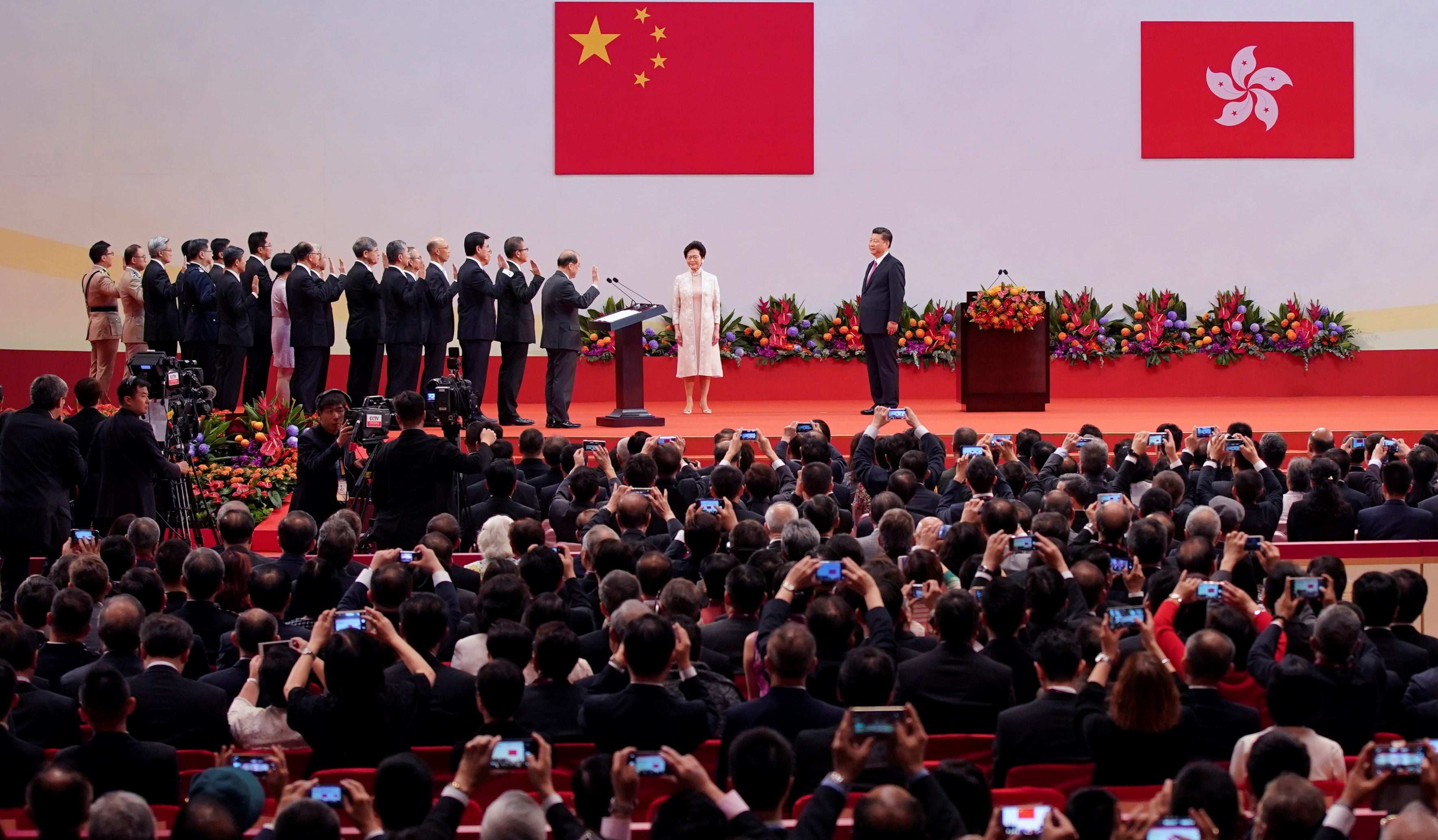 One country is above all. That was the loud and clear message President Xi Jinping delivered to Hong Kong as the city commemorated the 20th anniversary of the handover from the UK to China.

Hong Kong might have been 'returned' to the motherland in 1997, but the hearts of the people have not, a source of angst in Beijing. Xi's itinerary during his three-day whirlwind visit to the city, his first as President, was packed with highly symbolic events showing Hong Kongers, and the world, who's boss.

Hong Kongers, as well as foreign powers that have been making a fuss about China's rule of Hong Kong, can stop fantasising about a future offering more freedom and democracy. 'Any attempt to endanger national sovereignty and security, challenge the power of the central government…or use Hong Kong to carry out infiltration and sabotage activities against the mainland is an act that crosses the red line, and is absolutely impermissible,' Xi warned on 1 July after inaugurating Hong Kong's Chief Executive Carrie Lam as the city's first female leader.

The tough statement might appear to be directed against rising desires for Hong Kong independence among the young. But if the statement is read together with Xi's other public appearances during his Hong Kong trip, alongside a few other recent incidents, it's clear the message was intended for a much bigger audience.

Culture has played an important role in Xi's leadership. In 2014 at the Beijing Forum on Literature and Art, Xi spoke of the role and the purpose of culture in serving the country, rather than being a form of expression. In Hong Kong he visited West Kowloon Cultural District upon arrival on 29 June, witnessing the signing of the agreement to build a Hong Kong branch of Beijing's Palace Museum, a controversial plan arguably imposed on Hong Kong. Xi's presence at the signing of the agreement was a strong indicator that the Palace Museum deal has a deeper purpose than just bringing historic and cultural items from Beijing to Hong Kong – it is a means to impose a Chinese identity on Hong Kong, which has developed a strong sense of local cultural identity over the past decade.

The following day, Xi inspected the Hong Kong People's Liberation Army garrison, where he was greeted as 'chairman' instead of 'commander'. It was widely read as a sign of Xi's full control of the country and Beijing's authority over the city - one country is above the two systems.

China's Foreign Ministry spokesman Lu Kang shocked the world on the same day by saying that the Sino-British Joint Declaration (the agreement signed in 1984 between Britain and China to lay the foundation for the handover of Hong Kong) has no more practical significance. China's objections to honouring the treaty have sent shivers down the spines of some Hong Kongers, with their confidence in the promise of 'one country, two systems' and '50 years unchanged' of the city's judicial independence and freedoms. Topped by the arrest of young activist Joshua Wong ahead of Xi's visit on 28 June, it was clear to Hong Kong and the rest of the world that China is in control and does not welcome those who go against its will.

What is left for Hong Kongers until the 50-year period expires? For now, the annual 1 July protest continues as usual. Tens of thousands took to the streets this year, with some inventing creative artistic expressions to vent their anger and frustration. To some people, the Hong Kong they grew up with is already dead (a prospect mentioned in Fortune way back in 1995). But even if old Hong Kong no longer exists, can its ghost - the spirit, the soul and the values the city represents - survive? There might be a chance, but only if the people of Hong Kong can stop themselves from surrendering to their current rulers too soon.