Beijing is blamed unfairly for its role in the island’s crisis ­– but its response has hardly enhanced China’s influence. 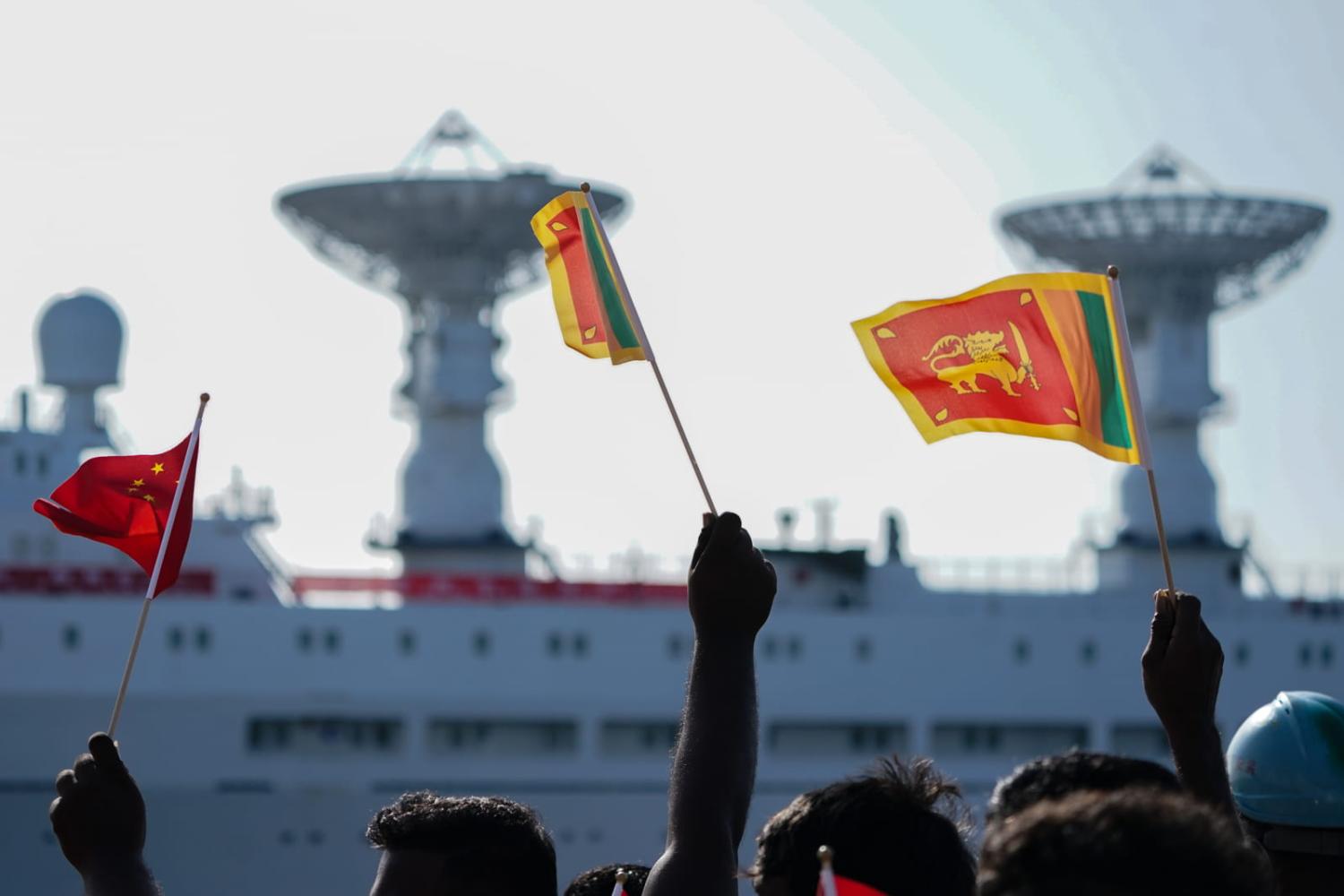 The Chinese tracking ship Yuan Wang 5 has finally docked at Hambantota Port in Sri Lanka for replenishment after India and the United States tried, and ultimately failed, to persuade the local government to turn it away. The arrival of the massive vessel might seem like a victory for Beijing in this strategically important island nation.

But it is, in fact, nothing of the kind, because it reinforces the image of China as a predatory imperial power that is trying to exploit Sri Lanka for its own purposes. Beijing has done little to help the country through its devastating economic meltdown, providing far less aid than regional rival, India.

Quite why China would sit back and allow an adversary to reap the soft power benefits of this current crisis is baffling when it has often been blamed by the US government and others for causing Sri Lanka’s problems and could use an opportunity to improve its reputation on the island.

It has long been claimed that Beijing engages in “debt trap diplomacy”, swamping poor countries with so much debt that they cannot pay back their loans and must surrender control of strategic assets, enabling China to expand its geopolitical influence under the guise of seemingly benign infrastructure projects.

Exhibit A in this regard is Hambantota, where the PLA vessel has docked. The project was financed by Chinese loans, but in 2017 Beijing allegedly seized the port when Sri Lanka could not service its debt. Ever since, the example of Hambantota has been cited by western officials seeking to warn of the perils of Chinese lending.

For months Sri Lanka has been pleading with China for more support, but to no avail.

However, this episode has been widely misrepresented. China did not seize the port, but leased it for 99 years. Sri Lanka proposed the deal because it urgently needed foreign exchange to pay Western creditors. The loans used to finance Hambantota were not written off; they are still on the books.

China supposedly grabbed Hambantota because it wanted to establish a naval base along strategic shipping lanes. But there has been no evidence of any PLA military activity there prior to the arrival of this tracking vessel. And Indian and American ships have visited, so why not Chinese?

Debt-trap diplomacy is little more than a conspiracy theory. Eurobonds account for the largest proportion (36 per cent) of Sri Lanka’s sovereign debt. China’s share is admittedly sizeable, ranging between 10 per cent and 20 per cent, depending on the way it is calculated. But, however you crunch the numbers, Beijing is not primarily responsible for the country’s crisis.

Still, while accusations of nefarious Chinese designs on Hambantota might be bogus, they are widely believed, and China has not done itself any favours with the PLA visit this month, which plays into concerns that it is trying to militarise the island, handing Delhi a propaganda victory.

In recent years China and India have been engaged in a tug of war for influence in Sri Lanka. China held clout during the presidency of Mahinda Rajapaksa from 2005 to 2015; then it lost ground to Delhi under his successor; but regained influence when Mahinda’s brother, Gotabaya, took the helm in 2019.

Now the tables have turned once again. Gotabaya and his brother both resigned from government this year, depriving China of its best friends in Colombo. India has moved in to alleviate Sri Lanka’s desperate food and fuel shortages with over $3.8 billion of assistance. Beijing, by contrast, has provided a relatively paltry $74 million.

For months Sri Lanka has been pleading with China for more support, but to no avail. While India extended a currency swap arrangement with Sri Lanka in April, the People’s Bank of China has suspended its own swap line because the country lacks sufficient foreign exchange reserves.

China has also expressed a reluctance to write off its Sri Lankan loans, playing into accusations of stinginess when it comes to debt renegotiations. Indeed, China’s record in this area shows a refusal to negotiate debt relief with other creditors and a preference for engaging in secretive, bilateral loan restructurings.

Beijing has been happier extending new loans than writing off old ones, thus fulfilling a role akin to that of the International Monetary Fund, which provides cash-strapped countries with emergency financing. But in many of these cases liquidity is not the problem; solvency is. And what countries really need from China is a reduction in their debt load, not more credit.

Things might be changing. China has just reached a deal with Zambia’s other creditors to provide some form of debt relief as part of a multilateral G20 initiative. But the details of this agreement remain unclear and it is too soon to say that Beijing has softened its approach.

Certainly, its image will suffer even further if it plays hardball in Sri Lanka. While China has been blamed unfairly for its role in the island’s crisis, its handling of the situation has so far been clumsy and self-destructive, enabling its rival, India, to claw back some influence. If Beijing doesn’t mend its ways, it could experience setbacks in other indebted countries, too.

Australia vs China, Europe vs Russia

This incident has dented the Chinese government’s claim to be in control and the financial danger zone is approaching.