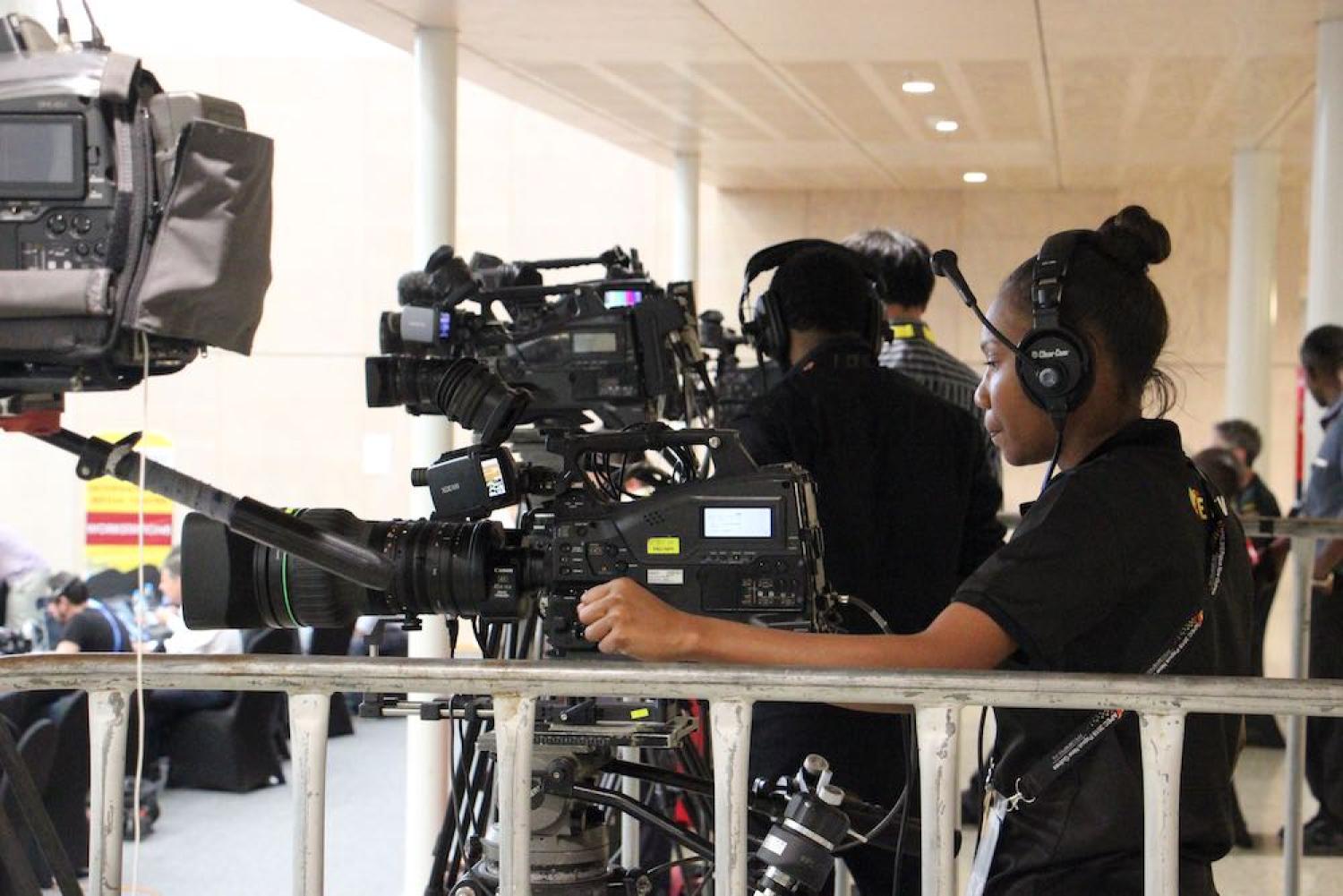 The refusal of the Vanuatu government to allow high-profile Vanuatu-based journalist to fly home on Saturday has given a sharper edge to concerns about a wider trend of attacks on media freedom in the Pacific and highlights both China’s influence and Australia’s policy failure in broadcast and other media.

McGarry – a Canadian by birth and a recent contributor to The Interpreter – is widely regarded as one of the best journalists in the region.

The story that kicked off his dispute with the Vanuatu government began without pulling any punches.

“Under a veil of secrecy, China has convinced Vanuatu to enforce Chinese law within its own borders,” McGarry wrote in the Vanuatu Daily Post, before he was forced to step aside from his post as media director.

The story broke the news that six Chinese citizens, including four dual Vanuatu citizens, had been handed over to Chinese authorities for deportation without charges or due process. The dual citizens gained their rights through a controversial citizenship-for-investment program that is bankrolling Vanuatu’s budget ahead of next year’s elections.

Prime Minister Charlot Salwai Tabimasmas, a francophone who learnt English listening to ABC Radio Australia, has a track record of sticking up for public-interest journalism at home and internationally. However, ministerial sensitivities aroused by inaccurate and sometimes excoriating commentary on local Facebook sites this year have heightened animosity to mainstream media, as well as social media.

Within days of publication, McGarry was called into the Prime Minister’s office and told bluntly that his “negative” reporting was not welcome and if he “didn’t like it here” could “go home”.

Then, earlier this month his work permit was denied – on the grounds his position should have been localised. The decision did not sit well with the Minister for Youth and Sport, Francois Chani Tabisal, or the Media Association of Vanuatu. Both called for a rethink – on Facebook.

Instead the government upped the ante issuing a no-fly order for McGarry last week – ironically, while he was in Brisbane attending a Melanesian Media Freedom Forum at Griffith University. On Saturday, McGarry was left stranded in Brisbane while his ni-Vanuatu partner flew back to Port Vila alone to care for their young daughters. McGarry has lived in Vanuatu for 16 years. His legal advice is that there is no basis in law for the no-fly order and that he has a right to go “home” as a visitor.

McGarry’s is just one of an increasing number of media freedom issues bedevilling the region, as the statement issued by the 12 leading journalists who attended the Melanesian Media Freedom Forum attests.

Rightly or wrongly, China is getting the blame for some of this. On Sunday, the Nine Network’s 60 Minutes story “Seeing Red” quoted Kiribati opposition leader Titabu Tabane blaming his country’s switch of diplomatic allegiance to China (from Taiwan) for more media repression. That included the house arrest and deportation of the 60 Minutes crew, one of the few overseas media teams to visit the country since harsh conditions were imposed last year prior to the switch.

While there has been a significant uptick in Australian media interest in the region recently, its almost single-minded focus on China is not helping improve that understanding and is aggravating Pacific leaders who want to see Pacific voices and a wider agenda make more of an impact.

But issues with media freedom are by no means all the result of China’s influence. Pacific governments themselves have a mixed track record, Indonesia has plenty to answer for in West Papua, and Australia, with its raids on journalists, is no longer the shining role model it once was.

Not only that, but the absence of Australia’s media from the region is resulting in the reporting on China’s ever-growing footprint falling to a handful of Pacific-based journalists such as McGarry, who are already under pressure and easily picked off.

In the past couple of decades, Australia’s media presence in the Pacific has been decimated as the former Fairfax papers, The Australian, and the Australian Associated Press have withdrawn their journalists based in the region. The heaviest blow came in 2014, when the ABC lost well over half its Pacific reporting staff – including the iconic Pacific reporter Sean Dorney – to budget cuts by the Abbott government.

Just when the world has become more complex and Australia most needs its voice in the region, it has fallen almost silent. Despite the growth of social media, radio continues to be the most important medium for news and public debate, yet the ABC’s still excellent, if reduced, Pacific programs now reach less than half of the nations of the Pacific Islands Forum.

There is no doubt that, for Australia, China’s growing influence is the story of the decade. But, with so few Australian journalists based in the region, even significant developments in the China story are going unreported.

A case in point is the new Chinese real estate developments across the Pacific. A recent story on the massive Rainbow City development on Vanuatu’s main island of Efate did not mention the Nawesa International Elite Community, another nascent Chinese mega-development development just up the road. With a proposed port, three resorts, 585 villas, and more on 147 hectares, it is set to be almost double the size of Rainbow City.

For Australians to have a real understanding of the many diverse nations that make up the Pacific, much more is needed than coverage of China’s changing footprint. The level of understanding and knowledge in Australia about the Pacific is staggeringly low. While there has been a significant uptick in Australian media interest in the region recently, its almost single-minded focus on China is not helping improve that understanding and is aggravating Pacific leaders who want to see Pacific voices and a wider agenda make more of an impact in Australia.

It is heartening to see the ABC’s Q&A will be broadcast from the Pacific for the first time next month. But for Australia to make the overdue transition to talking “with” and not “to” the region, it needs to offer more than just an occasional program.

China and other media players are expanding their media offerings.

As Vanuatu’s Prime Minister suggested, in his submission to the Review of Australian Broadcasting Services in the Asia Pacific, if Australia is to overcome its yawning media silence in the region, it needs to offer a comprehensive array of public-interest programming.

Congratulations to Joe Hockey for anticipating Trump's win. But perhaps it was not simply a matter of elites being out of touch, as his analysis suggests.
Darshana Baruah 22 May 2020 06:00

These week's links also include asylum seeker news from Nauru, shoring up the borders in Bangladesh, and climate change refugees from PNG’s Carteret Islands.