In this episode of COVIDcast, Roland Rajah, Lowy Institute lead economist, sat down with Pascal Lamy to discuss the future of globalisation. Lamy has served at the peak of global trade and economic governance. He was the Director-General of the World Trade Organization for 8 years, from 2005 to 2013, before which he was the Trade Commissioner for the European Union (EU) from 1999 to 2004. Currently he is President emeritus of the Jacques Delors Institute, a policy think tank in Paris.

Covid-19 has delivered a huge shock to globalisation. Borders have been literally shut, international supply chains have been severely disrupted, and governments around the world have stepped in with a range of emergency measures that, while necessary to fight the crisis, have also created an unlevel playing field across countries. Protectionist measures and sentiments seem to be rising very rapidly. Almost all political leaders want to talk about reshoring manufacturing, and certainly very few want to talk about how keeping their own markets open is critical to economic recovery.

All of this has come on top of pre-existing challenges to globalisation – not least the trade war between the US and China, Western concerns about China’s party-state economic model, and an arguably existential crisis facing the World Trade Organization (WTO).

Lamy argues the EU will likely push Australia hard on its climate-change and environmental policies – which is now a key European conditionality for all trade agreements.

Lamy puts forward a bleak picture for the future of globalisation. In addition to the host of well-known problems, he argues that what he terms “precautionism” could form a new and pernicious barrier to globalisation. This would see governments looking to de-risk their economies – e.g., to ensure the security of key supply chains – in ways that could prove extremely difficult to reconcile across countries to create a level international playing field.

The WTO needs to modernise. The WTO disciplines need to more effectively cover China’s state-based system, particularly through implementing the idea of competitive neutrality. But the geopolitical rivalry between the US and China is here to stay. The WTO will need to switch from focusing on “convergence”, towards market-based economics, and to “coexistence”. In the immediate term, a “cooling down” period for WTO over the next one to two years following Covid-19, with a coalition of the willing agreeing to wind down extraordinary measures and returning to the WTO negotiating table. Developing countries have the most at stake in keeping the global economy open and seeing recent extraordinary moves in rich countries to prop up industries ultimately removed.

Finally, turning to negotiations for a new free trade agreement between Australia and the EU, Lamy argues the EU will likely push Australia hard on its climate-change and environmental policies – which is now a key European conditionality for all trade agreements. 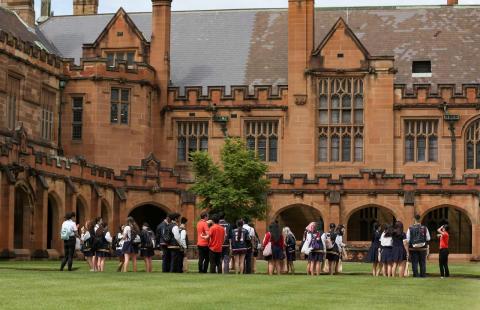 Previous Article
Southeast Asian democracies in declining health amid Covid-19
Next Article
Australia’s Strategic Update: What it means for Indonesia

Under Trump we're likely to see a recalibrated US offshore balancing in Asia that won't mean either careless provocation of China or a total US drawdown.
Kirsten Han 9 Aug 2018 15:00