Nestled between giants comprising half the global population, control or contagion in Myanmar has huge ramifications. 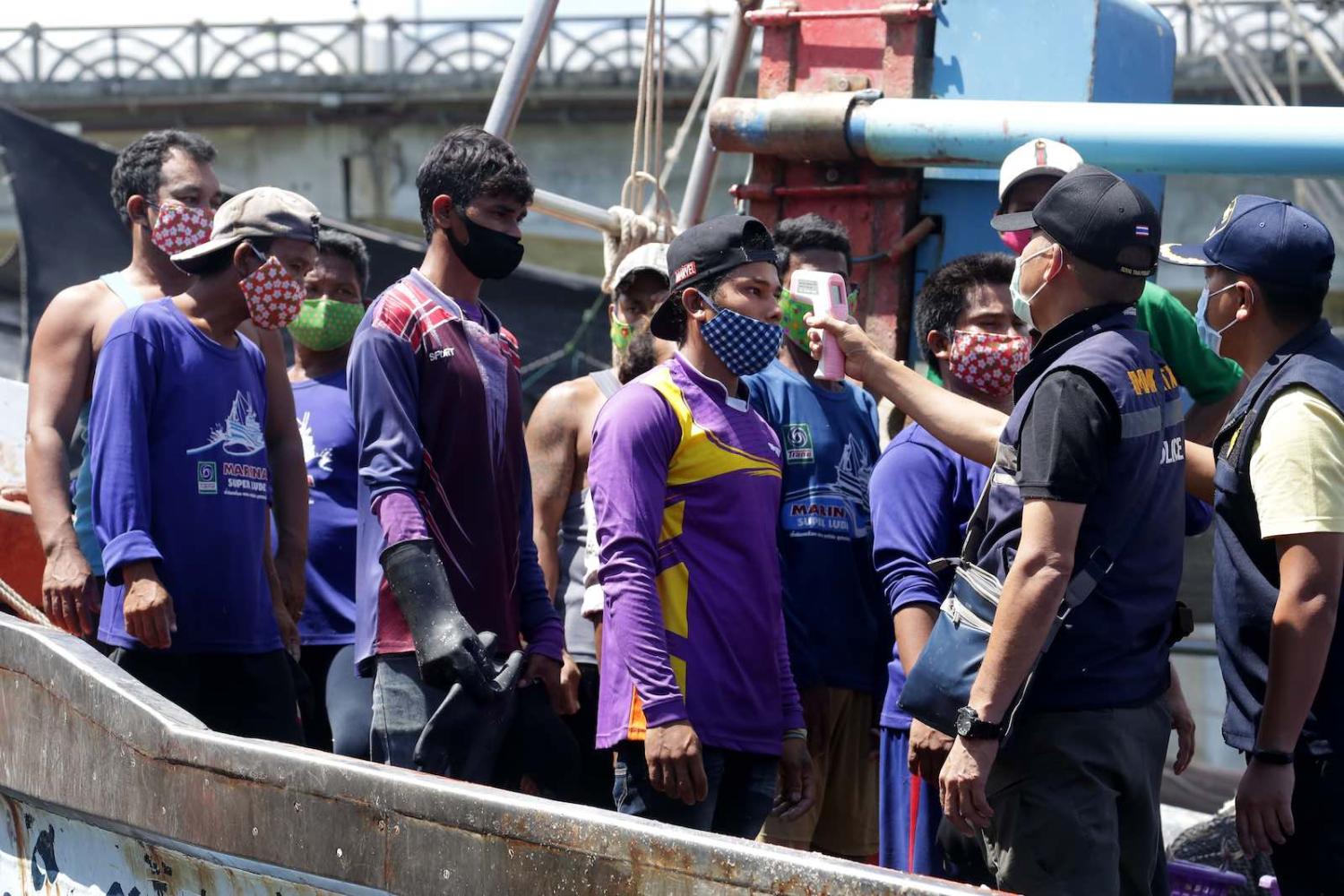 As Thailand shut down its border last month, a wave of migrant workers jostled shoulder-to-shoulder back through the Myawaddy crossing to Myanmar. Some 45,498 Myawaddy migrant workers have reportedly been placed in quarantine – a total of 50,731 people were in isolation as of this week. But the effectiveness of the measures has been questioned. Concern grows that this may be Myanmar’s cruise-ship moment, but it is only one of a growing number.

According to the latest figures, the country had 62 confirmed Covid-19 patients and four deaths, the results compiled from more than 2100 tests. Recent cases suggest that some undetected community spread may also be occurring. The donation last week of a testing machine increases Myanmar’s testing capacity from 80 per day to 1400 – reliant still on obtaining enough reagents to conduct the tests. Doubt remains around these case counts and the real number of current cases won’t be known for at least two weeks.

The Ministry of Health and Sport’s capacity for a pandemic has significantly improved in recent years. Myanmar was ranked seven (out of 11) Southeast Asian states in a recent pandemic preparedness index. In 2017, Naypyidaw invited the World Health Organization to conduct a joint external evaluation, a voluntary multi-sectoral process assessing public health emergency preparedness. Much of the capacity built since is around readiness to tackle seasonal vector borne disease outbreaks, tuberculosis, and HIV/AIDS. This knowledge and architecture for communicable disease response will be useful during the current response.

There is already a high prevalence in the country of cardiovascular disease, chronic respiratory disease, and diabetes. Preliminary research suggests these are associated with more severe forms of Covid-19.

Despite these improvements, Myanmar has the odds stacked against it in this pandemic.

The presence of several risk factors for severe disease or death from Covid-19 are not encouraging. There is already a high prevalence of cardiovascular disease, chronic respiratory disease, and diabetes. Preliminary research suggests these are associated with more severe forms of Covid-19. The high rate of current smokers in the country – 43.8% among men aged 25-64 years old – is also cause for concern with similar associations with more severe forms of the disease indicated.

High rates of poverty and vulnerability are also concerning. Inequality is rife, not the least for the hundreds of thousands of precariously placed internally displaced persons and the 58% of the population living below or near the poverty line. Even before health system weakness or other factors are considered, these alone could make the case fatality rate higher in Myanmar. (One saving grace may be that Myanmar’s average age is 28 – older age is a strong risk factor for severe disease.)

Other worries abound. The health system remains weak and ill-prepared for this crisis. Bed capacity is limited. There are an estimated 600 critical care beds and 330 ICU beds (1.1/100,000 population) – the real operational number may be less. Other indicators may weaken an efficient response. Out of pocket expenditure on healthcare remains high at 76% of payments made at point of care, the highest in the region. This high cost of health care may mean people don’t seek healthcare and remain infectious in the community for longer, or wait too late to seek care and have more severe disease. These are but a few examples, but weakness in the health system will be exacerbated during the crisis.

The timing of the disease could also multiply its impact. The disease outbreak came just ahead of the Thingyan New Year celebration which runs through much of April. This is a period of increased mobility when people travel back to family and friends gather. Attempts have been made to curb such movements. Whether they are effective won’t be known until the end of the month. Following these celebrations, is monsoon season, when flooding and disasters are common, and vector borne disease, such as dengue increase.

Complicating Naypyidaw’s response is that health governance is fractured in contested areas, with several ethnic armed organisations (EAOs) running their own health services. These are supported by external actors, such as in Wa state, by Chinese state and non-state actors. They differ greatly in their capacity but are often poorly equipped. The immediate impacts aside, this crisis may see them become further decentralised through the support of external aid – the geopolitical impacts of which would be significant. For example, Chinese state actors may broaden their support in disenfranchised border communities in Myanmar in an attempt to build a second line of health security defence, this would rile Naypyidaw and have significant implications on ongoing conflict.

The reality is that areas controlled by EAOs will struggle to respond to the disease. Many of these communities and other vulnerable areas across the country could be hardest hit – particularly where healthcare is provided by humanitarian actors now running reduced programs. That will worry Naypyidaw and could draw muscular rather than cooperative response.

Acknowledging the ongoing debate in the country, there is a chance that Myanmar may avoid the experience of Wuhan, Italy, or the United States. Thus far, reported case numbers remain comparatively low across Southeast Asia. This may be for one or several reasons including poor testing regimes or lower Covid-19 transmissibility in tropical climates.

Indeed, the response needs to fit the context. An extended European-style lockdown could be more damaging for the country than a more tailored response. In the short-term, however, particularly given the movement normally seen during this month’s New Year celebrations, measures that apply an abundance of caution are warranted and may mean a much shorter period of lockdown.

Even if that most fortunate of cases is true, it may only be short-lived. The country needs to continue to hope for the best and prepare for the worst. Myanmar is a crucial battleground to get ahead of Covid-19. Nestled between India, China and Bangladesh, or half the world’s population, and with porous borders, its ability to control an outbreak could have wider regional ramifications. Its success will be the regions.

Previous Article
What price privacy? Contact tracing apps to combat Covid
Next Article
How much is too much? Covid loans for the Pacific

"Intelligent disagreement is the lifeblood of any thriving society."
Michael Leach 23 Apr 2021 10:00

Limited knowledge and paucity of interest is a concern, not just for local accountability but also for other countries.