A survey finds surprising results when Australians are asked to consider Chinese aid in the Pacific. 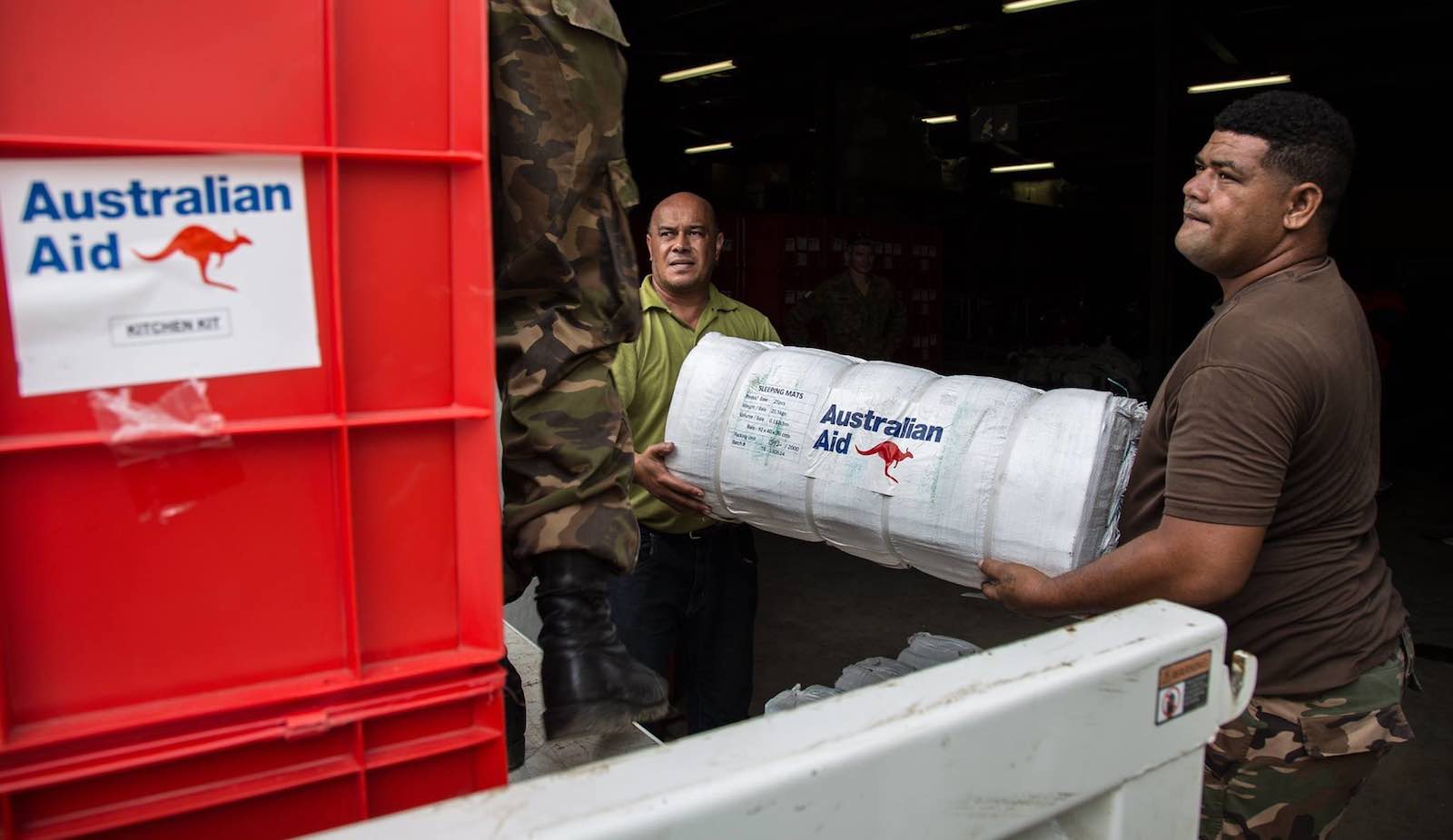 China is changing the way Australia’s political elites think about aid. Chinese aid to the Pacific isn’t new, but in recent years, “China the aid donor” has become an unavoidable presence. In response, the Australian government is increasing the Pacific focus of its aid programs. It has also established a lending facility to fund infrastructure work.

A recent research collaboration between the Australian National University and the Pacific Islands program at the Lowy Institute sought to answer these questions through a public-opinion survey.

As Australian media reporting and commentary about China tends to vary widely – from sober analysis to alarmist hyperbole – the survey also looked at whether intentional bias that made Chinese aid seem as threatening as possible was more effective in changing views about aid than measured analysis.

The survey was run on a broadly representative sample of just over 2,000 Australians, in which participants were randomly assigned to one of three groups:

Participants were then asked their opinion on three points:

The articles and questions can be read here.

The logic of the survey followed that of randomised control trials used in medicine. As the sample was large and people were allocated randomly to different groups (control, sober analysis, and alarmism), the people in each group were statistically comparable. With effectively identical groups, overall differences in responses between groups will almost certainly have been caused by the information the articles provided on Chinese aid.

Analysis showed both articles caused a substantial drop in the percentage of respondents who thought Australia gives too much aid. This change can be seen in the first figure below. (For readers with an interest in statistics, the changes caused by both articles were also statistically significant. All of the following charts include 95% confidence intervals.)

Percentage who thought Australia gives too much aid

The impact of the China articles was not symmetrical. Although the articles reduced the percentage who thought Australia gave too much aid, as the next chart shows, the impact on the belief Australia gave too little aid was much less – only a few percentage points, and neither of the articles produced differences that were statistically significantly different from the control. In other words, informing people about China’s role in the Pacific reduced by 8-10% the numbers that think Australia gives too much aid, but barely changed at all those who think Australia gives too little aid. Australians’ willingness to give more aid is surprisingly sticky.

Even though participants were reluctant to say the Australian aid budget is too small, both articles changed views about aid to the Pacific, as can be seen in the next chart. When told about Chinese aid in the Pacific, more respondents thought Australia should focus a larger share of aid on the Pacific. The effect of the alarmist article was clearly statistically significant. The effect of the sober article was not as clearly significant, but was close.

Informing Australians about China’s presence as an aid donor in the Pacific makes them less likely to want Australian aid cut, and more inclined to favour an increased aid focus on the Pacific. That makes sense.

The next finding, however, was unexpected. The research team thought telling Australians about Chinese aid in the Pacific would make people more likely to want Australian aid focused on advancing Australia’s interests. The opposite was the case. Asked whether Australian aid should be spent “primarily for the purpose of helping people in poor countries” or “primarily to help advance Australian interests”, both the sober and alarmist articles increased the share who wanted aid focused foremost on helping people in developing countries. They also decreased the share of participants who wanted Australian aid focused on advancing Australia’s interests. (Both articles had statistically significant effects.)

Surely, one could assume that if Australians were concerned about China exerting influence through its aid to the Pacific, they would want Australia to become more hardnosed in its own giving, and more focused on taking care of itself. That’s not what the survey shows.

The most likely explanation for this finding is that the average Australian sees the real threat from Chinese aid being to the people of the Pacific, rather than to Australia. If that is how the average Australian is thinking, they’re being quite reasonable. Aid makes a big difference to the small island states of the Pacific, and if Chinese aid is poorly conceived, it could cause harm. On the other hand, there’s no evidence that aid will buy China real geostrategic influence in a region where political elites are well-practiced at adroitly ignoring donors’ demands. It also isn’t clear how much a threat marginally greater Chinese influence in a sprawling and diffuse oceanic region would actually pose a greater threat to Australia.

The final surprise in the findings was that although the alarmist article had a larger effect than the sober analysis in almost every regard, the difference between the two was never statistically significant. (In other words, the alarmist article may have been more effective, but there isn’t enough evidence to be confident of this.)

Perhaps this was simply because the alarmism wasn’t alarming enough, in comparison. On the other hand, it may have been because the average Australian doesn’t always need to be frightened into changing their views. Sometimes the facts are enough.