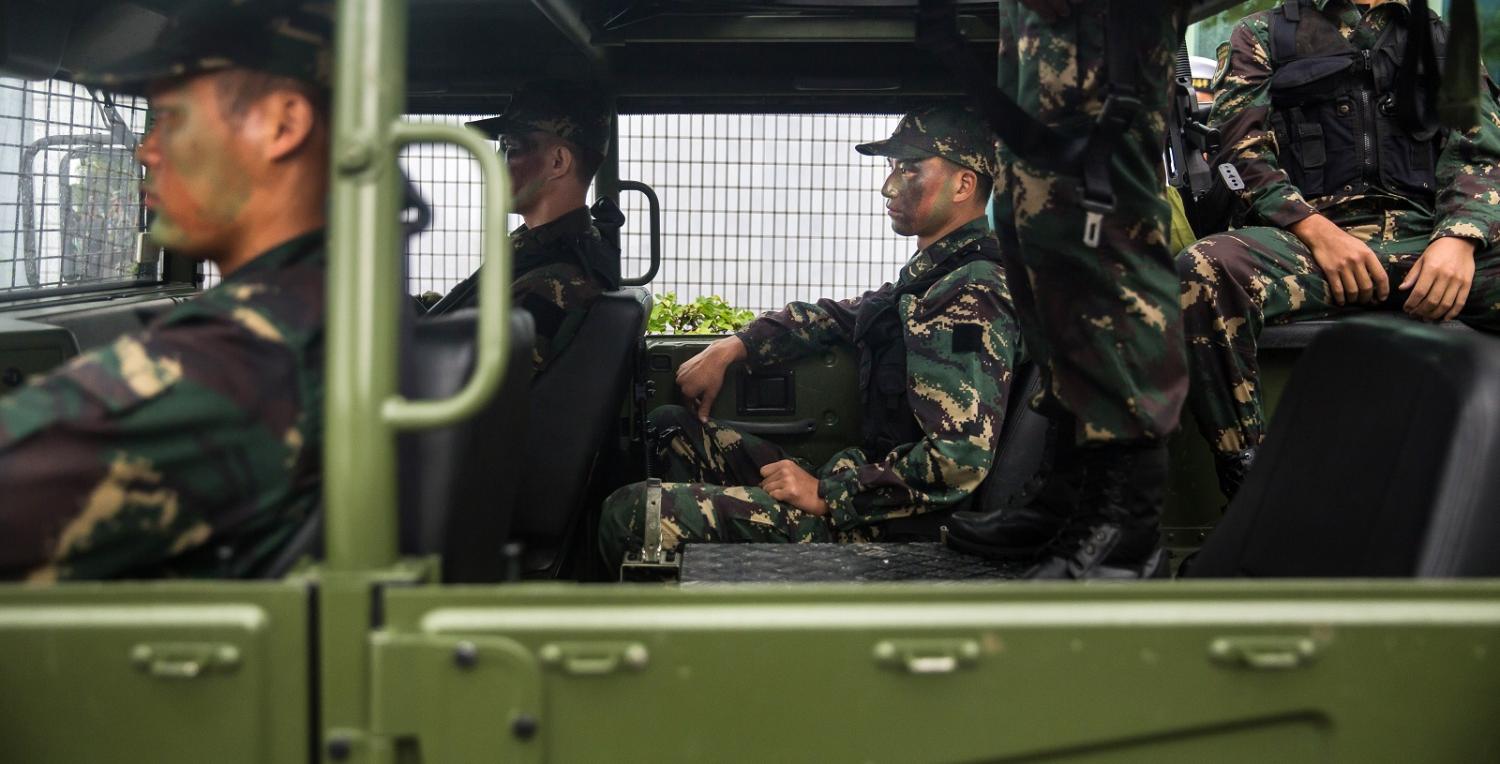 As the India-China standoff at the Doklam tri-junction area enters its second month, it is clear this is the most serious crisis between the two countries in 30 years. There are several ways in which it might develop. Unilateral concessions and Chinese escalation are unlikely, with the local military balance precluding any quick and decisive action by the People's Liberation Army (PLA). A longer-term standoff, perhaps even stretching through the winter, is more likely – but also unsatisfactory to Beijing, and therefore unstable. A diplomatic off-ramp is currently hard to see, but may become easier in the autumn. These options are explored in turn, below.

The first scenario is that one side or the other will make a unilateral concession, either China abandoning its road construction in disputed territory or India withdrawing troops to allow China to proceed unimpeded. This scenario, though comforting, is exceptionally unlikely.

Both sides have made it absolutely clear that they see important interests at stake (sovereignty for China, national security and alliance credibility for India) and have dug in their heels. China has backed up this position with military exercises, unusually aggressive threats, and an effort to lobby P5 countries. While playing down the seriousness of the episode and emphasising diplomacy, India is showing no signs of wobbling. New Delhi has taken opposition parties into confidence, moved troops from the 20th and 27th mountain divisions towards Doklam, proposed a doubling of border guard deployments, and indicated that its forces will block Chinese construction for as long as necessary.

The second scenario is the Chinese use of force to expel India's 300-400 troops, resume road construction, and, as John Garver has put it, 'teach India a lesson before China's advantage is eroded'. Whether through snap exercises, warnings that its patience is running out, or lurid threats from former Chinese diplomats, Beijing certainly wants New Delhi to think that this is a serious possibility. Some Indian experts agree, warning that Chinese signals echo those seen before past wars.

How should we judge this possibility? I am sceptical that China can, or intends to, use force to expel Indian forces directly. The geography of Doklam, the proximity of several Indian mountain divisions, and broad improvements in India's military position in the northeast in recent years mean that any Chinese attack would not be guaranteed to succeed, forcing Beijing into a choice between humiliating defeat and major escalation. India's own assessment is that there have been no unusual military movements in Tibet for two months, and at least one Indian general has noted that 'there is no military mobilisation by China'. India would detect any large-scale troop movement across the Tsangpo, so it would be difficult for the PLA to achieve both surprise and mass.

But even if it could do so, it is no exaggeration to say that a wider war (which could involve airpower, ballistic and cruise missiles, and cyber-attacks) would be devastating for China's strategic objectives in Asia and the world. It would explode the idea of peaceful rise, compound growing mistrust in Chinese intentions, and accelerate the process of India's convergence with the United States and Japan. Though Tibet is a 'core interest', China's position there is not materially affected by a few kilometres of road.

With that said, we should be alive to the possibility of China escalating elsewhere, either to seize territory as a bargaining chip to swap for Indian concessions in Doklam, or merely to punish India in order to weaken its resolve in Doklam. Despite the public insouciance, Indian officials are seriously concerned by this prospect, with eastern Ladakh, in the western sector of the India-China border, seen as especially vulnerable.

The third scenario (and perhaps the most probable) is a protracted standoff, akin to the Sumdorong Chu crisis. That crisis began in June 1986, escalated with massive deployments (200,000 on each side, by some accounts) and de-escalated only over the next summer. Former National Security Advisor Shiv Shankar Menon has gone as far as to suggest that the issue took eight to ten years to resolve. Doklam is presently far less militarised, but it is possible to imagine incremental changes to readiness and deployment that might, eventually, even have implications for the landmark 1993 border agreement and its principle of 'mutual and equal security'.

Whether or not force levels rise, defence journalist Ajai Shukla has suggested that Indian officials would view a prolonged standoff (the continuation of the status quo) as a de facto victory for India. Chinese warnings of 'losing patience' would be exposed as hollow, while the PLA would not each the crucial Jam Pheri ridge. However, and indeed precisely for this reason, such a long crisis would be unacceptable to Beijing, and therefore unstable in various ways. In effect, China would look for ways to pressure India – locally at Doklam, elsewhere on the border, and more widely in South Asia.

Looking first at Doklam, MIT political scientist Taylor Fravel has suggested that China could look to build permanent structures to the rear of the 'front', though still on territory disputed between Bhutan and China: 'India would then be faced with accepting a larger, more permanent Chinese presence or escalating further to stop it.' If the crisis stretched into the winter months, questions of re-supply might also push China down this road.

Zooming out, Beijing might also seek to put pressure on India by aggressive patrolling, incursions, and construction elsewhere along the Line of Actual Control. Previous crises have occurred in Depsang and Chumar in Ladakh, on the countries' western border, as well as lesser friction in Arunachal Pradesh, far to the east. This is exactly what Indian officials feared during the Sumdorong Chu crisis in 1987, and China would have every reason to probe in sectors where the local military balance was more uncertain. At a certain point, the boundary between such probing and scenario two, outright armed attack, would be blurred. China is adroit at exploiting such ambiguity.

In this specific case, China has another, potentially attractive, option: probing other disputed stretches of the China-Bhutan border, forcing India to choose between a larger intervention, with longer supply lines, or abandoning Thimpu. This would risk an even wider crisis, because India would probably opt for the former.

In addition to this localised pressure, China could also intensify support for Pakistan, potentially by supporting more projects in Indian-claimed Gilgit-Baltistan, conducting more naval activity in the Indian Ocean, redoubling its outreach in Nepal, Bangladesh, and Sri Lanka, and further hardening its already rigid position on a range of diplomatic issues from the designation of Pakistani terrorists to Indian membership of the Nuclear Suppliers Group. India could and would respond to these steps, but it would have to stretch its forces more thinly, accept the re-deployment of dual-tasked units away from Pakistan-facing positions, and consider the financial implications of such a posture. Meanwhile, remarkably, India still lacks a full-time defence minister.

The fourth scenario, and the most hopeful, is a diplomatic settlement. The basic contours of a settlement are easy to imagine. India would agree to withdraw its forces from Doklam, in exchange for China ceasing the extension of its road. This would satisfy one key Indian aim, of ensuring that the PLA cannot reach the crucial Jam Pheri ridge. However, the details are harder to pin down. China's road through Doklam has existed for at least 12 years and perhaps far longer, so Beijing won't withdraw from the area altogether and could even, as discussed above, reinforce its presence. How would India view, say, a mutual withdrawal, followed by a Chinese build-up south of Batang La in disputed territory? And would a straight swap, withdrawal for construction halt, be enough for China? Some Indian analysts have suggested that New Delhi might need to offer wider concessions, such as a softer Indian line on the Belt and Road Initiative, to secure agreement. I am sceptical of this, though it depends on how confident India feels in the status quo, and how worried it is about Bhutan breaking ranks.

It's unclear whether the circumstances are ripe for diplomacy, which would involve flexibility on all sides. India's foreign secretary has told legislators that the two foreign ministries are 'engaged in negotiations', contrary to Beijing's public stance. India's National Security Advisor Ajit Doval, who has also served as special envoy on India-China border talks since November 2014, is due to visit Beijing during 27-28 July for a meeting of NSAs from the BRICS countries. China's own domestic political circumstances may also complicate matters, with the 19th National Congress of the Community Party, where Xi Jinping hopes to consolidate his already formidable grip on power, just a few months away. It may be harder to make concessions until after that gathering, while it may even suit Beijing to keep the crisis simmering through this period.

In all likelihood, the Doklam crisis will not lead to war. China has a long record of using public threats to coerce adversaries, but the consequences of a war with China would be far out of proportion with the issue at stake. However, a quick solution (either unilateral or mutually agreed) is also unlikely. As the crisis stretches on, China is likely to seek ways to pressure India, both on the border and elsewhere, and this will compound the cycle of competition that is already well underway.

Sold as a celebration of European unity in diversity, the euro is today experienced as an instrument of brutal homogenisation.
Roland Rajah, Alyssa Leng 18 Dec 2019 14:30

Chart of the week: Global trade through a US-China lens

Two thirds of the world trade more goods with China than with the US.