The spectacle featuring Duterte and his daughter in the next Philippines presidential election comes as no surprise. 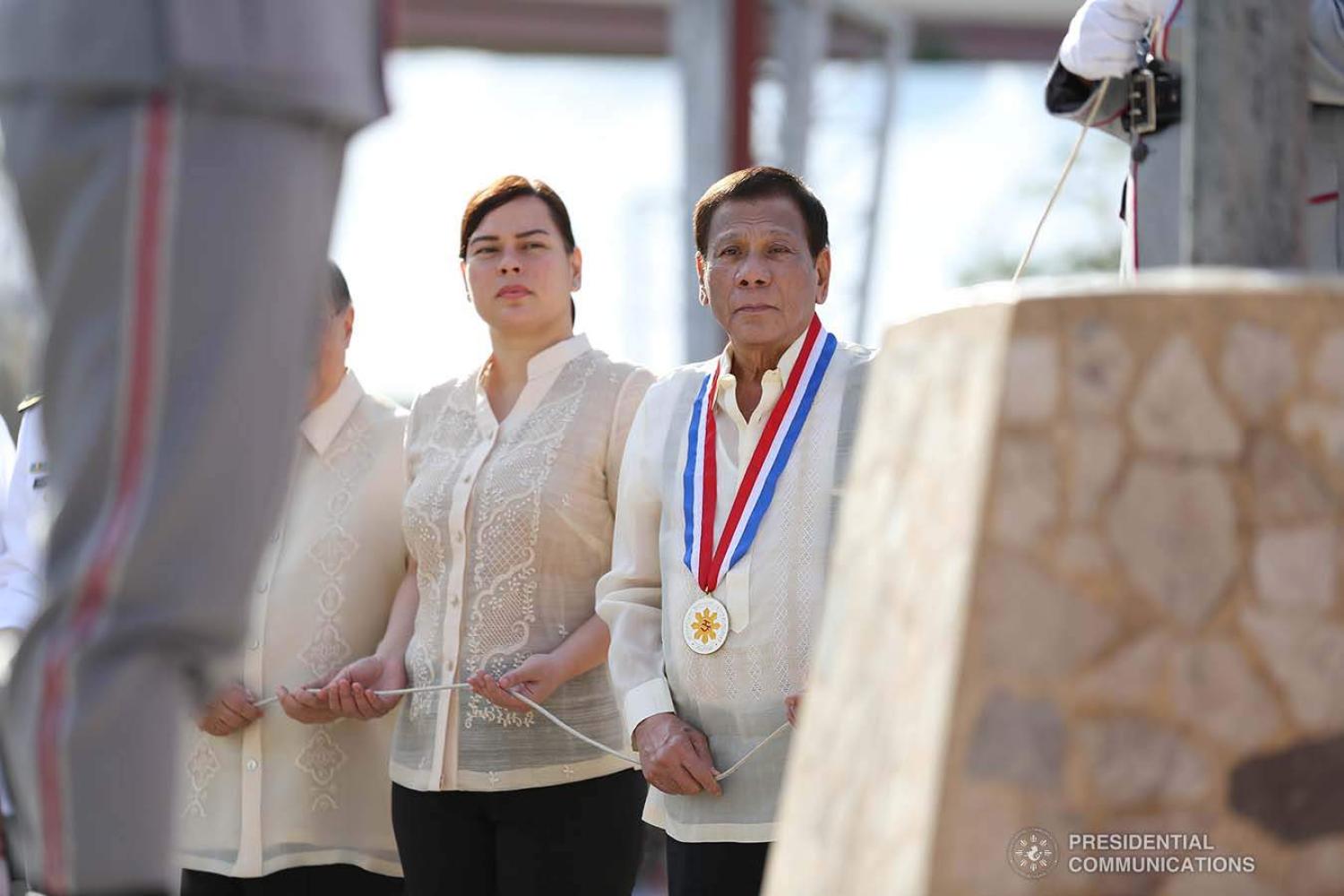 On 25 August, Rodrigo Duterte announced his intention to seek the second-highest post in the Philippines government in next year’s elections. “I will run for vice president,” he said. “I will continue this crusade [against] insurgency, then criminality [and] drugs.” But by 2 October he had changed his plan, declaring: "In obedience to the will of the people…Today, I announce my retirement from politics.”

Duterte’s surprising about-turn reveals his vulnerable future as he wraps up his term as president. Critics regarded his vice-presidential bid as a blatant attempt to insulate himself from possible prosecution by the International Criminal Court for crimes against humanity during his war on drugs. Sixty per cent of Filipinos believed that his plan to run as vice president violated the intention of the country’s Constitution and was a scheme to perpetuate his power. His decision to retire, therefore, is a welcome relief not only for the political opposition, but also for the majority of Filipino voters. However, analysts believe he will still be able to mobilise his political machinery to increase the chances of election victory for his anointed successors to save him from his “political sins”.

Duterte’s retirement also clears the way for a presidential run by his daughter Sara Duterte-Carpio.

Duterte’s decision to cancel his vice-presidential run is a strategic move, allowing him to act as political kingmaker instead. In fact, his retirement announcement coincided with the filing of his most trusted advisor Senator Bong Go’s candidacy for vice president. Duterte’s retirement also clears the way for a presidential run by his daughter Sara Duterte-Carpio, who previously declared: “I am not running for a national position as we both agreed only one of us will run for a national position in 2022." After backing out of the political race himself, Duterte confirmed that the “Sara-Bong tandem” would vie for the top government posts, revealing his continued political sway via his heir apparent and loyal aide.

While Go’s vice-presidential bid is clear-cut, Duterte-Carpio’s presidential run remains uncertain. Despite her father’s confirmation, she filed her candidacy on 2 October for re-election as mayor of Davao City. This, however, did not douse speculation that she intends to seek a national post. A precedent had already been set in 2010 when Duterte-Carpio took over her father’s role as mayor of Davao City while he became her vice mayor. Her regional party has also established several alliances with major political parties for the upcoming elections. Her face appears on political banners spread across the country with the words, “Run, Sara, Run”. And most importantly, Duterte-Carpio continues to lead in national surveys as the preferred candidate for president. These developments mirror her father’s previous tactics of public denial of presidential ambition only to make a last-minute decision to run in the 2016 elections.

Speculations abound that Duterte-Carpio will seize this political momentum and take advantage of her father’s popularity before it dwindles as he concludes his term.

Duterte’s announcement to retire from politics on the same day his daughter files her candidacy for mayor seems convenient, at best. In the Philippines, candidates have until 8 October to register, but withdrawals or substitutions are allowed until 15 November. This provides candidates an opportunity to change their minds and, in the case of the Dutertes, an occasion to sow public confusion and spring a political surprise. But as with other politicians, when the Dutertes finally make their move, it will appear as though they are giving in to “public clamour”.

Whatever their political plans, it is certain that there is a lot at stake for the father and daughter in the upcoming election. Duterte’s goal is to hold on to power to escape accountability for his political “sins”, even if he has declared his retirement. That power is expected to be transferred to and borrowed from Duterte-Carpio. Her consistent lead in election surveys is tempting enough to convince her to run, especially when her father’s liberty and legacy are at risk. Speculations abound that she will seize this political momentum and take advantage of her father’s popularity before it dwindles as he concludes his term.

As the election heats up, Filipino voters are again expecting the unexpected from the notoriously unpredictable Duterte, but this time with his daughter predicted to be following in his footsteps. Indeed, anything can happen in politics, especially in the Philippines where the populist spell of the Dutertes lingers on.

Previous Article
China and the future of the Antarctic mining ban
Next Article
Germany and Europe: “Ampel” time for reform

If the Conservatives are returned with a large majority, EU negotiators will know there is a limit to how far they can push Britain.
Malcolm Cook 28 Aug 2019 06:00

The Philippine standoff over China

Skripal: the West escalates, but where is the proof?

Governments should not rely on assertion and bombast, which is what has happened in the Skripal case.