Frank Bainimarama is in a far different position to when he controversially seized power in a military coup in 2006. 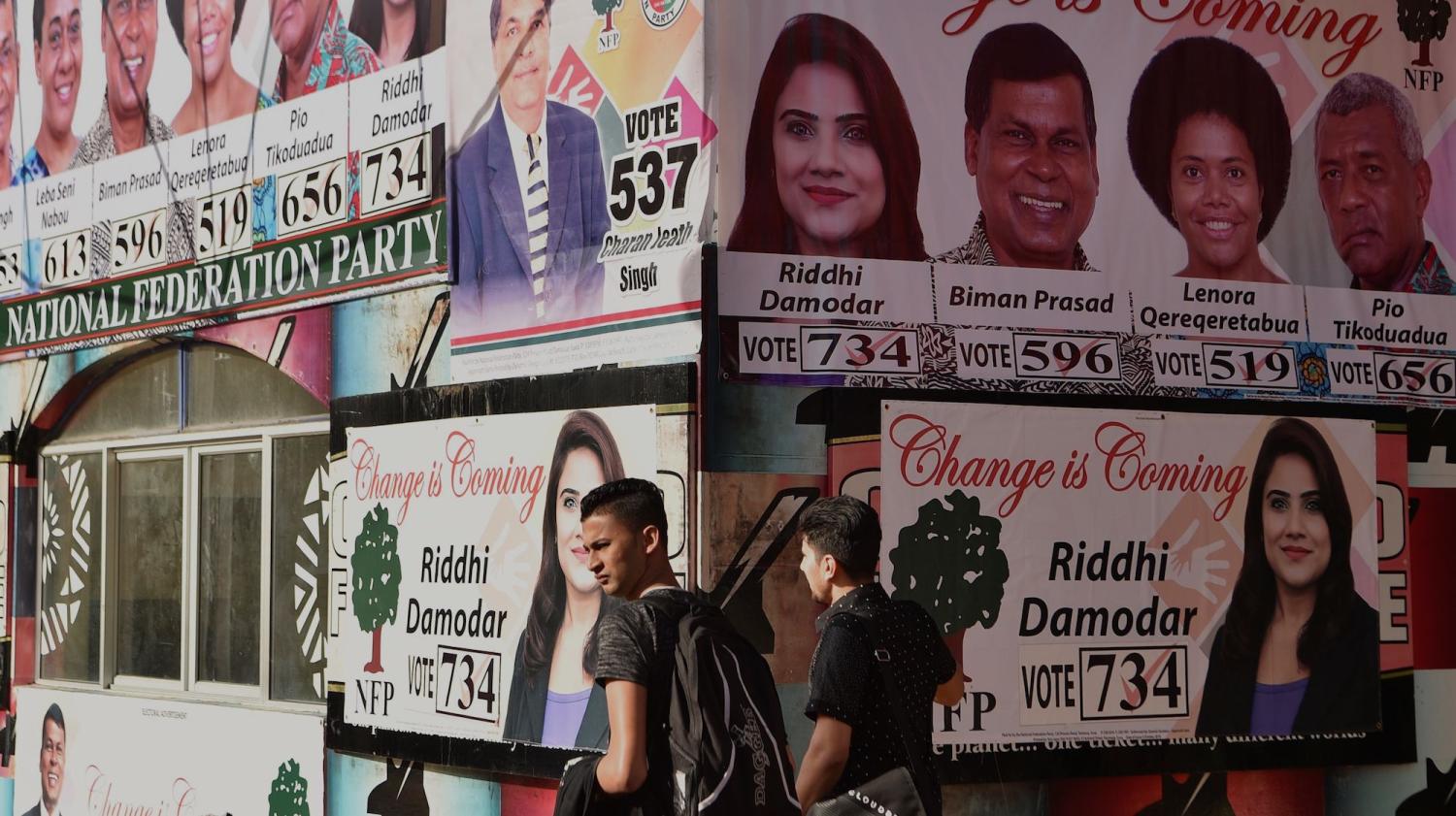 It is a busy month for the Pacific islands region. Ten days ago observers watched as an independence vote in New Caledonia came much closer than polling predicted. Prime Minister Scott Morrison delivered a surprise with one of the most significant Australian policy “step ups” in the Pacific in recent history. And this week regional and world leaders are descending on Port Moresby for the APEC leaders’ summit.

Just as substantial as all of these events, but equally likely to slide under the radar, are Wednesday’s national elections in Fiji. These elections are significant, not only for determining who will govern the Pacific’s second-largest and most developed country for the next five years, but in demonstrating where Fiji sits on its slow path back towards full and open democracy.

One reason for the return to elections is that Bainimarama is confident of winning them.

The Bainimarama government is in a far different position than when it controversially seized power in a military coup in 2006 and has surpassed the expectations of many of its critics. At first, ostracised from the Pacific community – including Australia and New Zealand – on the assumption that external pressure would force Bainimarama out and the country back to democracy, the Fiji First party has instead reigned with 12 years of political stability. Over this period Bainimarama has slowly led his country back towards democracy, comfortably winning the “free and fair” elections in 2014.

One reason for the return to elections is that Bainimarama is confident of winning them, and he has quite a lot to be confident of. The Fiji economy is ticking along reasonably well, growing at an average of 3.6% over the past five years, buffeted only by natural disasters. While the Bainimarama government has maintained deficits throughout its administration, it has been focused on capital expenditure (roads, schools) and health and education. Services and the standard of living are improving, albeit not at the pace the opposition is pushing for. Debt, while relatively high at more than 60% of GDP, remains largely onshore and more serviceable than it was a decade ago.

Bainimarama’s stable partnership with Attorney-General Aiyaz Sayed-Khaiyum is a competent one, and helps to keep a lid on ethnic tension. The government has also had significant wins internationally, becoming a champion on climate change in hosting the COP 23 negotiations, and slowly normalising relations across the board.

Overall, Bainimarama, while controversial, is confident in his popularity.

Despite this confidence, questions remain about how much the Bainimarama government is still stacking the hand in its favour. This criticism is focused on two critical areas: media freedoms and the treatment of opposition parties.

It is no secret that there are limited press freedoms in Fiji (as documented by the ABC last year). The 2010 Media Industry Development Decree has been met with severe criticism for its punitive restrictions, particularly with regards to media interactions with government. The media are also under pressure in other ways, such as the case of puffed up sedition charges against the editor, publisher, and manager of the Fiji Times earlier this year, which ended in a triumph for the paper when the case was eventually thrown out by the courts.

While Reporters Without Borders ranks Fiji 57 for press freedom out of 180 nations in the world, and Bainimarama insists that they do not censor and that criticism is allowed (though not particularly welcome), there is unquestionably a degree of self-censorship present among domestic media outlets.

Opposition members have also been vocal in their criticism of the Bainimarama government for perceived (or real) restrictions placed upon them, enabled through sheer force of parliamentary numbers. More than three opposition MPs have been suspended from parliament for more than two years – the most ridiculous of these suspensions the result of an MP calling a minister a fool. (Australia wouldn’t have anyone left in parliament under such strict conditions.)

The opposition is a fractured mob of five parties, led by another former coup leader whose eligibility to run in the election was only verified on Monday. While its claims of heavy-handedness are self-serving, these examples show there is some truth to them.

Despite these concerns, polling on the day looks set to be run freely and fairly, without much of the controversy often seen in other elections in Pacific states. Whatever the outcome, the hope is that political stability survives so the economy can continue to drive better living standards and Fiji can continue to slowly plod towards complete democracy.

It was clear Senate Republicans would ensure acquittal, but the process put Trump’s corruption on full display.
Peter Dean 17 May 2022 15:00

What went wrong? How Morrison lost control of the khaki election

Despite Australia’s history of support for human rights, a formal review offers a serious reality check.