A few “female bodies” in meeting rooms is not the end goal for advancement and empowerment of women at the UN. 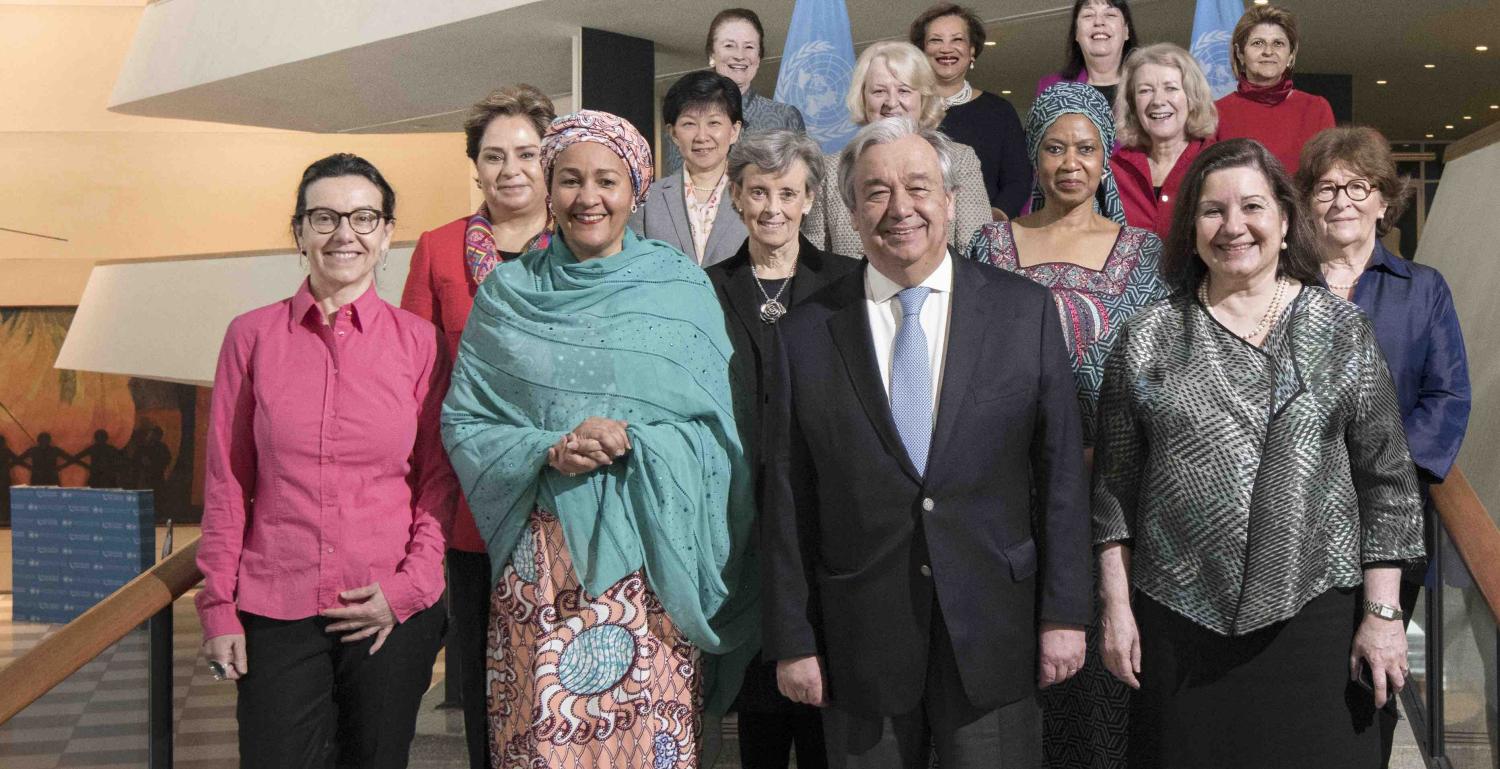 Early in 2018, United Nations Secretary-General António Guterres delivered on the commitment he made upon taking office to implement a “system-wide strategy on gender parity”. Nahla Valji, UN Senior Gender Advisor, tweeted triumphantly that, “for the first time in history, there is full gender parity in the top leadership of the United Nations”.

Gender parity is definitely something to be celebrated, especially within the UN system which does not, to put it charitably, have a stellar reputation for advancing women to senior leadership positions. In 2015, only 2 of 24 appointments made at the Under-Secretary-General (USG) level, or a measly 8%, were women. During the 2016 election campaign that eventually saw Guterres appointed as Secretary-General, the leading female candidate, Argentine Foreign Minister Susana Malcorra, commented that there was still “bias” against women at the UN.

It is important to remember that effecting cultural and political change within an organisation is not only a matter of adding women and stirring. There are pervasive gender biases within institutions such as the UN which can work against women in both subtle and overt ways: for example, the assumption that a woman with a young family cannot undertake field missions; or the appraisal of an assertive woman as “bossy”, while an assertive man is simply “self-assured”.

Differences between women can also complicate the question of representation. Neither can it be assumed that one woman can represent all women, nor that a number of women will agree on political issues such as reproductive rights, responsibilities of the family, or even who should be counted in the category of “woman”.

One issue that emerged during the She4SG campaign was the distinction between electing a woman and electing a feminist; those of us watching the campaign dynamics grappled with the question of whether it was progress enough to see a woman elected, or whether the woman in question needed to publicly support feminist principles.

This question also arises in the context of peace negotiations and conflict resolution. Given the emphasis in the UN’s Women, Peace and Security agenda on women as both makers and beneficiaries of peace, the visible trend towards the inclusion of women in peacemaking and peacebuilding is clearly welcome. Yet, as the 2015 Global Study on the Implementation of UNSCR 1325 observed:

The present programmes put forward by the international community tend to be extremely narrow: just to bring a female body to the table with some technical expertise.

There is little critical interrogation of whether that “female body” represents the interests and needs of a diverse community of women.

It could be that the inclusion of more women in more peace talks should be celebrated without reservation. It might be considered churlish, even ungrateful, to ask questions about which women are involved or appointed, and whose interests and needs they represent. It could be that these questions should rightly come later.

But when I reflect on these issues, I am reminded of Cynthia Enloe’s brilliant insight that “‘Later’ is a patriarchal time zone”. Gender parity among senior UN officials is a good thing, of course, but the time to ask questions about who those women are, and the substance of their political backgrounds and agendas, is not later, but now.

‘We still have a long way to go’ is the catchphrase used by patriarchy to gain time, justify its opposition to change and lull feminist analysers into believing that real progresses are made.

It amuses me that this is the exact phrase used in this year’s UN report on achieving gender parity. The function of this statement is to appease and to discipline: “Be patient”, is the message, which too often means, “Be quiet”.

It may seem unreasonable, idealistic, or even radical to demand not only incremental gains and little wins but also transformational change. But the theme of International Women’s Day this year is #PressForProgress and so I, and many others, will continue to push for the kind of change that will not simply allow a few “female bodies” into meeting rooms at UN HQ, but actually represent opportunities for the advancement and empowerment of all women.

Despite the progress made, the UN, its entities, and member states, have promises to keep – and we do, indeed, have miles to go before we sleep.

Previous Article
International Women’s Day on The Interpreter
Next Article
Aid, poverty, and gender inequality in the Indo-Pacific

Making a judgement in the present about events in the past is fraught with difficulties.
Ben Scott 21 Aug 2020 09:00

It’s all about Iran, right? Actually, the agreement has more to do with managing the US and China.
Darren Lim, Victor Ferguson 13 May 2020 06:00