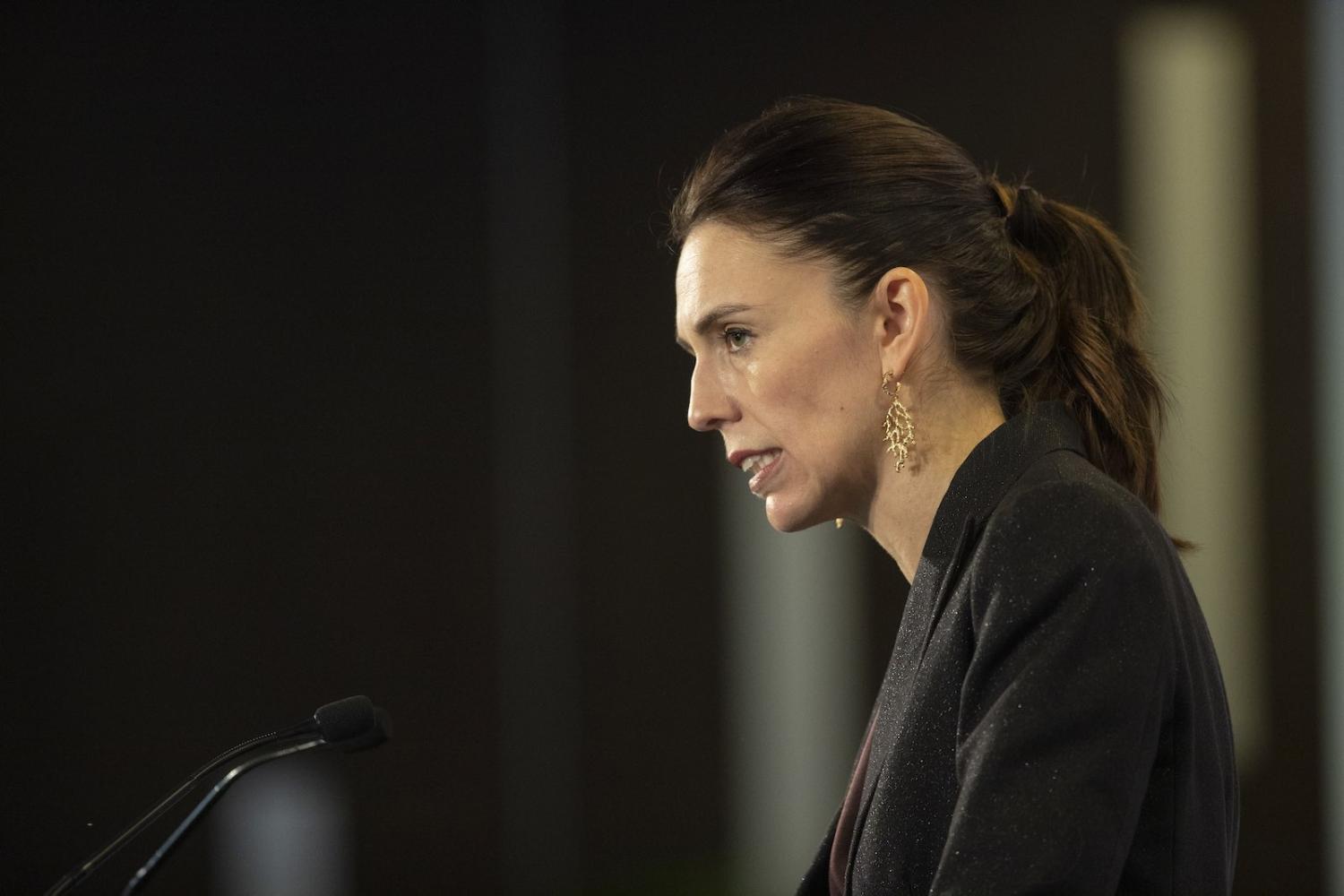 Scott Morrison’s odd choice of words about Taiwan won’t shift the consensus that his government remains wedded to unaccommodating positions on China. Only days after the Prime Minister was defending his surprise formula on cross-Strait relations, Canberra China’s debate was back in more familiar territory. Taking aim at the Morrison government’s incendiary remarks on the possibility of war, the opposition’s foreign affairs spokesperson Penny Wong found a way to distance Labor from the Coalition without sounding like a supplicant to Beijing.

But if across the Tasman Jacinda Ardern had employed Morrison’s “one country, two systems” language to explain New Zealand’s position on Taiwan, all hell would have broken loose. In a replay of the recent “Five Eyes” melodrama, overnight radio shows in Australia and sundry backbenchers in the UK would have berated Wellington for letting its allies down. It would be time to ditch those Kiwi appeasers.

In these contrasting narratives, New Zealand is the perennially weak actor on China. Which brings us to the predictable reaction to New Zealand’s Foreign Minister Nanaia Mahuta’s “let me be clear” moment on Five Eyes human rights statements on Hong Kong. Further reinforcement appeared to come when Mahuta defended her position a few days later in a television interview, doubling down on something she had not originally said. In the revised version, while Five Eyes was not Wellington’s favourite option, it had been reinstated as one of a range of possible platforms for New Zealand to express its concerns.

This alteration had begun not long after Mahuta’s China speech. The following day Ardern supported her colleague but also made New Zealand’s position on Five Eyes statements more equivocal. By that stage Mahuta had already ramped up her criticisms of Beijing. On Radio New Zealand, she endorsed her interviewer’s depiction of China as “more aggressive, assertive and emboldened” and came closer to chastising Beijing for coercing Australia economically than she had in her address less than 24 hours beforehand. At the very least, Wellington now had multiple messages, some more friendly to China, others less so. For observers, it amounted to take your pick.

Wellington’s position on Beijing is not nearly as far from Canberra’s as some of the loudest voices insist.

The immediate reason for this rapid adjustment wasn’t the reaction coursing across the international media. Australia’s Foreign Minister Marise Payne was about to arrive in New Zealand. Thanks in no small part to Payne’s adept delivery of carefully crafted lines, the visit went well. Local media even took kindly to her observation that “countries will choose to address issues of concerns in whichever forum they themselves determine appropriate and consistent with their respective national interest.” But when that line was previewed in an Australian radio interview on the morning of Payne’s meeting with Mahuta, it  would have been heard differently by New Zealand officials. It was advice from a close friend that governments who hold Five Eyes dearly shouldn’t air their differences at public events hosted by the New Zealand China Council.

Payne’s visit gave Mahuta an opportunity to wax eloquently about the club in question: “We do value the Five Eyes relationship,” Mahuta said. “We receive significant benefits from being a part of that relationship and they are close allies and friends in terms of common values and principles.” And just a few days after Payne had come and gone, Canberra would have been particularly heartened by an address where Ardern made a further observation, that:

As China’s role in the world grows and changes, the differences between our systems – and the interests and values that shape those systems – are becoming harder to reconcile. This is a challenge that we, and many other countries across the Indo-Pacific region, but also in Europe and other regions, are also grappling with.

With this speech to the China Business Summit, (where win-win cooperation is de rigueur) Ardern made it clear that New Zealand was expecting more difficult times ahead in its relations with Beijing. This is now the authorised version of Wellington’s China policy. And so Morrison’s expected visit to New Zealand at the end of next week might seem the perfect opportunity to kill off once and for all those duelling narratives. Wellington’s position on Beijing is not nearly as far from Canberra’s as some of the loudest voices insist.

But the contrasting narratives are firmly entrenched and make great copy. Morrison will come ready for questions designed to highlight trans-Tasman differences. You can imagine journalists are having fun workshopping potential questions with the range of choices which will be at their disposal. Will it be “Prime Minister Morrison, you’ve said on Five Eyes issues that democracies need to stick together. Hasn’t New Zealand’s position on China made that impossible?” Or perhaps, “Mr Morrison, your government’s policy on deportation has been described by Prime Minister Ardern as ‘corrosive’ for the trans-Tasman relationship. What is your message to New Zealanders who are worried about the injustice of Australia’s approach?” Another possibility is, “Prime Minister, Jacinda Ardern sees climate change as her generation’s nuclear-free moment. Do you agree with her, and isn’t Australia’s position on climate change getting in the way of cooperation with New Zealand to maintain influence in the South Pacific as China’s role grows?”

Australian officials will be busy preparing talking points, should Morrison need help in avoiding these traps. And there will undoubtedly be a talking point explaining that Australia’s position on Taiwan has not changed (which may mean that you double down on what you didn’t say the first time). Those officials will already be working with their New Zealand counterparts on a joint prime ministerial statement to be issued at the end of another successful visit. But even in the unlikely event that Ardern and Morrison go several steps beyond John Key and Malcolm Turnbull and really stick it to China, it still won’t be enough to shift the narratives.

Different motivations are one thing standing in the way. Fierce talk on China is hardwired into Morrison’s populism. But for PMs from the other side of the ditch, there is no domestic political mileage in squandering lofty visions of New Zealand’s foreign policy independence. On geopolitical questions, and especially on China, “independence” is code for maintaining at least some distance from Australia and the United States.

Yet Australia and New Zealand have a common interest in not giving Beijing opportunities to divide their alliance. The Ardern government therefore has a balancing act to maintain between its competing impulses. The quest to appear consistent and predictable may sometimes need to make way for the fine art of ambiguity. But Australia and the other Five Eyes partners can also help. They can avoid setting new alliance loyalty tests they know Wellington will find difficult to navigate. Otherwise, today’s simplistic narratives might just become tomorrow’s self-fulfilling prophecies. 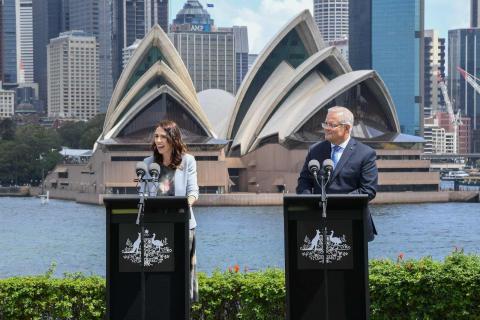 Previous Article
Violent extremism: The ghost or the machine?
Next Article
Economic diplomacy: Budgeting for China and the price that matters

Were Seoul or Tokyo to acquire nuclear-weapons capacity, the region would not instantly become any more or less secure.
Richard McGregor 22 Mar 2018 07:00

Top Chinese officials easily say one thing and do another to fit their vision of deeper party control.