An Indian Air Force Mirage-2000 fighter of the type said to have bombed near Balakot during a training exercise in February (Photo: Prakash Singh via Getty)
Published 27 Feb 2019 15:00   1 Comments

The strike by the Indian Air Force on Tuesday against targets in Pakistan is the latest step in a delicate shadow dance between India and Pakistan.

This began after a suicide bombing of an Indian military convoy at Pulwama in Indian Kashmir on 14 February, which killed more than 40 Indian paramilitary police. The Pakistan-based Islamist militant group Jaish-e-Mohammed claimed responsibility.

By creating a nuclear ceiling that both sides do not wish to breach, there is also space for conflict underneath that ceiling.

As Ian Hall has previously commented (Pulwama terrorist attack: Modi under pressure), the Pulwama attack was timed to put pressure on Indian Prime Minister Narendra Modi in the run up to the Indian elections. While the ultimate intentions of the terrorists and their handlers in the Pakistan military can only be guessed at, the scale and timing of the attack was presumably intended to force Modi to respond with a substantial attack against Pakistan.

Here is where the dance starts.

Modi, who is on the election campaign trail, stated that the Indian “people’s blood is boiling” and that Pakistan would pay a “heavy price” for the Pulwama attack. On Tuesday, Indian Mirage 2000 jets bombed a terrorist camp near Balakot in Pakistan, killing “around 350 terrorists”. Justice, it seems, has been done – although we are yet to see a military response from Pakistan.

Islamabad is certainly not backward in rattling the nuclear sabre, and many worry that any action by India against an “irresponsible” Pakistan could trigger a nuclear response. But how real is this danger?

Nuclear war theorists tell us that competing nuclear-armed states inhabit what is called a “stability/instability paradox”. The fear of mutually assured destruction can create a form of stability at a strategic level (as we saw during the Cold War). But nuclear weapons can simultaneously create instability by making lower levels of violence relatively safe, because escalation up the nuclear ladder is perceived as too dangerous.

In other words, by creating a nuclear ceiling that both sides do not wish to breach, there is also space for conflict underneath that ceiling. How large that space is will depend on the players involved. 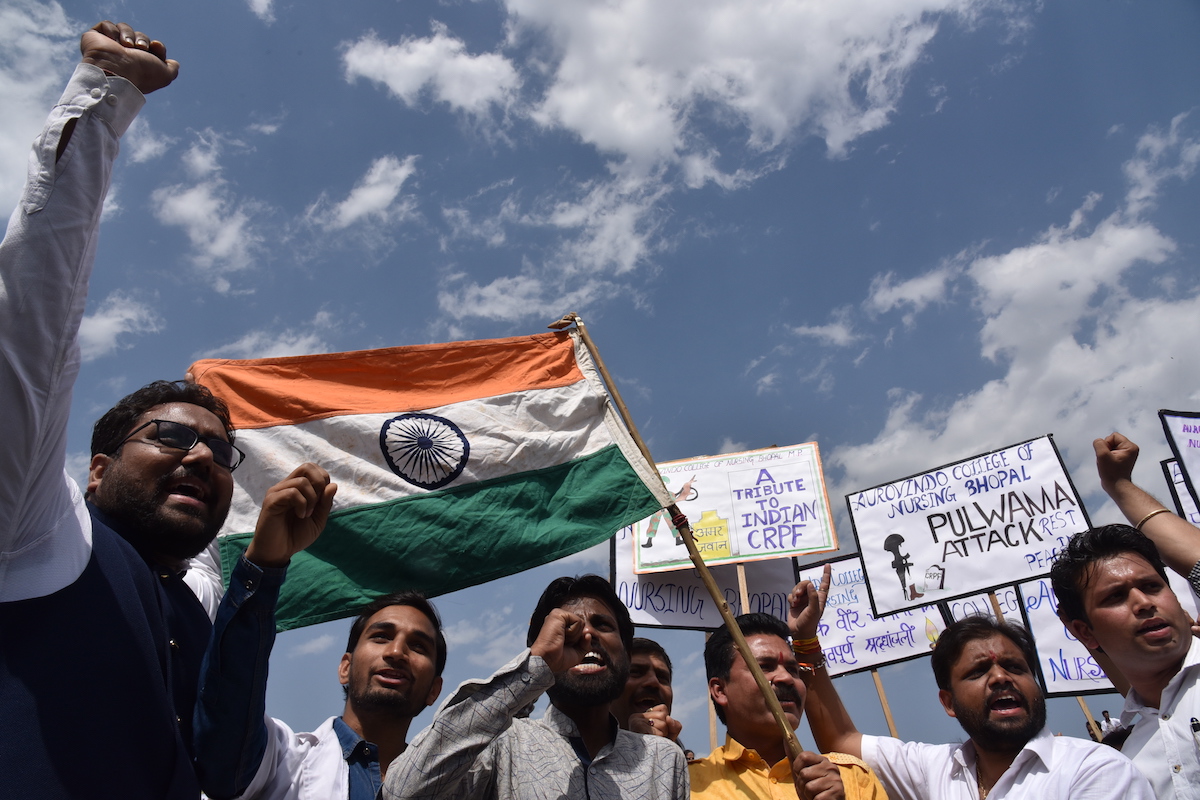 The India-Pakistan relationship is a great example of this. Pakistan has been a master in pursuing asymmetric strategies against India underneath the nuclear ceiling. This has included adopting a first-use doctrine and the deployment of tactical nuclear weapons in an effort to blur nuclear red lines (creating space underneath the ceiling). It has supported major terrorist attacks inside India, including the 2001 attacks on the Indian Parliament and the 2008 attacks in Mumbai. It has of course long supported terrorist attacks in Kashmir.

In past years, the nuclear threat from Pakistan has prevented New Delhi from responding forcefully to these actions – India’s failure to undertake a military response to the 2008 Mumbai attacks being one example. India is essentially a status quo power, whose first objective is often just to maintain the status quo.

But as Pakistan is learning, the stability/instability paradox works in both directions. In 2016, after Pakistan-supported terrorists attacked an Indian Army base at Uri, Modi ordered a raid by Indian special forces against an insurgent’s camp in Pakistan occupied Kashmir. The so-called “surgical strike” was heralded as a major victory against terrorism.

But while whole books have even been written about it – and even a movie – the details remain somewhat hazy. For its part, Islamabad claimed that the so-called “surgical strikes” never happened, and later invited foreigners to tour the area to “prove” that nothing happened. Each side, wanting to believe its own version, went away with honour served.

We are seeing a similar dance now. These latest strikes allow the Modi government to trumpet a major victory against Pakistan, apparently “pre-empting” further imminent attacks against India. This time Delhi turned up the heat a little, striking near Balakot in (undisputed) Pakistan territory rather than in Pakistan occupied Kashmir. And, perhaps incidentally, Balakot is only around 60km from the city of Abbottabad, Osama bin Laden’s old hangout.

For its part, Pakistan has again claimed that the strikes never happened and that the Indian planes were in fact forced by the Pakistan Air Force to jettison their bombs in uninhabited mountains and flee. Again, Pakistan has offered to show foreigners around a place somewhere near Balakot to show that nothing happened there.

Indian aircrafts intruded from Muzafarabad sector. Facing timely and effective response from Pakistan Air Force released payload in haste while escaping which fell near Balakot. No casualties or damage.

Nevertheless, Pakistan Prime Minister Imran Khan met with Pakistan’s National Security Committee (which controls Pakistan’s nuclear weapons) and then announced that Pakistan would respond to the (non) attack “at the time and place of its choosing”.

Whether Delhi and/or Islamabad feel the need to take further public action remains to be seen. But both will seek to manage events.