In India, praying the Covid away

The country has so far recorded few infections, and for some it is a matter of religious – and political – faith. 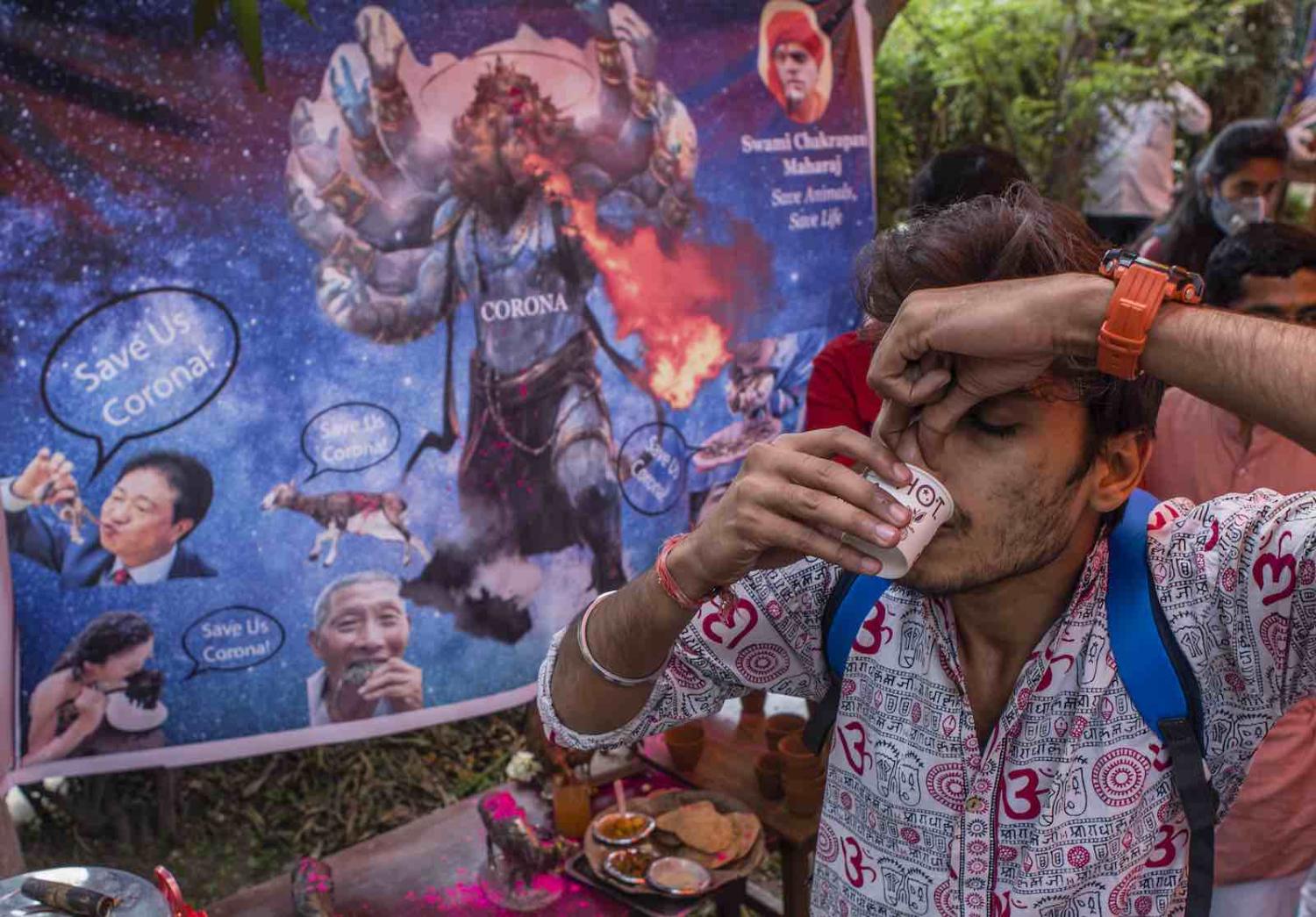 Crises have a way of shining a penetrating light and exposing the fissures in a society – or conversely, the exact nature of what holds it together. It is something we are seeing right now, the world over.

While India seems to have sidestepped the worst of the pandemic for now, what the crisis is so far revealing is just how deep the nexus between the media and right-wing religious propaganda is.

India is right next door to China, the epicentre of the Covid-19 infection, yet has, so far, registered just 283 infections, and only a handful of deaths, although its limited testing regime makes it difficult to paint a more accurate picture at this stage. There are real fears that if the country of 1.3 billion people is hit hard, India’s already overburdened health system will collapse, but authorities have been hailed for taking decisive action early on, such as closing schools, shutting borders, random sampling, and making health information widely available. The initiatives seemed to have worked, at least in helping Indian markets circumvent the kind of routing seen elsewhere in the world.

Still, some sections of India’s notoriously shrill – and increasingly partisan – television media have seized on the coronavirus outbreak, and in some cases they are harnessing it to add fire to other unrelated issues. One example is the long-running sit-in protest led by Muslim women in Delhi’s Shaheen Bagh. Television’s resident provocateur Arnab Goswami has spelled out, in great detail and with great emotion, just why the women should abandon their protest.

And here are two of his guests, genially discussing government responsibility.

This is normal-level debate: after all, India’s 24-hour news channel market is highly competitive, with something like 80 channels, so the tussle for eyeballs means that the evening talk shows are closer to “The Jerry Springer Show” in style than serious newscasts.

A clip from another channel, the Hindi-language News Nation TV showing anchor Deepak Chaurasia standing over a studio guest to berate him, recently did the rounds on social media – undoubtedly passing on a few ideas to newscasters from elsewhere in the world.

I watched this and realised I’ve been doing @BBCHARDtalk all wrong.... https://t.co/kZbiuhoFgV

The advent of Covid-19 means that religious groups are turning to methods that they deem effective: prayer and exhortations to the gods. In India, Hindu efforts are being amplified in the media, with chanting sessions regularly given airtime. This is despite the fact that neither prayer nor chanting was deemed effective during the 1918 flu pandemic a century ago, nor any prior pandemic in history. Indian television channels have been airing interviews with saffron-clad sadhus, chanting sessions, and even videos of true believers drinking cow urine or bathing in cow dung, claiming the effluents to be effective safeguards against the viral strain. 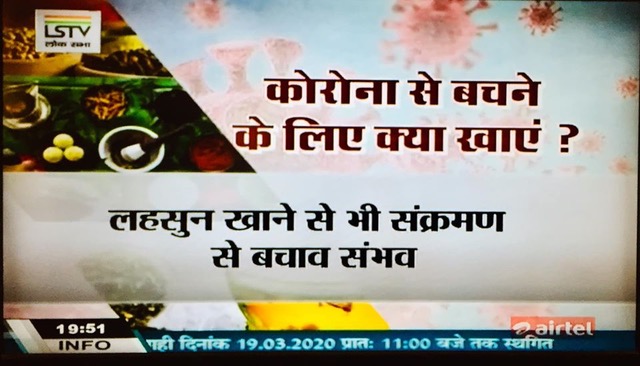 Everything from rose essence to chilis have been touted as preventative measures, and in one memorable clip from the usually reliable NDTV, holyman-slash-entrepreneur Baba Ramdev presented products from his own, wildly successful Patanjali Ayurved range, and urged people to do yoga.

They could all be yet more examples of tidbits of charming Indian traditions that seem to do the rounds, but for one thing: the government has done little to reign in either the spreading of misinformation or the platforming of it. Could this be because the advice to take ayurvedic herbs and drink cow urine comes from the government’s main support base, the religious right? And could it be that the media is intentionally currying favour with the government by airing the views, without explicitly branding them as false?

“The mainstream media is more guarded in its responses because of what the government has been doing through the back channels,” Dhiraj Singh, the former executive director of Lok Sabha TV, told me. “Such as sending out tax sleuths and stopping transmission. They’re all textbook intimidation tactics.”

Media watchdog website NewsLaundry has called out channels for giving a platform to misinformation on containing and preventing coronavirus, but otherwise contrary views have been relatively muted.

The danger of this cannot be underestimated: the vast bulk of India’s population, including educated elites, looks to religion for guidance. If the virus was to take hold in a teeming Indian city, it would spread like wildfire. In a country already riven by partisan politics and religious tensions, the consequences could be catastrophic.

Previous Article
The many prescriptions for isolation
Next Article
Pandemic peace or anarchical world?

Accusation as a communist – “red-tagging” – is a potential death sentence, which doesn’t stop some from using it.
Juhi Ahuja, Pravin Prakash 13 Dec 2018 11:00

Recent strife in the city of Ayodhya must be seen as an omen of a shifting political agenda ahead of India’s elections.
David Ritchie 10 Mar 2021 12:30

Italy’s block on a vaccine shipment to Australia looks suspiciously like Europe’s version of the “America first” policy.