There may be only one way to slow the virus spread, but every country is coming up with its own interpretation. 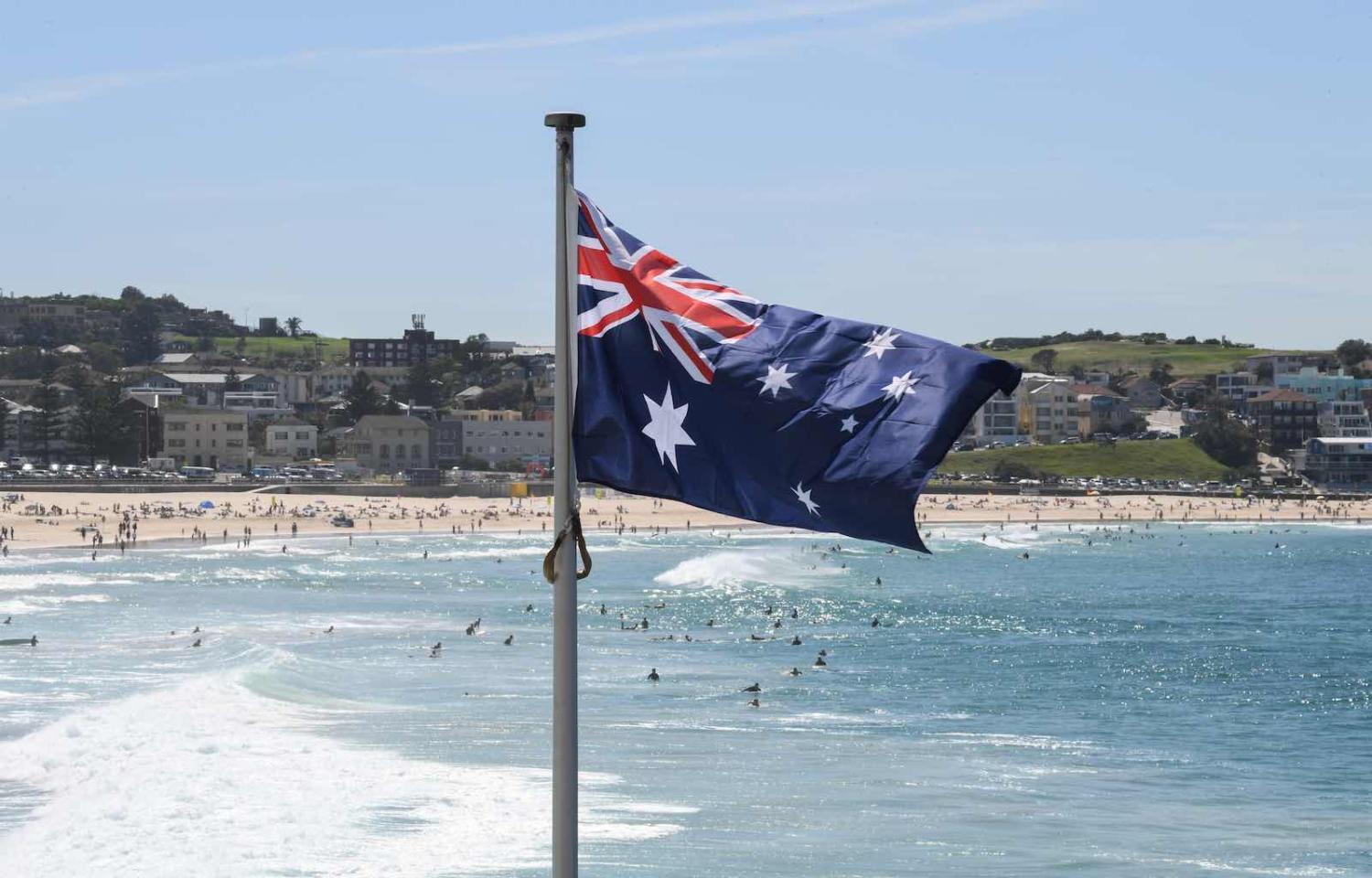 Among the weapons Australia’s Prime Minister Scott Morrison has deployed in the early stages of the battle to slow the spread of the coronavirus was an appeal for the assertion of our “culture”.

Attempting to shame into submission the hordes who were storming supermarkets and coming to blows in the toilet rolls aisles, Morrison pleaded: “Stop it. It’s un-Australian”

What this actually meant is hard to say. What is appropriate Australian behaviour? What did he see in our national character that he considered this behaviour infringed and which he thought, by drawing attention to, he could stop?

A week later, after days of the government and medical experts calling on people to stay inside or, if they had to go out, keep a healthy distance from each other, images flashed around the world of Sydney’s famous Bondi Beach packed to the gunwales with defiant beachgoers.

If there is anything that symbolises Australian “culture”, it is such beach scenes. And the fact that this was happening despite the dire warnings about the risks of close contact might be seen to reflect another identifying feature of Australian “culture” – that laid-back attitude of “she’ll be right”.

The government’s response to this was to force the closure of the beach, surely an action which would normally be about as “un-Australian” as you could get.

As the coronavirus has seeped its insidious way around the globe and governments and their populations have been forced to reckon with it, the science has suggested that there is really only one clear option available to slow its spread until a vaccine against it is found. That is to isolate citizens from each other and adopt stringent hygiene standards.

But the responses in different countries and by different governments have been far from uniform.

From the very beginning of this now global crisis, political-cultural forces have worked against the containment of the virus.

In the major cities of Georgia, for example, trucks carrying Orthodox priests ply the streets sprinkling holy water and blessing crowds of citizens who came out, believing their faith will protect them. In the US, long queues of people stand waiting outside gun shops to buy weapons which they believe they might need to protect their supplies of vital goods (toilet paper included, no doubt) from desperate fellow citizens. In the UK, elderly citizens invoke memories of their stoicism during the Second World War blitz to persuade younger people to join the “coronavirus Battle of Britain”. In Germany, Chancellor Angela Merkel summons the spirit of solidarity that followed the reunification of East and West to urge her people to stand together against the virus, but she struggles against the powerful post–Cold War sentiment that favours individual liberty.

For some, aspects of social distancing came naturally. Germans always queue respectfully and patiently. To the English, queuing is instinctive.

But from the very beginning of this now global crisis, political-cultural forces have worked against the containment of the virus. When coronavirus was first detected in Wuhan, the instinct of the secretive Communist central government was to cover it up and to punish those who revealed its existence.

Once the terrible truth was out, however, the power of the authoritarian Beijing government was used to force compliance by all the citizens of the affected areas to adopt defensive measures that have resulted in the first successful containment of the virus.

In stark contrast, in Italy, which took over from China as the country worst affected by the virus, deep political fissures in the country contributed to catastrophic confusion about how best to deal with the initial outbreak of the virus in the Lombardy region. The right-wing Northern League party, which dominates this proudly independent region, resisted adopting policies directed by the government in Rome. When Rome attempted to impose a lockdown in the north, more than a million people fled to the south where there was no lockdown, taking the virus with them and spreading it further.

In the UK, which initially flirted with allowing the virus to run its course and developing “herd immunity”, thus delaying containment measures, the government hesitated to rescind what Prime Minister Boris Johnson referred to as “the ancient and inalienable right of Englishmen to go to the pub”, and then profusely apologised when the numbers exercising this right became a threat to public safety and a lockdown had to be imposed.

Where lockdowns have been imposed, there have been uplifting manifestations of cultural differences.

What might be called “balcony communities” have suddenly flourished. In Italy, residents have come out to the only place they can see other people, brought musical instruments with them, and joined in rousing renditions of popular songs. In France and Spain crowds on balconies have cheered health workers on their way to their now dangerous work in hospitals and clinics. And in Brazil, an estimated 3 million people have used the platforms of their apartment balconies to hold loud political protests over their government’s initial denialist response to the virus.

We are now in Disco music  as #Italy enters Day 5 of #Coronavirus lockdown.

But in Germany, apartment living was a major reason the government resisted a total lockdown. In the colder north, balconies are less common and apartments are smaller. Official advice to the government was that compulsory containment risked higher levels of domestic abuse and mental-health disorders.

Different faiths and religious beliefs have seen different public behaviours. In countries where the Christian and Muslim faiths are strong, religious leaders have resisted the closure of churches and places of prayer. Greek Orthodox priests have told believers they cannot catch the virus from the holy cup. In Saudi Arabia and Iran, angry mobs have stormed Mosques closed for health reasons. In South Korea, Malaysia, and Indonesia, decisions to allow large religious assemblies to go ahead have seen spikes in the spread of the virus. Believers in many countries have been fatalistic about their prospects of catching the virus, believing that their fate is in the hands of God.

Eastern Europeans, Russians, Iranians, and others who, from experience, do not generally trust what their governments tell them see government announcements on responses to the virus with a wary eye, too well aware of the difference between propaganda and truth.

In the US, where trust in government and suspicion of public officials has been in long decline, recent polls showed a majority of Americans were suspicious of official warnings about the degree of the coronavirus threat.  Only 40% of Republicans saw it as “a real threat”, compared to 75% of Democrats.

In California, a Democratic stronghold, Governor Gavin Newsom ordered a lockdown of the state, but he hesitated to ask state police to enforce the lockdown, preferring citizens to “voluntarily regulate”.

This despite the fact that the US has one of the steepest upward curves in rates of infection.

In Japan, by contrast, where public obedience to authority is very strong, community responses to government coronavirus campaigns have been overwhelmingly positive. Japan has one of the lowest growth curves in rates of infection. Similarly, in South Korea and Singapore, a culture of public obedience has helped authorities.

Differing experiences of national security environments has also shaped policy and responses to it.

In Israel, where draconian antiterror laws have long existed and official mass surveillance systems have been widely deployed, the government has mobilised these antiterror systems for public-health protection. Israeli carriers of the virus who defy bans on their movement can be identified by mobile tracking systems and apprehended. Healthy people going about their business who come in contact with an identified carrier can get a text message from authorities alerting them to the fact. There are concerns that this sort of surveillance for reasons other than counterterrorism might persist after the virus threat has passed, but there seems to be general public support for these measures at present.

As we enter an uncertain future, the potential of the virus to profoundly change the way the political world works is one of the greatest uncertainties. Depending on the severity and duration of the impacts of the virus on different populations, political upheavals seem certain to follow. Leaders will be tested and some will fail the test, none more so than US President Donald Trump as he faces his second-term election test in November. Systems of economic management will be tested, in particular where free-market ideology has dominated policy. Again, that means the US, but also the West more broadly, including Australia.

One of the most profound and important developments in global affairs since the Second World War – the creation of the European Union – will have its raison d’être and its cohesion profoundly tested.

At the centre of the European project has been the idea of creating a single European identity over the top of the national identities of its 27 member countries. The idea of lots of cultures under one unifying European culture has been at the heart of the EU’s evolution. The most important expression of this is the single market without internal borders.

The spread of the coronavirus in Europe – turning it into the epicentre of the crisis – has resulted in those internal borders beginning to be reimposed. One immediate result of this has been massive internal traffic jams and some of the major arteries of the European freight transport system ceasing to function.

The same is beginning to happen to people, including with European leaders shutting down the entry of refugees and asylum seekers, condemning large numbers of refugees from the Middle East being trapped in dire circumstances in camps on the EU’s borders, where they have been in limbo because of the inability of European leaders to agree for years now on a comprehensive plan for dealing with the refugee crisis. For the foreseeable future, trying to deal with an invading virus will have priority over dealing with desperate people seeking sanctuary inside European borders.

The test that now faces the EU is an existential one. The unity that has been the key to the idea of the EU and a European identity now faces grave challenges from the risk that Europe’s nation states will decide going it alone is better.

When we finally emerge from the coronavirus nightmare – and it is impossible to say when that might be – we may find a permanently transformed world on the other side.

Previous Article
Covid-19 and migration: Europe must resist a populist pill
Next Article
In India, praying the Covid away

The sky is falling again: should we worry?

The risk from large satellites hitting Earth are low, but not zero, and the world needs to do more to ensure the safe disposal of space infrastructure.
Jay Batongbacal 27 Mar 2018 14:00

No one denies Western weapons are used in Yemen but it took a journalist’s death to focus on arms sales to Saudi Arabia.