Indian elections: cinema as an instrument of propaganda

A string of silver screen features offers a powerful way to shape politics and damage opponents. 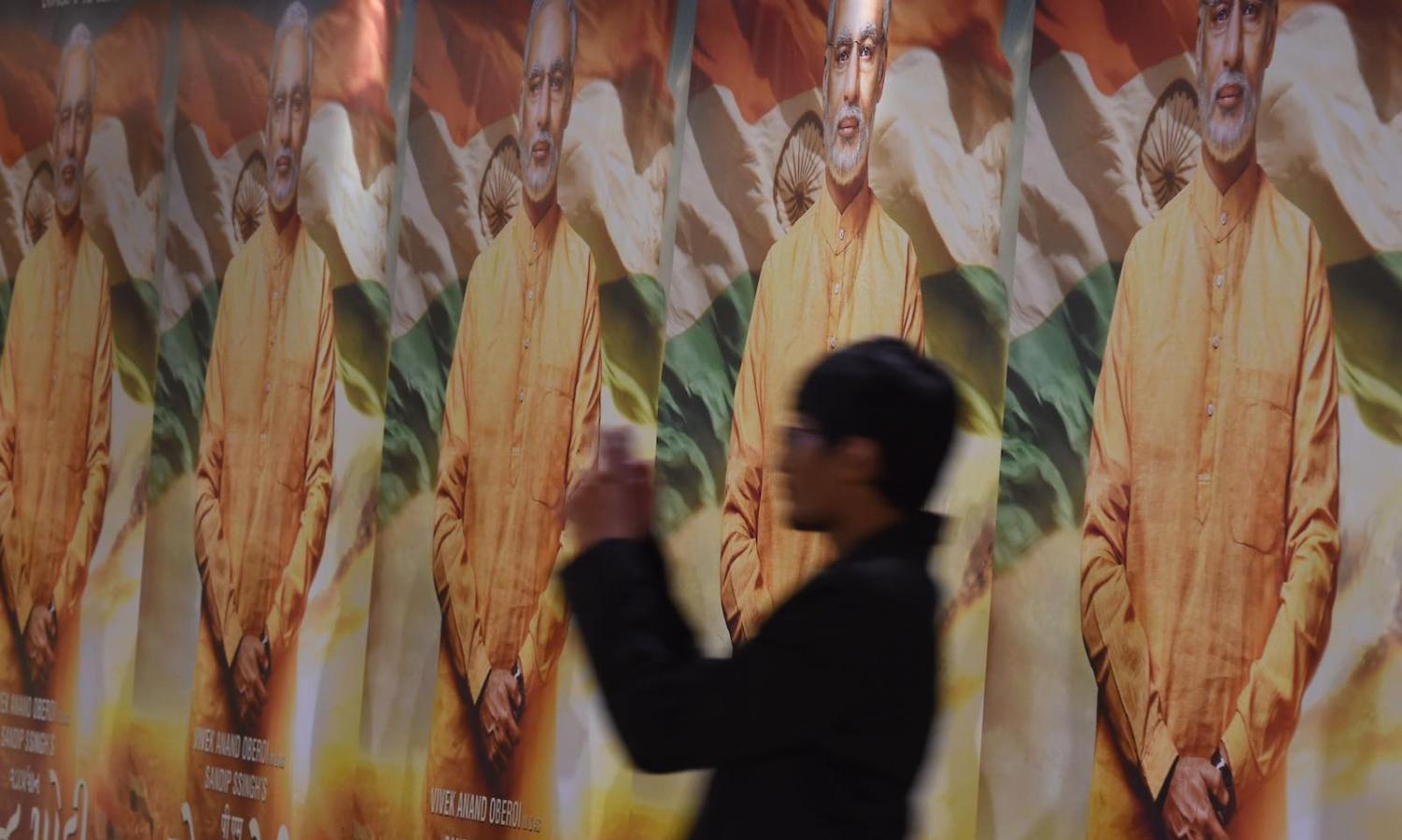 A biopic film about Prime Minister Narendra Modi is set to release on 5 April, just days before India starts voting for the general elections on 11 April. The proximity of the film’s release date to the upcoming Lok Sabha elections, coupled with the fact that the trailer was launched by Bharatiya Janata Party leader and Maharashtra Chief Minister Devendra Fadnavis, has raised many eyebrows. As elections loom, films are increasingly emerging as an arena for propaganda.

Political films ­– hagiographies and dramatisations of significant policies, events and issues that can potentially influence elections – seem to be in vogue this pre-poll season. Cinema and politics have often intertwined in India. Several actors have turned to politics post their film careers while Indian movies have also tackled social and political concerns in plotlines, albeit implicitly and allegorically.

Riveting tale of how a family held the country to ransom for 10 long years. Was Dr Singh just a regent who was holding on to the PM’s chair till the time heir was ready? Watch the official trailer of #TheAccidentalPrimeMinister, based on an insider’s account, releasing on 11 Jan! pic.twitter.com/ToliKa8xaH

A biopic on Rahul Gandhi titled My Name is RaGa is also timed to release around general elections next month. While some have called it a parody, some users have also labelled it “propaganda” by the BJP. Beside biopics, films such as The Tashkent Files is a prime example of BJP’s strong agenda targeting opposition parties. The film depicts the circumstances of former Prime Minister Lal Bahadur Shastri’s death which allegedly involved Congress leaders in Tashkent in 1965. This movie too is set for release on 12 April and is produced by open BJP supporter Vivek Agnihotri.

Movies directly channelling the leading party’s positions, policies and rhetoric have also surged in recent years. For instance, Toilet: Ek Prem Katha promoted and aggrandised the “Swachh Bharat Mission” to clean up streets and roads across the nation while Commando 2 appeared to be a sponsored movie on the benefits of demonetisation. Likewise, Uri was criticised for guts-and-glory propaganda about the already over-hyped “surgical strike” against Pakistan that the Indian media hysterically indulged in to represent BJP’s patriotic muscularity and valour in defending the country. The fact that the movie left the public celebrating military action shows the impact of political cinema on the public.

Films are powerful tools that shape ideas, attitudes and social norms with a greater ability to sway opinion and spread ideas compared to other media forms.

Besides mainstream films, web series are increasingly becoming a popular form of media. A ten-part series titled Modi will be out in April and will premier online. The web series will show the journey of Modi’s life from his childhood days to his political career as a Chief Minister and finally his landmark election as Prime Minister. The filmmakers reportedly shot the film at real locations to make a deeper impact with the audience. Not only through mainstream films, but in a first of its kind approach, short videos of Modi demonstrating yoga exercises in 3D animation to promote International Yoga Day have also been popularised.

Recent years have also witnessed political parties’ increasing usage of celebrities as force multipliers in their campaigns to increase appeal among the public. In return, media personalities benefit from political patronage and protection. Dissenting actors and film makers often face public protests and/or political harassment and are forced to remake, delete or apologise for scenes and comments.

In South Indian states like Andhra Pradesh and Tamil Nadu, celebrities have often used their careers as platforms for socio-political messaging, then partook in elections on the basis of that image (Star wars: Tamil actors enter India’s political fray). However, films or celebrities did not explicitly endorse political parties in their work in earlier years. Recent movie NTR Kathanayakudu showed the life of former and late Andhra Chief Minister NT Ramarao (NTR) and the role was played by his son Bala Krishna. The movie aimed to whip up sentiments among Telugus to clearly sway votes towards Telugu Desam Party (TDP) at a time when the state elections are set to begin. Likewise in Tamil Nadu, a film The Iron Lady based on the late Chief Minister Jayalalithaa is set to release this year.

Films are powerful tools that shape ideas, attitudes and social norms. They have a greater ability to sway opinion and spread ideas compared to other media forms. As such, the sudden slew of political films and biopics, and the timing of their release have raised questions about politicians capitalising on the power of Bollywood and Indian cinema in general for political mileage.

Nonetheless, its actual impact will only be known after the end of elections. The Election Commission of India has ordered political parties to not carry political ads on social media or in any other form of media 48 hours prior to the election polling. Yet there is no law on commercial films except for an understanding that the films’ release date must not coincide with polling dates.

We’re approaching an Indo-Pacific strategy with a glass half-full – best to fill it up entirely.
Frédéric Grare 7 Apr 2020 06:00

Looking towards a post–Covid-19 world, France views Australia as a key strategic partner in the region.
Greg Earl 19 Dec 2019 11:00