The Trump card in the Sino-Indian rivalry?

The US President’s offer to mediate a “big conflict” at Ladakh is a little more public than India is used to. 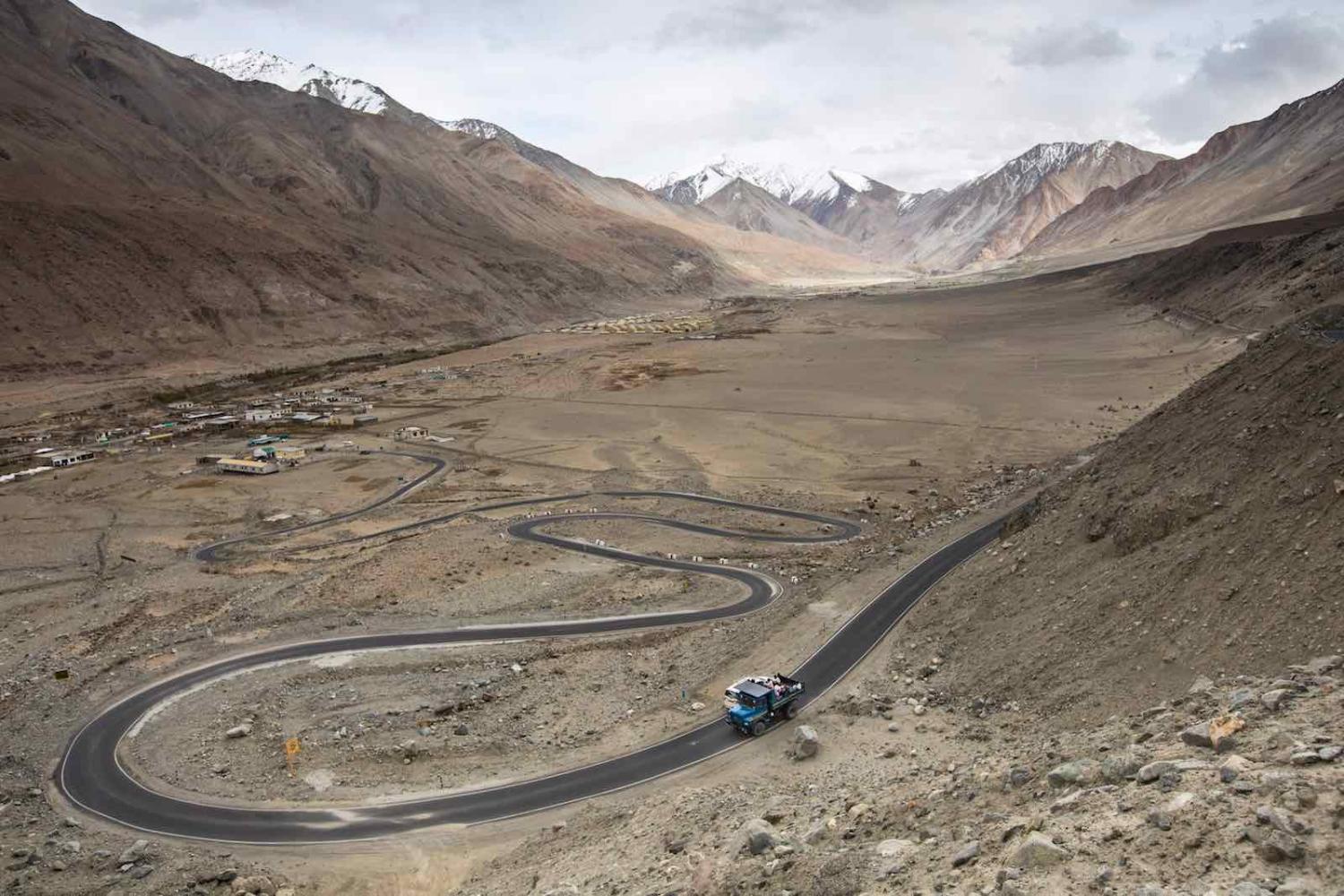 Pangong Lake road in Ladakh in northern India, near one of the disputed sites (Xavier Galiana/AFP via Getty Images)
Published 29 May 2020     Follow @AbhijnanRej

As worrying details about the month-long India-China border dispute continue to pour in, Donald Trump, in his signature style, has muddied waters in two significant ways.

First, on Wednesday morning, he tweeted: “We have informed both India and China that the United States is ready, willing and able to mediate or arbitrate their now raging border dispute.” While New Delhi was busy politely distancing itself from his offer, yesterday at a press briefing Trump then suggested that Indian Prime Minister Narendra Modi and he had a conversation about the “big conflict”, repeating his offer to mediate, and noting that Modi was not in a “good mood” about the ongoing developments. (It remains unclear whether Trump’s national security team had communicated the Indian position on mediation to him before its reiteration at the Thursday presser.)

#WATCH "We have a big conflict going on between India & China, 2 countries with 1.4 billion people & very powerful militaries. India is not happy & probably China is not happy, I did speak to PM Modi, he is not in a good mood about what's going on with China": US President Trump pic.twitter.com/1Juu3J2IQK

It is important to note that publicly, Indian and Chinese foreign ministries have adopted a very careful stance, stressing diplomatic mechanism in place to resolve what appears to be a military standoff along multiple points on the un-demarcated India-China “line of actual control” that separates Indian and Chinese territorial claims in eastern Ladakh, a Himalayan region adjacent to disputed Kashmir.

With Trump’s reiteration of a “big” and “raging” conflict, domestic political pressure is likely to build up on the Indian government to reveal more details about the crisis, possibly complicating Indian and Chinese efforts to pursue face-saving arrangements. That said, it is also likely that, true to his style, Trump made up his conversation with Modi.

Earlier today, Indian sources noted that “[t]here has been no recent contact between PM Modi and President Trump,” the “last conversation between them being on 4 April 2020 on the subject of hydroxychloroquine [an unproven treatment for Covid-19 that Trump has pushed for in the past].”

It would have been easy to dismiss Trump’s tweet and statements as further examples of his intemperate and impulsive behaviour (and not infrequent fibbing) had it not been for two additional pieces of the puzzle.

First, on 21 May, US Assistant Secretary of State Alice Wells noted that the PLA activities that presumably triggered the ongoing India-China crisis fits the “method […] to Chinese operations,” including that in the South China Sea. Whether this suggestion of parity between the two theatres was motivated by classified US intelligence or not is not known. (The timing of Trump’s Wednesday tweet also makes it a possibility that it followed the intelligence briefing American presidents receive every morning.) If that was indeed the case, it suggests that the US assesses the India-China flareup as part of a coordinated and opportunistic Chinese thrust to reassert its revisionist claims across the Indo-Pacific.

Second, while this is not the first time Trump has spoken about mediation involving India – last year, he repeatedly offered to serve as a go-between Islamabad and New Delhi – the US has played an extremely crucial role in multiple crises in the Indian subcontinent over the last two decades. This has included helping secure the release of an Indian fighter pilot who was captured by Pakistan last February following a dogfight between the two countries.

While India has eschewed “internationalisation” of its bilateral disputes with Pakistan, it has counted on US support when things threatened to spin out of control. American intercession played a determining role in ending the 1999 Kargil War – which the current India-China crisis  resembles in a few ways – on Indian terms, for example. But US support to India has not been limited to Pakistan-related contingencies alone.

During the 2017 India-China standoff over Chinese road construction in Bhutan, US intelligence on PLA positions helped India manage its political and military posture. Farther back in history, during its war with China in 1962, the US delivered close to 40,000 tons of arms to India even as then-prime minister Jawaharlal Nehru committed his country to non-alignment.

India’s preference when it comes to the US helping manage its disputes so far has been this: vocal, public intercession and pressure when it comes to Pakistan, and silent but tangible support when it comes to China. This was a tacit consensus between Washington and New Delhi which Trump has now upset. As Sino-American strategic rivalry intensifies, the US appears to be inclined to ahistorically frame the Sino-Indian rivalry within the larger arc of Chinese revisionism in the Indo-Pacific; India may be sceptical of the hidden quid pro quo that such a narrative entails.

From ONA to ONI: Getting closer to the original plan

Both of those functions were envisaged in the legislation establishing ONA, enacted 40 years ago in 1977, after the seminal report by Justice Hope into the AIC.
Rodger Shanahan 3 Jun 2019 12:00

The relativity of the death penalty

Where is the outrage over the capital punishment sentence for ISIS fighter and Australian citizen Ahmed Merhi?
Aarti Betigeri 20 May 2020 12:00