When Nazis proudly march in America’s southern cities, do we really need comedians to point out how bad people can be? 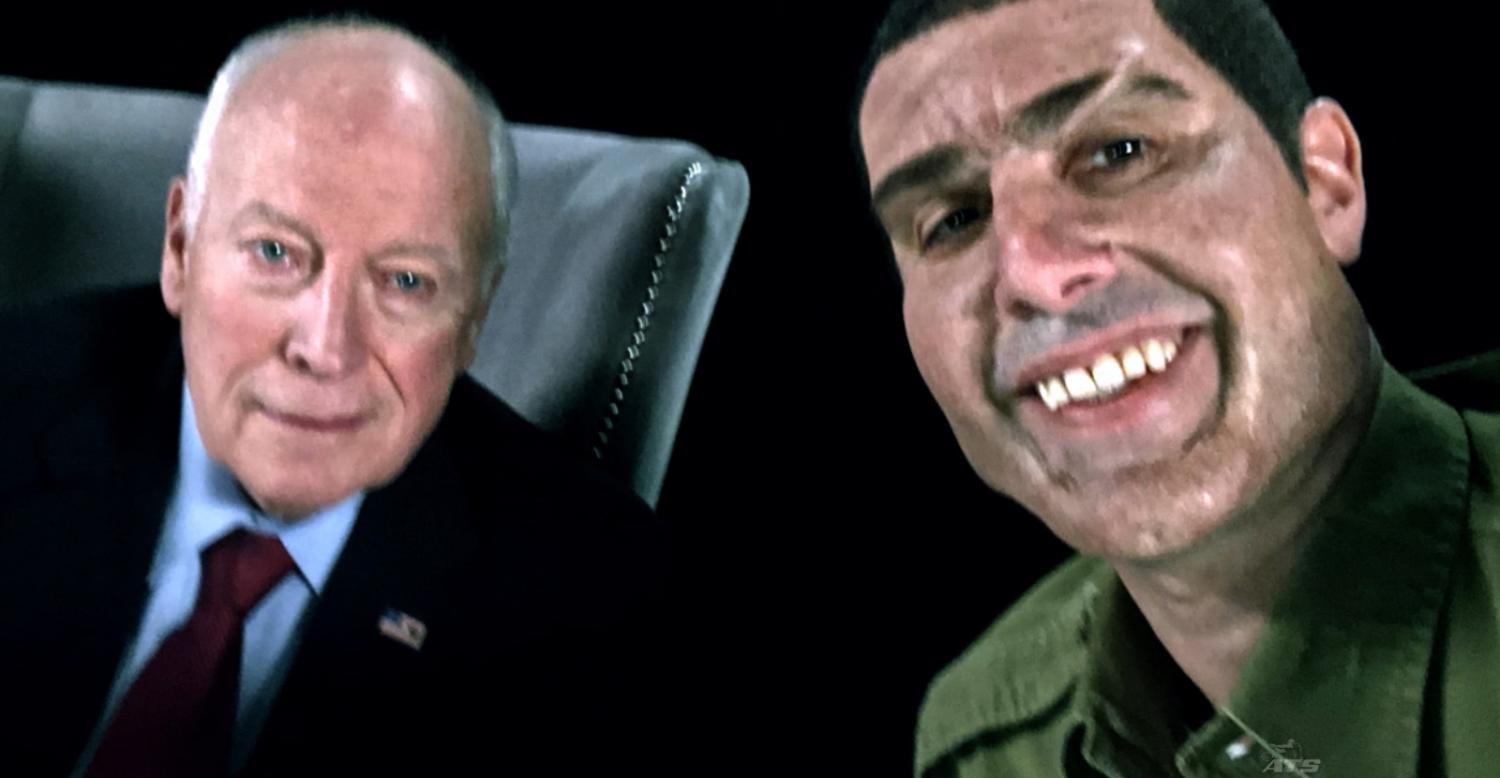 When Donald Trump was elected US President, many pronounced satire dead. The twitter hashtag #nottheonion, a reference to the satirical news website, grew more common with every outlandish tweet and unpredictable decision from America’s new leader.

But to paraphrase one of the country’s most revered authors, Mark Twain, rumours of satire’s death proved grossly exaggerated.

At a time when the president himself can be relied on to provide outrage on an almost daily basis, Baron Cohen has managed to raise the bar.

In fact, satire has thrived, particularly on America’s late-night talk shows, such as Last Week Tonight with John Oliver, The Daily Show with Trevor Noah, Full Frontal with Samantha Bee, Jimmy Kimmel Live, and the American late-night institution The Late Show, now hosted by Stephen Colbert, which was in the ratings doldrums until Trump took power and gave its host the fuel he needed to make ratings gold. All of these shows are nominated in this year’s Emmy Awards.

Now Sacha Baron Cohen has arrived with his unheralded Showtime series Who Is America? (streaming in Australia on Stan). As with previous work where he adopted personas, including his obnoxious white homeboy Ali G and sexist, antisemitic Kazakh journalist Borat, Baron Cohen adopts a persona – or in this case, many personas – in order to interview a range of Americans: Dick Cheney, Bernie Sanders, Sarah Palin, a group of residents from Arizona, and a former Bachelor contestant.

Viewer numbers were modest for the debut – 325,000 – but reruns and streaming over the week pushed the figure up to 1 million, and it’s likely to increase as more shocking revelations unfold. The trailer has 12 million YouTube views.

Baron Cohen is essentially trolling his subjects, as Ali G did so many years ago, to try and expose prejudices, flawed thinking, and worse. In episode one, gun activist Philip Van Cleave brags about killing a bill that would have made it illegal for children aged 4 to 12 to have access to firearms before “Erran Morad”, Baron Cohen’s Israeli anti-terror expert alter ego gets him to film a Play School–style tutorial for children featuring “puppy pistol”.

In episode two, Morad gets Dick Cheney to divulge his “favourite war” and sign his waterboarding kit. (It has been put up for auction on eBay, with proceeds going to Amnesty International.)

The access Baron Cohen gets to these people is extraordinary. That they would give television interviews to people with no public profile – his unknown alter egos such as Morad, southern conspiracy theorist “Billy Ruddick Jnr”, and “proud Democrat” and lecturer in gender studies “Nira Cain N’Degeocello” – says something about the subjects and the lure the spotlight holds in our times. How each interviewee reacts says more.

Some of the show’s targets, including Sarah Palin and Joe Walsh (the former Republican congressman, not the guitarist), went public with claims of being duped in the run-up to the show’s premiere. Once it aired, the Daily Beast discovered a 1400-word Facebook post Van Cleave had written in February detailing how he had “played along” with the elaborate ruse.

The show is funny, excruciating, and occasionally shocking. At a time when the president himself can be relied on to provide outrage on an almost daily basis, Baron Cohen has managed to raise the bar.

So are they part of the “Liberal media’s witch-hunt” delivering “fake news”, or just reflecting widely held sentiment?

According to statistics website FiveThirtyEight, Trump’s approval rating at home was less than 42% as of 23 July. Outside the US, it is much worse. The Pew Research Centre reported last year that a global median of only 22% expressed confidence in the US President’s global leadership. They found confidence in the US fell from 64% during the end of the Obama years to 49% as of June last year. The decline was noticeable across the globe except for one country, Russia, which now thinks a lot more positively of the US.

America’s famous soft power is fading under the harsh spotlight shone on it by Trump’s unpredictability.

But in an era where Nazis proudly march without masks down the streets of America’s southern cities, do we really need a bunch of comedians to point out how bad people can be? When a developing nation such as Indonesia is instituting rules of beneficial ownership, but the president of the US thinks it’s OK to merely hand over his companies to his children, who are part of his administration? When we can all watch him cosy up to Putin one minute, then tell the world he said something completely different to try and appease his compatriots the next, it’s #nottheonion?

The truth is satire has always thrived when times are tough. When dictators control media, when governments control people’s lives, satire lives on. It just goes underground. Laughter is a coping mechanism, and people need it to survive.

Look at Trump baby: London’s protesters could have taken to the streets with simple “Trump go home” signs. But somehow a giant balloon filled with hot air wearing Trump’s face and nappies just said so much more.

I was twice an enemy to al-Qaeda’s leader, both near and far. His influence in seeding militant Islamists was profound.
Anas Iqtait 13 Apr 2017 18:18

The Palestinian Authority’s quest for survival and relevance

The Palestinian Authority's decision to reduce Gaza-based salaries by 30% is a direct result of fiscal constraints. However, mounting political pressures have compounded the problem.