More plastic waste is choking the world’s oceans yet despite global declarations and commitments, nothing much is done. 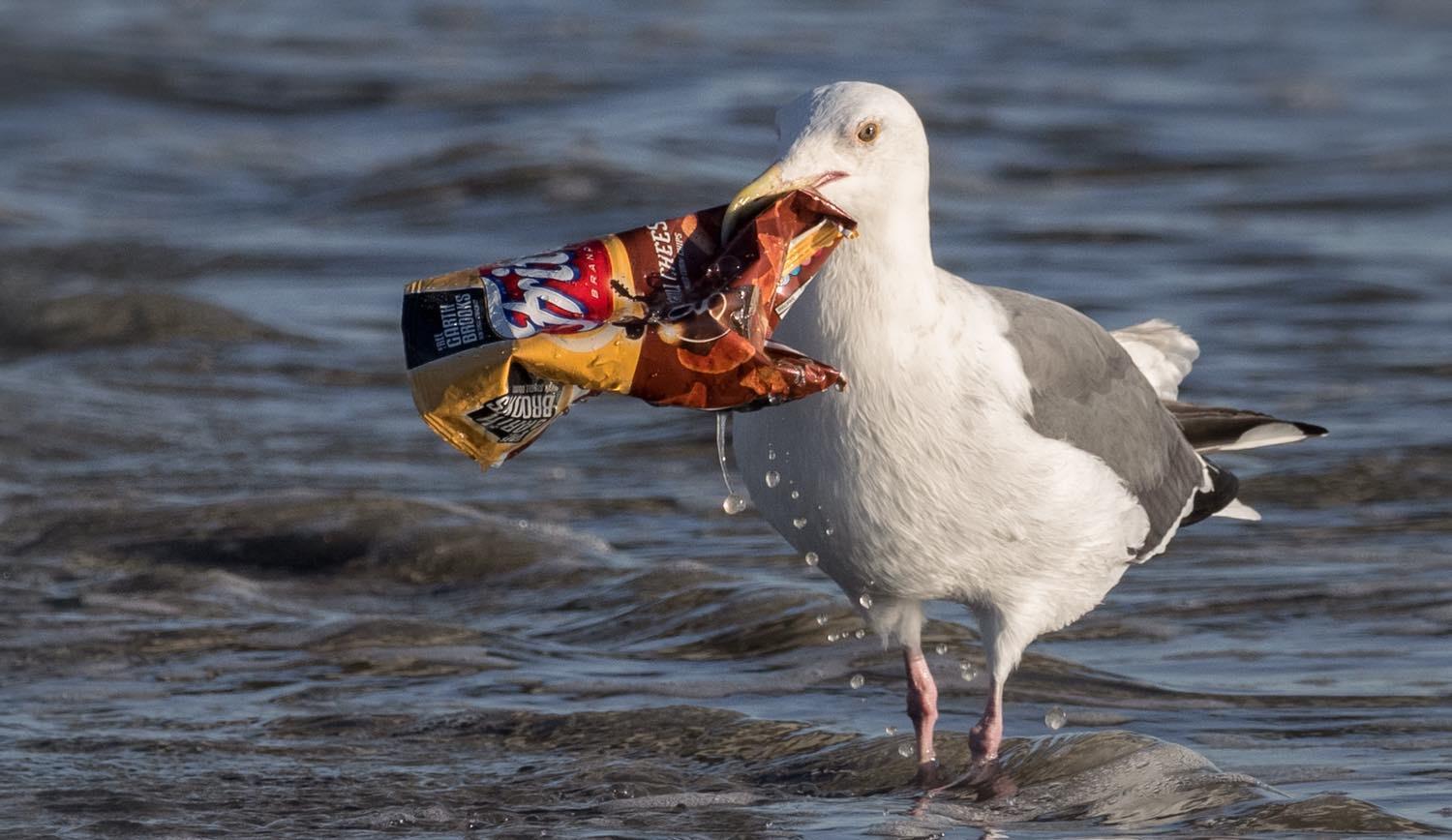 The Osaka Framework is aimed at reducing marine plastic waste, but its proposed measures are both voluntary and vague (Photo: Ingrid Taylar/Flickr)
Published 8 Jul 2019

The recent G20 energy and environment ministers meeting in Osaka delivered an “implementation framework” for reducing the rapidly increasing levels of plastic waste choking the world’s seas and oceans. This year’s framework declaration echoes concern already expressed at the 2017 G20 meeting in Germany, and further focuses both government and public attention on the growing threat marine plastic waste poses not only to the marine environment but also to human food security.

But despite the G20’s latest declaration of its commitment to reduce marine plastic waste, there is still little reason to believe anything substantial will be done. There are already several international agreements in place to reduce marine plastic waste; the problem, however, is they are not having much effect. What the Osaka G20 Implementation Framework will do to make these and other measures more effective remains very unclear since it is so short on detail.

The first point to make about the Osaka Framework (and its sister agreement, the 2017 G20 Action Plan) concerns what it isn’t and probably never will be, a legally binding agreement. The Framework is aimed at reducing marine plastic waste, but its proposed measures are both voluntary and vague. The Framework thus is not a treaty, only a “declaration” of intent. So unlike the United Nations Framework Convention on Climate Change (UNFCCC) and many other founding environmental agreements, it has no legal status under international law and creates no actual commitment for governments to do anything further.

But like the UNFCCC, the Osaka Framework is essentially little more than the formal recognition of a) an important global problem, and b) the need to do something about it. As a treaty the UNFCCC did at least require governments to negotiate binding commitments at some point (the ill-fated Kyoto Protocol). The Osaka Framework received unanimous support from governments but, like the UNFCCC’s creation at the 1992 Rio Summit, its purpose is uncontroversial primarily because supporting the framework is cost free.

Indeed, the UNFCCC’s commitment to reduce human carbon emissions remained uncontroversial until the political business of deciding who would do what, when, and how much kicked off with the Kyoto Protocol’s negotiations a few years later. The intractable political differences over national costs and burden sharing that finally killed the Kyoto Protocol led to its replacement by the only partially binding and largely voluntary Paris Agreement nearly 20 years later.

Despite the G20’s latest declaration of its commitment to reduce marine plastic waste, there is still little reason to believe anything substantial will be done.

The Osaka Framework’s prospects for creating useful outcomes on marine plastic waste as an all voluntary affair are certainly questionable. It is big on aspirations but lacking any detail on how those aspirations may be realised. That said, the Kyoto Protocol experience and the limited success to date with regulating marine pollution and also illegal/unregulated fishing suggest the prospects for effective international action on marine plastic waste may be little improved even if this latest “action plan” were able to impose legally binding obligations on governments.

In addition to the inevitable political disagreements over who would do what and how much, stands the problem of actually implementing measures against the three main sources of marine plastic waste: waste dumped and/or lost by the shipping and fishing industries, plastic waste in rivers, and coastal littering.

Discarded and lost items washing up on beaches in East Asia often come from ships and fishing boats flagged under various countries, and can include anything from plastic bags, ropes, nets, and floats to furniture and refrigerators. On Japan’s western coast, for example, much of what washes ashore comes from Chinese, Korean, and Japanese vessels and foreign coast lines. Many of these and other vessels in East Asia are operating in international waters, or increasingly in disputed waters. And many of the boats dumping plastic waste and/or losing/dumping fishing gear at sea are engaged in Illegal, Unreported and Unregulated Fishing (IUUF). IUUF continues to be a major problem largely because effective enforcement of domestic and international laws against it faces many obstacles; implementing measures against plastic waste being dumped and/or lost at sea will likely be even more challenging.

State capacity is one major problem with seeking to regulate plastic waste as the various international and regional attempts to control IUUF also have demonstrated; what states agree to do and what they can actually do are often two very different things. Another problem is that attempts to regulate waters where maritime boundaries are in dispute will likely either deter some governments from intervening, or risk escalating some of the many existing sovereignty disputes in East Asia and elsewhere.

The marine waste finding its way into the world’s seas and oceans from rivers and coastlines, however, may be more manageable than plastics dumped or lost at sea because it occurs within domestic jurisdictions on land. Plastic waste from rivers and coastlines also is the major source of the various items choking the marine environment, so reducing domestic litter would certainly reduce marine plastic levels. But as Japan’s own failure to control littering on its beaches and waterways demonstrates, changing social attitudes towards littering at home is not easy either, even in a wealthy and well educated society.

Anyone who lives on the Japanese coast (as this author does) can attest to the huge amounts of rubbish and discarded personal items Japanese holiday makers leave on the beach and at fishing spots every summer. The locals try to keep it under control but don’t have the numbers or resources to do so in many places, especially in rural areas. The widely held, and entirely wrong, notion that Japanese people don’t litter mistakes the relatively litter-free streets in urban areas as evidence of people not littering. The real reason for Japan’s (mostly) litter free city streets is less about the absence of littering and more about the many local residents keeping their own little patches clean every day.

As some researchers have noted, the best way to reduce the amount of plastic waste entering the environment is not to put it there in the first place, which means both educating people not to litter and making it easy for them to do the right thing by providing more efficient and convenient public sanitation services. So perhaps efforts to reduce marine plastic waste should start simply by focusing primarily on the best way to help and encourage national and local governments to stop people littering in their own backyards. Think global, act local anyone?

Beijing is weaving its story into hearts and minds in the region via influence campaigns that could impact democracy.
Bates Gill 9 Mar 2021 06:00

Mind the gap: views of security in the Pacific

An emphasis on “non-traditional” issues in the islands should not discount Canberra’s legitimate geostrategic concerns.