Over the last decade, a devastatingly effective assault against abortion access has been unfolding in the United States. 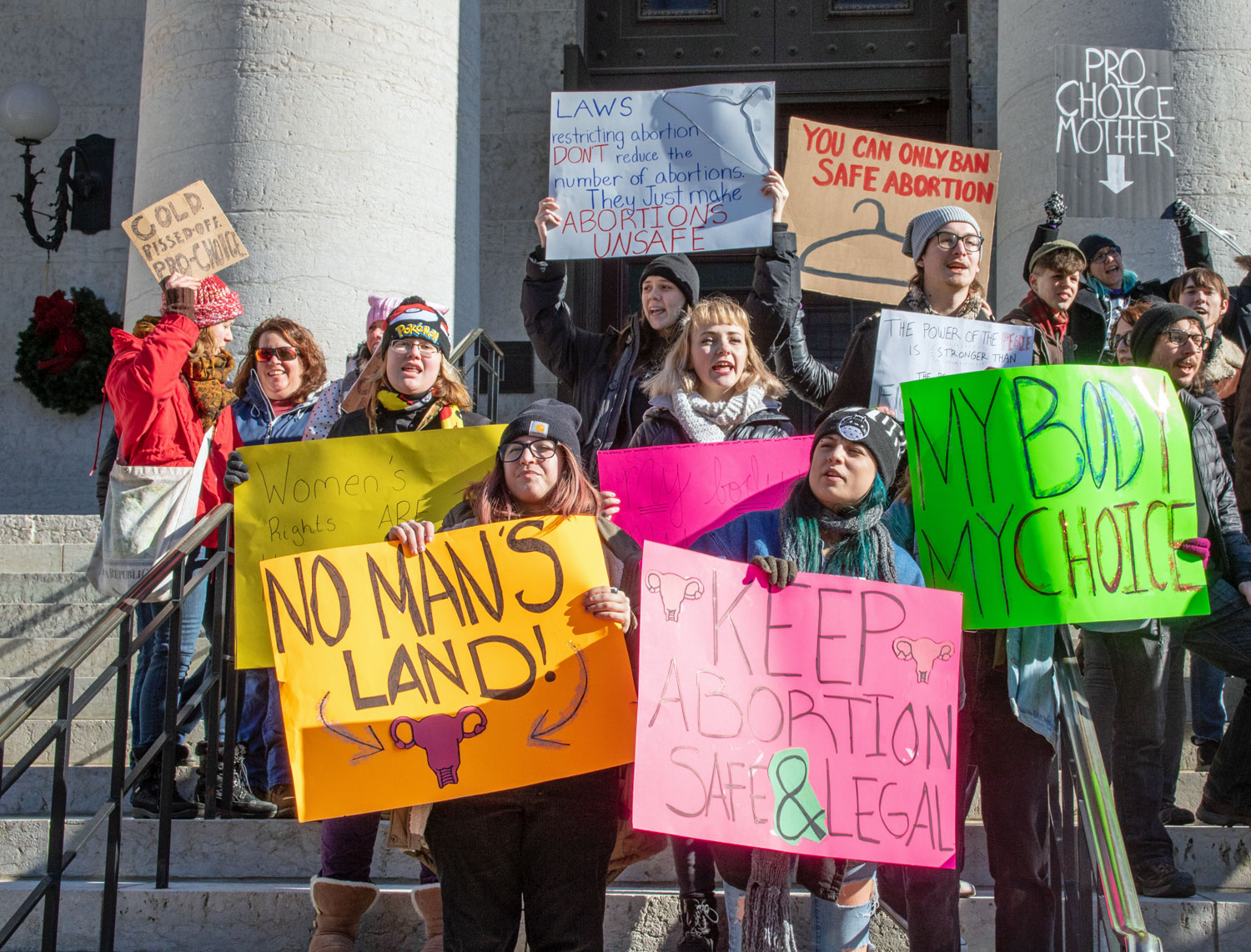 The last abortion clinic in Missouri is running on borrowed time. At the end of May, the state let the license lapse for Planned Parenthood of St Louis. On 21 June, the Missouri Health Department denied the clinic’s application for a permit to perform abortions. A preliminary court injunction allowing the clinic to continue performing abortions has been extended several times, now set to expire 1 August. If the clinic fails in its appeal, Missouri will be the first US state without an abortion clinic since 1974.

Over the last decade, a devastatingly effective assault against abortion access has been unfolding in the United States. Since the 2010 midterms and the conservative landslide at the state level, hundreds of new abortion laws have passed, most drafted and promoted by anti-abortion groups such as Americans United for Life (AUL). AUL pioneered Targeted Regulation of Abortion Provider (TRAP) laws, which reframe the pregnant person as a potential victim of predatory doctors and insist that abortion care providers require heightened levels of regulation and medical control. These laws are designed to be extremely difficult to fulfil and are opposed by leading medical bodies as medically unnecessary.

In the United Nations, the United States now regularly finds common cause on social issues with the “Axis of Medievals”.

TRAP laws represent an incrementalist right-to-life strategy that says nothing about the fetus or the constitution, instead working to remove reproductive rights from the inside out. They have had a profound impact. Between 2011 and 2016, over 160 abortion providers closed or stopped offering terminations. Currently, 90% of US counties do not have an abortion provider, and Missouri is one of six states with only one clinic. The Guttmacher Institute estimates that 59% of women of reproductive age (approximately 40 million Americans) now live in states where legislatures “have demonstrated hostility to abortion rights”.

With the election of Donald Trump in 2016, the landscape for abortion rights and access has become even more fraught. In addition to Trump’s provocative rhetoric and significant policy assaults on international and domestic family planning programs, he has filled two Supreme Court vacancies. There are now five Republican appointed justices on the bench, and many opponents of abortion believe that they have the slim majority needed to overturn the Supreme Court’s landmark decision in Roe v. Wade (1973).

In the first quarter of 2019, 378 abortion restrictions have been introduced in state legislatures, and 28 states are considering some type of abortion ban. To date, nine states have introduced strict new gestational limits: Alabama has outlawed abortion from the moment of conception, while Mississippi, Missouri, Ohio, Kentucky, Georgia, and Louisiana have banned abortion from six to eight weeks gestation (when a fetal heartbeat can first be detected by transvaginal ultrasound). These early abortion bans have attracted international attention, both for their draconian framing and because they are explicitly unconstitutional. They are an open invitation to the conservatives on the Supreme Court to revisit Roe.

Despite the enthusiasm of anti-abortion activists and legislators in states such as Alabama and Georgia, there have been no preparatory test cases to gauge Supreme Court sentiment. Some, such as Justice Clarence Thomas, have a very clear track record. In February, Thomas forcefully reiterated his longstanding opposition to legal abortion, describing Roe as one of the Supreme Court’s “most notoriously incorrect decisions”. Others, such as Chief Justice John Roberts, are more opaque. Evidence strongly suggests that Roberts is personally opposed to abortion. He has voted in favour of abortion restrictions, but has not written an opinion that talks about the future of Roe. He has a strong interest in the history and reputation of the court and has voted in ways that confound conservatives, notably helping uphold the Affordable Care Act in 2012. Roberts is widely seen as a potential swing vote on abortion.

Crucially, even prominent opponents of abortion, including leading Republicans, have criticised the new bans, generally on tactical grounds. Via Twitter, Trump distanced himself because many of the laws do not allow abortion in instances of rape and incest. AUL provocatively described heartbeat bills as the strategy “least likely to attract Supreme Court review”, while the National Right to Life Committee has remained strikingly silent on the wave of state bans. With good reason, they fear that an ill-timed or poorly strategized assault on abortion rights will be a significant setback for the cause.

Roe has survived multiple legal, political, and constitutional challenges. Despite the partisan polarisation surrounding abortion, for decades public opinion has indicated strong and stable support for legal abortion and Roe. Abortion also remains a relatively common health care procedure, and almost one in four American women will terminate a pregnancy over the course of their reproductive lives. Time will tell whether the current crop of sweeping abortion bans change anything in the American abortion wars. However, unless the erosion of access is not just checked but reversed, the constitutional right to abortion will be meaningless for an ever-growing number of Americans.

For decades, the American right-to-life movement has exported its ideas and strategies to an international audience. In 2017, a global summit centred on “Making Families Great Again” was held in Hungary, seeking to harness the rising power of right-wing nationalists in Europe and beyond. In the United Nations, the United States now regularly finds common cause on social issues with the “Axis of Medievals”. As David Smith notes, the threat to reproductive rights is now global. Learning from recent events in America, those threats are likely to come in the form of both dramatic bans and more covert efforts to erode access and provision. Both should be taken equally seriously.

Show Comments
Previous Article
The burden of friendship: Germany, Trump and NATO
Next Article
What a waste: the G20 and the plastic problem