The old “gentleman’s agreement” will likely hold, with a European to take the top job, settled by a backroom deal. 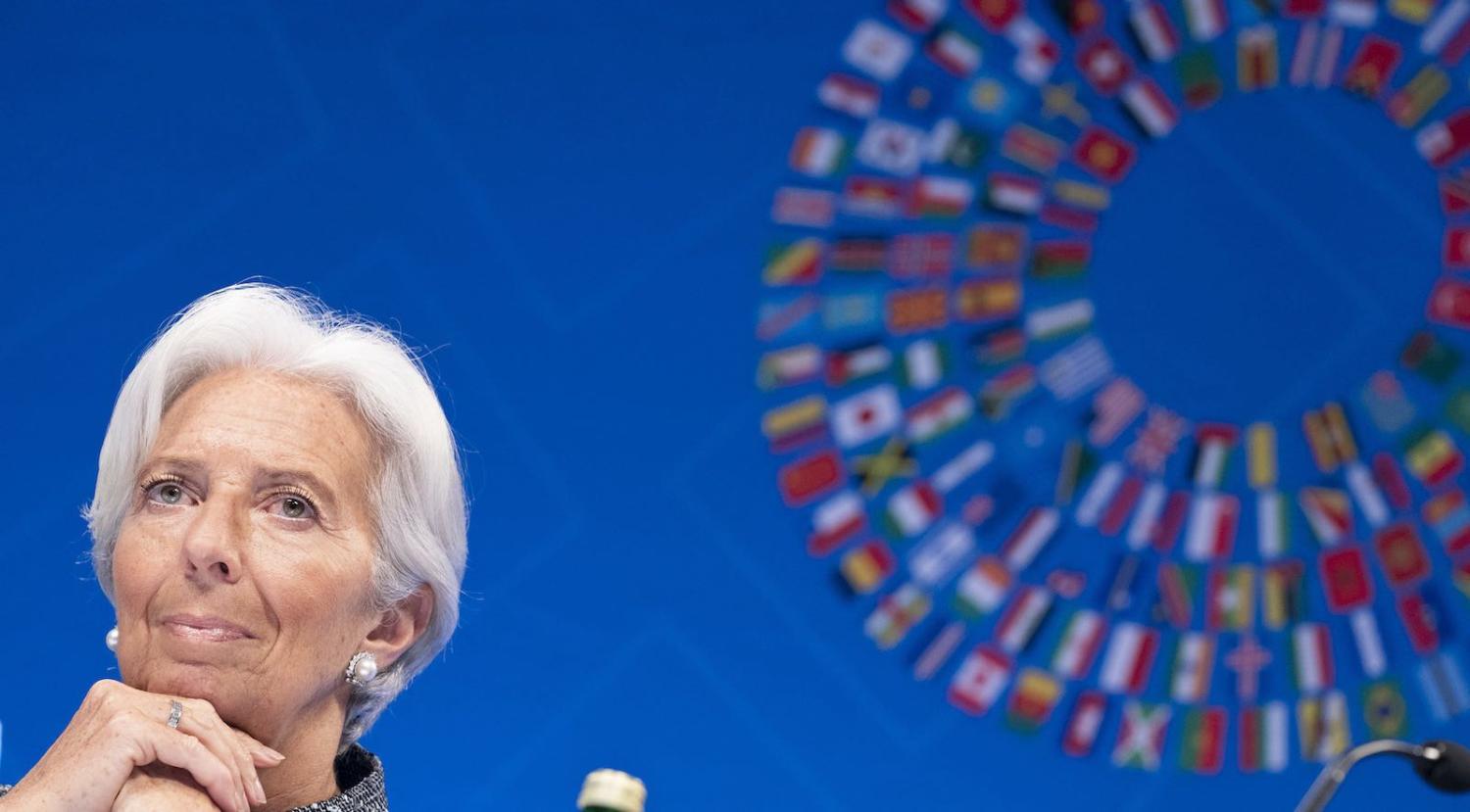 Who will take over the reins from IMF Managing Director Christine Lagarde (Photo: IMF/Flickr)
Published 8 Jul 2019

The race is on to see who will take over as Managing Director of the International Monetary Fund (IMF) following the nomination of the incumbent, Christine Lagarde, as President of the European Central Bank (ECB).

Will the informal gentleman’s agreement between Europe and America that has prevailed since the creation of the Bretton Woods institutions in 1945, and sees the IMF headed by a European and an American leading the World Bank, continue? Almost certainly. This, notwithstanding pressure that the governance structures of these international institutions should change in line with developments in the global economy, particularly the rise in importance of emerging markets.

Much of the commentary is about the candidate’s nationality rather than the relative attributes they would bring to the position.

Speculation over who will take over from Lagarde has produced a Melbourne Cup field of contenders. The prevailing view is that it will again be a European. The gentleman’s agreement continued with the recent appointment of an American, David Malpass, as President of the World Bank and as such it is assumed that America will not rock the boat and will support a European for the IMF position.

The European contenders include Mark Carney, the outgoing Governor of the Bank of England, who is a Canadian citizen but holds an Irish passport. Another is Benoit Coeure from France, a member of the Executive Board of the ECB. Still others include Mario Draghi, an Italian and the outgoing President of the ECB, Kristalina Georgiva, a Bulgarian who is currently Chief Executive of the World Bank, French Finance Minister Bruno Le Maire, former UK Chancellor of the Exchequer George Osborne, Jens Weidmann, President of the German Bundesbank, and Dame Minouche Shafik, an Egyptian born British/American who is the Director of the London School of Economics. There are many others.

Non-Europeans are being mentioned as possible candidates, too. Agustin Carsten is one such name, a Mexican who is General Manager of the International Bank of Settlements. Also mentioned is Tharman Shanmugaratnam, Chairman of the Singapore Monetary Authority and Senior Minister, and Raghuram Rajan, former Governor of the Indian central bank. Again, there are many others.

In discussing the chances of possible candidates, much of the commentary is about their nationality rather than the relative attributes they would bring to the position. For example, the focus has been on such nationality matters as: is Carney sufficiently European because he obtained an Irish passport (as did many UK citizens following the Brexit vote)? Or can another French national (Coeure or Le Maire) get up given the previous two Managing Directors came from France? Or can a candidate from central Europe (Georgiva) gain sufficient support from the rest of Europe? Or is a UK national (Osborne) a realistic European contender given Brexit? Draghi’s problem is his age, at 71 he is over the IMF age limit.

As for the non-Europeans, the main handicap is that they are not European. Emerging markets have a very poor record in supporting an emerging market candidate. When Dominique Straus-Khan stepped down as IMF Managing Director in 2011, there were two candidates, Lagarde and Carsten. Carsten did not receive endorsement from emerging markets other than Mexico, and Australia and Canada were the only major economies to support him. It is hard to see the emerging markets getting behind one candidate this time.

Against the background of long-standing angst that the governance processes of the IMF needed to be reformed, the Executive Board announced in 2016 that it had adopted an open process for selection of the Managing Director where individuals may be nominated by Fund Governors or Executive Directors, the Executive Board would draw up a short list, and the candidates would be interviewed by the Board to assess their relative merits. The Board would then make a selection, either by consensus or majority vote. Sounds good in theory, but it is irrelevant as to how the next Managing Director will be chosen. The backroom political deals will be done well before the Board gets involved.

To state the obvious, the aim should be to determine who is the best suited for the position, because it is a tough but important role. Chris Hafner from the professional services firm Grovelands, says the new Managing Director has to be “a tremendous communicator both politically and in the media, and able to take a far sighted view of markets and fiscal policy”.

Lagarde is widely considered to have been a successful Managing Director, although she has some critics. Peter Doyle, a highly critical former IMF employee, says her successor will have to deal with the messes she leaves behind, in particular a US$56 billion IMF loan to Argentina. In his view the criteria for the next IMF head should be “no European, no politician, no amateur”.

While the IMF has many shortcomings, Lagarde has demonstrated that its head has to have well-honed political, diplomatic and communication skills and be someone with a significant international presence. The Managing Director is afforded head of state status and must go toe-to-toe with the leaders of the major industrial economies, emerging markets and the smallest and poorest economies as well have the skills to build a consensus in very difficult circumstances.

Among the crop of potential candidates, the one best suited and with the required international status is Mark Carney, former Governor of the Canadian Central Bank, former Chair of the Financial Stability Board, and current Governor of the Bank of England. Should he get the position, it would be unfortunate if this was seen as being mainly because he was technically a European and this was the best chance of Europe maintaining its hold over the position. Conversely, it would be unfortunate if it was seen as maintaining the gentleman’s agreement that the IMF head should always be a European. That said, Carney would make a very good IMF Managing Director.

Previous Article
What a waste: the G20 and the plastic problem
Next Article
Chernobyl: the continuing political consequences of a nuclear accident

Australia needs to be very wary of how Donald Trump’s “unbelievable deal” will play out.
Aristyo Rizka Darmawan 19 May 2020 14:30

North Korea poses a challenge for regional security, and so often China has stood to benefit from such instability.