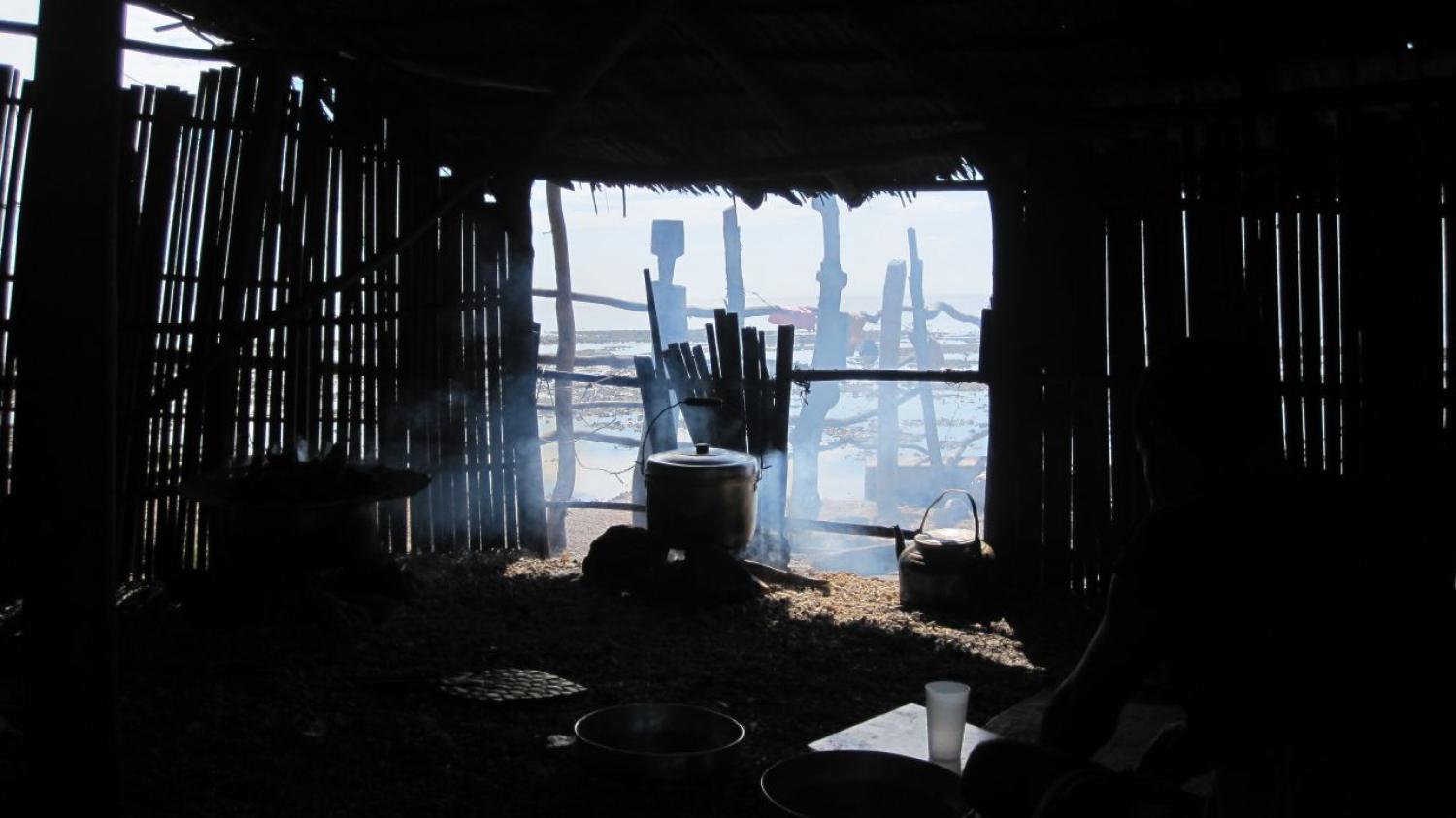 Concern for the “the pots and pans” may mean women struggle to flee violence as quickly as they should (Photo: Clement Bourse/Flickr)
Published 18 Jul 2019     Follow @n_george2

When so many external “experts” have contributed reflections on the violence last week in Papua New Guinea’s Hela province, there is, I recognise, a point where another outsider does little more than fatigue and enrage local people. Nonetheless, I feel motivated to contribute to debate on the recent Karida village attack because I am concerned that little attention has been devoted to understanding the reasons why women and children where the predominant victims of this tragedy.

I therefore enter the debate as someone who has researched gender and conflict in the Pacific islands for nearly two decades, and who has tried to think about the gendered dynamics of conflict and insecurity more generally. I do not claim expertise about PNG or Hela particularly, nor do I seek to contest assessments made by others. To do so would be a profound dishonour to those whose lives have been lost. Rather I offer some tentative gender analysis in the hope this might assist our collective thinking on these events.

To imagine that women’s insecurity in particular can be improved by increasing the presence of police in this region belies a far more complex reality.

Let me briefly survey what has been said so far. We have heard a great deal about the nature of tribal fighting in this region and the specific acts of violence that may have been triggered, some suggest, by land disputes that have amplified as extractive industries have entered the area. We have been informed about the scarce presence of state police which, as Prime Minister James Marape noted in the wake of the attacks, number only 60 for Hela’s population of 400,000. We have also learnt more about the illicit traffic in weapons and ammunition in this region and how this makes disputes in this region more deadly.

Why women and children were targeted remains more of an unresolved puzzle in the commentary so far. This aspect of the violence has shocked many local spokespeople who describe the direct targeting of women as unprecedented. Certainly the deadly scale of this attack does feel like something new. Yet lessons from the experience of other conflicts in the Western Pacific can also show where and how gendered socio-economic and political structures make women and their dependents particularly vulnerable to violence when conflict-related insecurity is on the rise.

For example, my experience researching the gendered impacts of the long conflict in Bougainville, a context where women were also frequently exposed to war-related violence, has taught me that where insecurity threatens, women often discuss familial responsibility rather than personal safety. This means that in a context of rapidly escalating risk, men may be quick to flee, often swiftly reaching for some form of weapon with which to defend themselves and their families.

By contrast, women may put off the point of departure to gather together material goods, “the pots and pans” as one of my interlocutors put it, that they need to ensure the safety and well-being of their families. Only with these in hand, will they leave their dwellings. Encumbered by more material goods, women may struggle to flee as quickly as the men in their communities and violence may catch with them.

This sense of familial responsibility is not simply innate to women, however. My research on women’s roles in conflict has also taught me that it is powerfully reinforced by strong normative structures which endow women with social standing when they act as “dutiful” and “selfless” mothers and wives, but which also see those women who prioritise their own well-being over that of their families branded by as negligent, selfish and “bad women”.

From published commentary in the wake of the Karida attack it is clear that women’s attachments to their village and dwelling places were powerful. One village spokesman, described the women killed as the “anchors” of his community, going on to explain that it was the women who ensured the continuity of village life while men were absent pursuing economic opportunities further afield. This socio-economic attachment to the village and home may have also contributed to the vulnerability of Karida’s women and children in this incident.

Research has shown how, in Melanesian societies, gendered expectations tend to normalise men’s integration into the cash economy and, in this context, men’s mobility for employment, perhaps in nearby mining ventures. Industrial scale mining has not been a lucrative industry for PNG’s women it is true, and women’s mobility is not as great, but this does not mean that women are not economic actors in such contexts. Rather, they may be more likely to take responsibility for localised forms of economic exchange of their food garden produce, livestock and handicraft production. But this, again, reinforces their disinclination to take flight rapidly when violence threatens. Rather, they may choose to stay in place to protect their usually limited economic resources which are likely located close to their dwellings.

It is also important to reflect upon the gendered consequences of arms proliferation. Experience researching women’s experiences of conflict in Bougainville and Solomon Islands has taught me that a ready availability of arms can easily overturn the long-standing authority structures that have previously functioned to curb excessive acts of violence in general, as well as acts of violence perpetrated against women. Customary protocols and traditional authority structures can become fragile in these circumstances and the use of force easily displaces other longstanding and more conciliatory processes of customary dispute resolution often led by community elders and sometimes women. Sister Lorraine Garasu famously described the vulnerable situation of women in Bougainville in this type of context as life where women’s safety was continually negotiated “between two guns”.

Finally, as part of the effort to bring those who caused this loss of life to justice, as well as to generally ensure order is restored to the region, a large policing presence has been swiftly deployed in the violence-impacted area. But to imagine that women’s insecurity in particular can be improved by increasing the presence of police in this region belies a far more complex reality. Reports of policing operations in PNG (Violence against women in PNG: how men are getting away with murder) as well as in other parts of the Pacific have consistently made clear the extent to which police officers often pose their own threats of to the physical security of women. Fear of police violence may disincline women to interpret a state show of force as something that will guarantee their safety.

The scale of the terrible violence experienced in Karida village may be unprecedented, but gendered violence is part of the history of violent conflict in the Pacific as well as many other parts of the world. Of course, distinctive local factors explain how and why circumstances evolved to their tragic endpoint early last week. But if there is a productive way forward, it must be identified in ways that recognise the gendered structures which compound insecurities faced by women and children in conflict generally. To do otherwise means we may be missing a vital component of this immensely sad and troubling puzzle.

Previous Article
How Indonesia finds itself in the middle of a US-China trade war
Next Article
After the voting, personality beats policy in Southeast Asia

How Russia loses allies amid the war in Ukraine

Setbacks in the Kremlin’s campaign are causing regional supporters to think twice about the Eurasian military alliance.
Ian Hill 21 Apr 2022 10:00

Russians doubt what they are told about the Ukraine conflict yet their view is still shaped by relentless propaganda.
Alexander Harper 20 Apr 2018 06:30

Non-state actors using drones that cost a couple of grand to build are now pitted against some of the world’s most expensive and sophisticated weaponry.