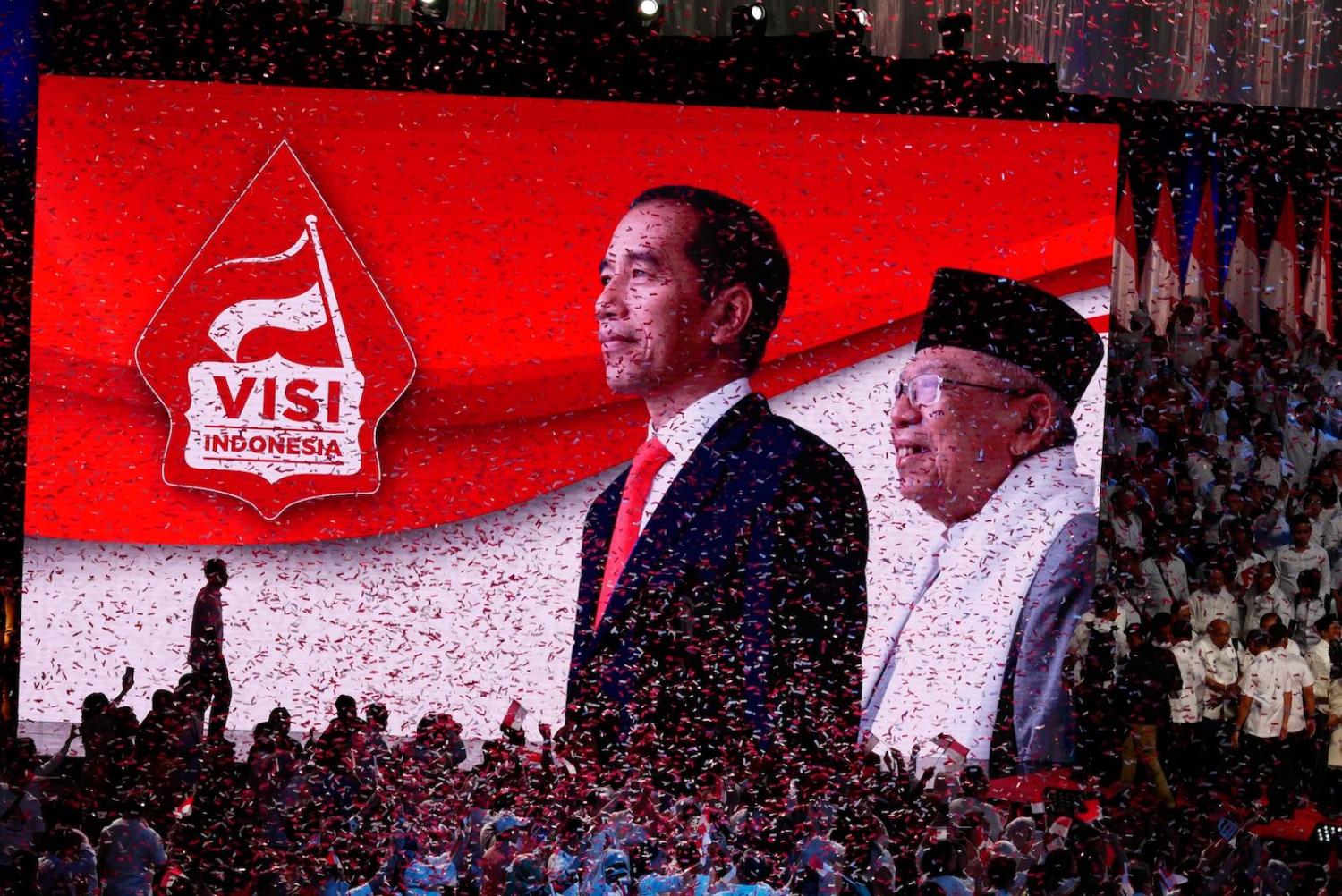 President Joko Widodo, best known as Jokowi, just won the presidential election and will officially start his second term in October. Much of his economic homework is still outstanding, one of the most significant how to deal with the impact of trade war between the US and China.

The International Monetary Fund has described the US-China trade tension as the major source of global economy uncertainty. There has been a weakening in international trade, a fall in business confidence, and sluggish investment in developing economies, all of which has led to a revised prediction of global economic growth. Indonesia, like many countries, is caught between.

For Indonesia, China and US are the two of its main trade partners and the multiplier effects of the trade war has put pressure on the ability to achieve Jakarta’s desired growth target.

Under Donald Trump, US trade policies seem to no longer act as the main supporter of the world economic order. The US trade deficit with China was the excuse for the imposition of tariffs on Chinese exports, only for Beijing to retaliate in kind. But US is not only targeting Chinese products – Trump has also been investigating trade with other countries.

Of course, the issues go beyond the trade deficit. Geopolitical tensions are also at play, with China’s Belt and Road Initiative, the South China Sea dispute, and activities of telecommunications company Huawei issue all tangled in the dispute. The economic and technological power of a rising China is considered a threat to the US and fuelling anxiety about a loss of American dominance.

For years, Asian nations, including Indonesia, have benefited from an open and rules-based trading system. The disruption and shock created by the US-China trade disputes has derailed faith in what was the global trading system. Many doubt the trade war will be a solution for trade imbalances, and instead believe the tension between the US and China will eventually weaken both countries’ economies and the damage will spread.

For Indonesia, China and US are the two of its main trade partners and the multiplier effects of the trade war has put pressure on the ability to achieve Jakarta’s desired growth target. Although trade is not the major contributor to Indonesia’s GDP, further escalation of global trade tensions will pose a risk. Indonesia recorded an economic growth rate of 5.17% in 2018, the highest for the last five years and mainly supported by strong domestic consumption. According to Asian Development Bank’s most recent Asian Development Outlook, Indonesia’s economy is expected to continue to grow at 5.2% this year, and 5.3% in 2020. That would place it among the top G20 countries.

Jokowi has expressed concern about Trump’s tariffs and has called for policy coordination and a multilateral approach to address trade imbalances. Indonesia sees cooperation and collaboration as the best option, rather than the rivalry and competition of a zero-sum game. From Jakarta’s perspective, decades of increasing globalisation based multilateral cooperation have delivered a positive impact on trade and investment, including to ensure all parties share responsibilities.

A little over a month ago, Jokowi invited the members of the Association of Southeast Asian Nations to unite in forestalling the US-China trade war and to maintain regional stability. This call was carried to the G20 leaders meeting in Osaka, with a majority of countries expressing a shared concern about the trend of increasingly protectionist policies, while affirming a commitment to international trade and the role of multilateralism in the global economic system. This underlined the importance of the G20 to provide a positive message on trade, as well as supporting the multilateral trading system with proposals to reform the World Trade Organisation.

Faced with escalating global trade tension, Indonesia has adopted a strategy to minimise the risks and optimize the benefits. Despite being active in multilateral forums to achieve global common goals, Indonesia also has several national strategies towards managing the trade war impacts.

First, Indonesia is expanding its export volume and markets. Indonesia has been active in negotiations for regional and bilateral economic agreements, such as with Australia, Chile, Argentina, and the European Union.

Second, there is recognition that the US-China trade war could potentially benefit the Indonesian economy, through the relocation investments or expansion of factories in Indonesia away from China. A report by the ASEAN+3 Macroeconomic Research Office (AMRO) released in May suggested the Southeast Asia region has become the main destination for investment relocation from China.

Indonesia should be able to improve its labour productivity and create a conducive investment climate to attract more investors. But ultimately, international trade should not be defined where one country gains at the cost to all others. It’s a point Jokowi must keep reinforcing.

Previous Article
Australia’s alliance with the US is defined by more than one President
Next Article
Karida village killings: violence and the vulnerability of women

Arvind Kejriwal is fast becoming the most well-known local politician in India and proving a headache for the BJP.
Terence Roehrig 21 Nov 2017 12:30