Asia has acquired yet another flashpoint, one that China has deliberately picked at a time and location of its choosing. 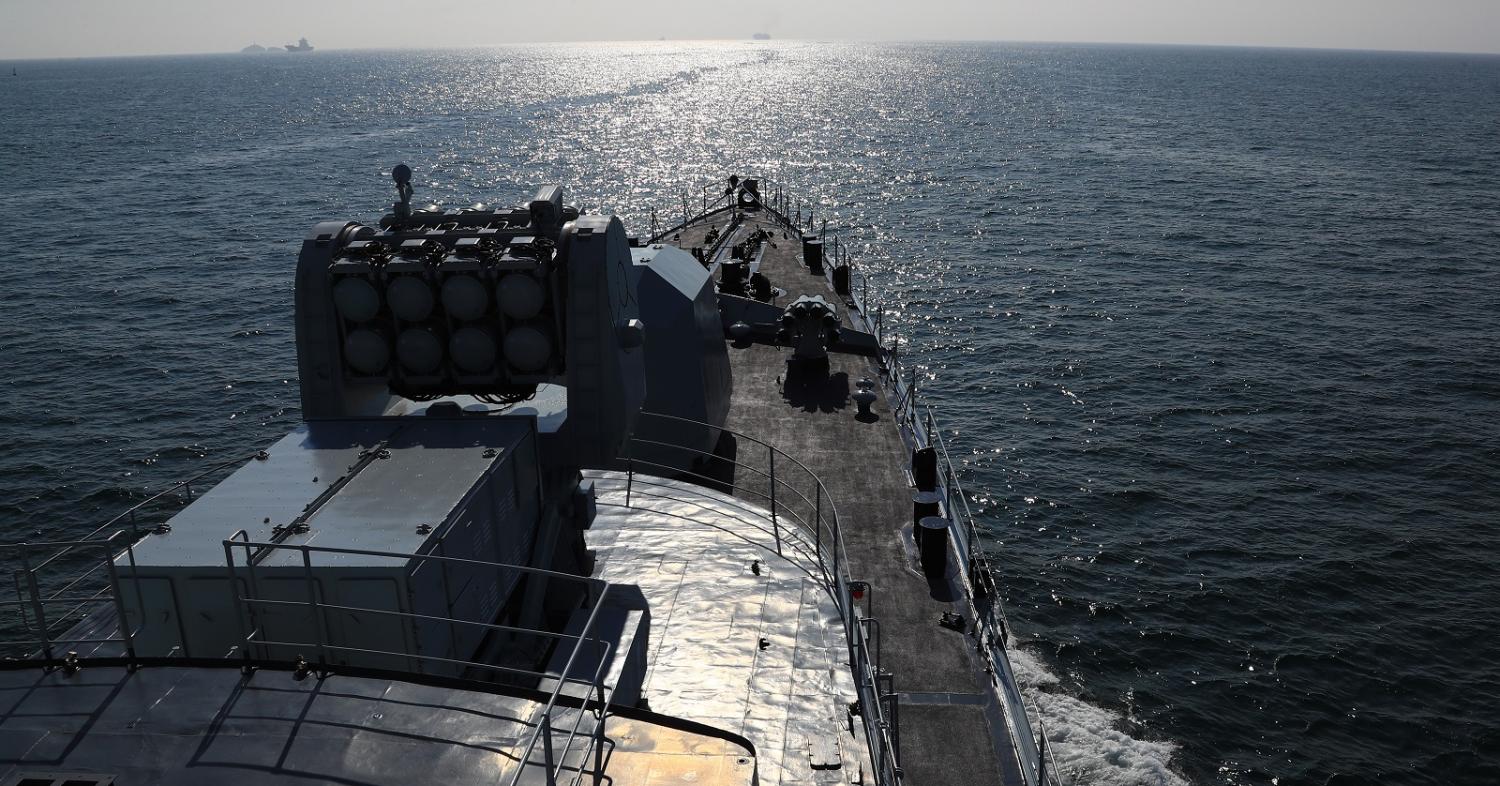 Something significant is happening in the South China Sea. Philippine media has reported that, over the past week, a flotilla of Chinese fishing vessels, accompanied by PLA Navy frigates and Chinese Coast Guard vessels, have maintained a presence very close to Thitu (which Manila calls 'Pagasa'), the largest feature occupied by the Philippines in the Spratly Islands.

While none of the territorial claimants to the Spratly Islands have formalised claims to territorial seas from the features they occupy, a close-in naval and paramilitary presence of this nature is still highly provocative, and totally at variance with China's official narrative that the South China Sea is enjoying a period of relative tranquility following the recent adoption of a framework Code of Conduct between Beijing and ASEAN.

According to a timeline published by GMA News, the Chinese vessels began arriving on 11 August. Since 15 August at least one PLA warship has conducted shipboard helicopter overflights of a number of sand bars immediately to the west of Thitu. Thitu is situated just over 12 nautical miles away from Subi Reef. Subi is now host to one of seven artificial bases built up by China since 2013, but in its natural state is a submerged feature at low tide and therefore incapable of generating its own territorial sea.

The Asian Maritime Transparency Initiative (AMTI), based at the Washington think tank CSIS, has posted an analysis of the situation, including satellite photographs made public by a Philippine parliamentarian, Gary Alejano. [CORRECTION 19/08: The photos in the AMTI report are not the same as those made public by Alejano]. Alejano has alleged that 'The Chinese may have a sinister plan to occupy sandbars just west of Pagasa that belong to us.' He also told GMA news that 'a Philippine government ship from BFAR (Bureau of Fisheries and Aquatic Resources) was prevented by Chinese fishing vessels from going near our sandbars located generally west of Pagasa Island, around two to seven miles away'.

One plausible (though hardly reassuring) interpretation of the Chinese activity, offered by AMTI, is that Beijing is engaging in a coercive demonstration around Thitu in order to dissuade the Philippine authorities from carrying out long-planned repairs and extensive infrastructure upgrades. Thitu is the site of the only runway among the Philippine-occupied features in the Spratlys, but it is in poor condition.

However, there remains a possibility that China is preparing to blockade or even to land on one or more of the unoccupied sand bars to which Alejano refers. If it is indeed the case that a BFAR vessel has been turned away by Chinese vessels, that would suggest a similar modus operandi to the seizure of Scarborough Shoal in 2012, which triggered sustained tensions between Manila and Beijing as well as prompting questions about the effectiveness of US policy in the South China Sea.

One of the sand bars in question is Sandy Cay, which came to prominence in the aftermath of the first US Navy freedom of navigation operation in the area, conducted by the USS Lassen, in the vicinity of Subi Reef and other nearby features, in October 2015.

As I flagged in a post back then, one potential inadvertent consequence of the US emphasis on 'innocent passage' for that initial FONOP was to shine a strategic spotlight on Sandy Cay as an unoccupied high-water feature that could hold the key to legal title over Subi Reef. Subi cannot generate its own territorial sea, but it has the potential to 'bump out' out a territorial sea claimed from Sandy Cay, because the distance between them (unlike Thitu) is less than 12 nautical miles. Beijing is certain to have taken note of this.

China’s ongoing maritime activity around Thitu is worrisome in its own right because it is coercive in nature. However, if the objective of the operation is to occupy Sandy Cay, that would mean a significant escalation in tension in the South China Sea. Asia has acquired yet another flashpoint it could well do without. Moreover, it appears to be one that China has deliberately picked at a time and location of its choosing.

In depicting American democracy as chaotic and dysfunctional, the state media has sought to bolster its narrative of domestic stability.
Sam Roggeveen 25 Nov 2019 06:00