Those familiar with the chequered history of Pakistani politics are nervous about what lies ahead. 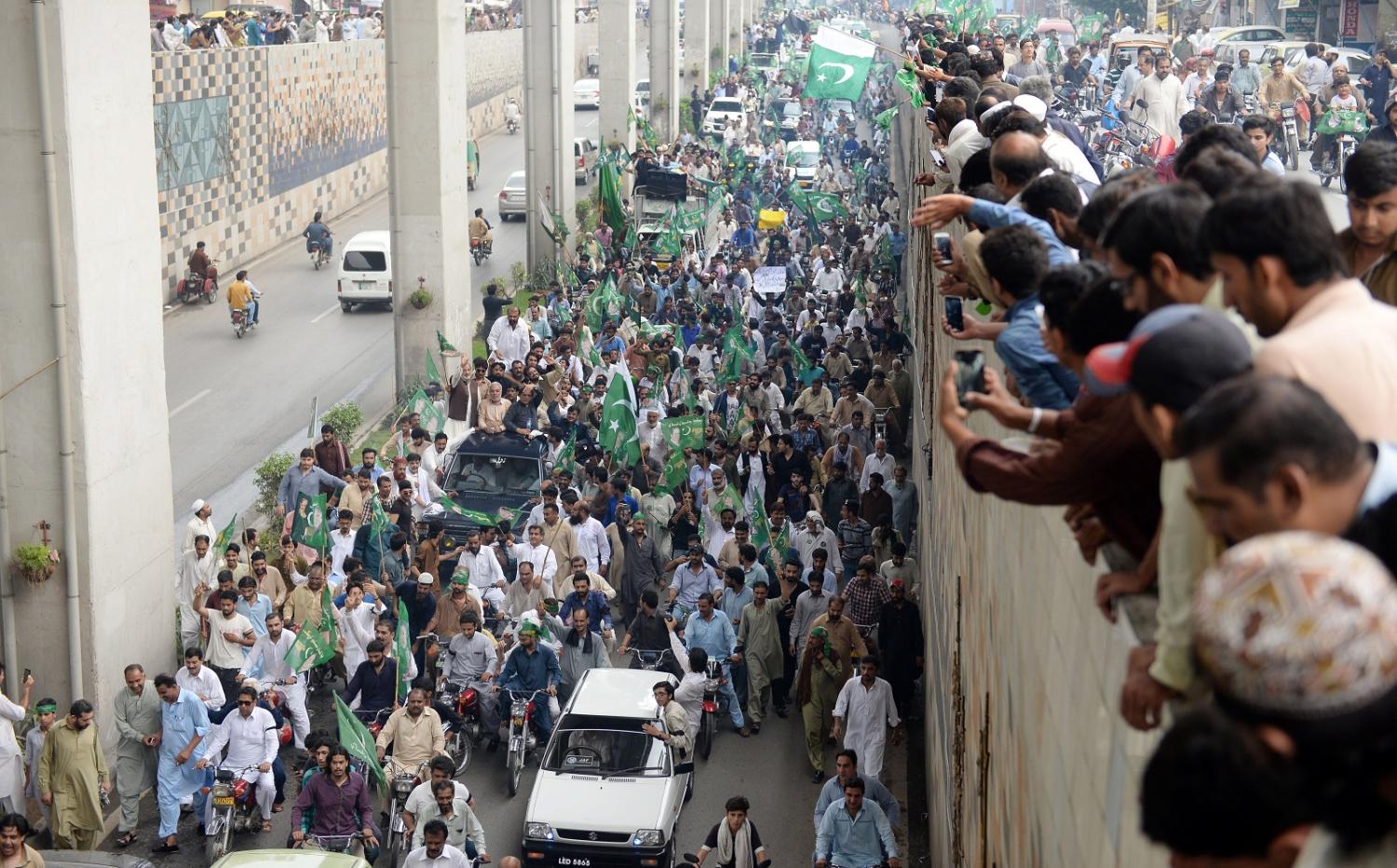 The forced exit of Nawaz Sharif has left Pakistan at a cross roads. The tensions between the military establishment and civil leadership that had become a feature of Sharif's third term as Prime Minister are likely to worsen.

Even before his departure on Friday, the ongoing investigation into the corruption allegations against Sharif and his family, triggered by a report from the International Consortium of Investigative Journalists known as the Panama Papers, had taken a toll.

He had heart surgery last year as the opposition ratcheted up the pressure through mass protests. And on the world stage, he was snubbed at the Riyadh Summit in May this year, not allowed a meeting with the US President Donald Trump and barred from giving a prepared speech.

Last week's Supreme Court's verdict that removed Sharif from office was not a surprise for either the ruling party or the opposition. It was clear the Sharif family had failed to provide the money trail for expensive property bought in London, and that many of the documents they had submitted were fake or tampered with. In the end, the PM was found to have been an office bearer in a Dubai based company - owned by his son - and this was the trigger for his downfall as it was not declared in his nomination for election. The Court declared him to be disqualified as a member of parliament - for life.

No political party in Pakistan has ever come into power without the tacit support of military establishment. Sharif first came to prominence back in 1981 when he was appointed Minister for Finance in Punjab province by the regime of military dictator Ziaul Haq. Prior to that, Zulfikar Ali (ZA) Bhutto (PM from 1973 - 1977) was a favourite of generals.

Dynastic politics are common in South Asia. ZA Bhutto’s daughter Benazir Bhutto and then her husband, Asif Ali Zardari, ruled the country. Shehbaz Sharif, brother of the ousted PM, was thrice made the chief minister of Punjab, the country’s largest province. Nawaz Sharif wanted his daughter to carry on his legacy by becoming prime minister after 2018 election. The plan, however, is now dust after the investigation with Maryam facing criminal proceedings with other accused members of family. But still it all remains in the family. Shehbaz Sharif, currently chief minister of Punjab, is being positioned to become the permanent successor. The plan is to pass on his current job as Punjab chief minister to his son, Hamza Shehbaz Sharif. However Shehbaz will have to win election to National Assembly to become PM and his son, who is a member of National Assembly, will have to contest election at a provincial level to become chief minister. What if either of the two fails to win?

The Sharif family has prevailed in Pakistan politics by making deals. Prior to his current disqualification, Nawaz was twice forced to exit on corruption charges. But he made a comeback by getting the charges exonerated from courts. This time, however, the courts are not in mood to give him a pass. In addition to disqualifying him, the Supreme Court also ordered the National Accountability Bureau to file actions against him and his family which must be ruled on within six months. The progress of these proceedings are to be monitored by a Supreme Court judge, meaning it will be much more difficult for the Sharifs to make a deal.

It is pertinent to mention here that the army has dominated Pakistan's 70 years existence and every coup has been sanctioned by judiciary. Nawaz Sharif's premature dismissal could be due to increasing tensions between the civil and military leadership. The ousted leader's ‘softer’ approach towards arch rival India has raised those tensions. In October last year The Dawn newspaper published a report on a National Security Committee meeting in which the government allegedly accused the army of helping some terror outfits. The inquiry report into what came to be known as the Dawn Leaks was at first rejected by the military but later accepted. The Prime Minister’s special assistant Tariq Fatmi was held responsible for the leak and supposedly sacked. Later, however, it came to light that he had continued to work for the PM. This led to further distrust between the military and the government. That trust deficit may increase.

Who has benefited from the situation? The most obvious answer is the cricket-star-turned politician Imran Khan and his party Pakistan Tehrik Insaaf, which in the 2013 election emerged as the second largest party in country. The political advantage Khan has gained might be short lived as he too faces charges that could lead to disqualification from the National Assembly. For now though, he is in campaigning mode. On Sunday Khan held a huge thanksgiving rally in Islamabad and laid out his plan for victory in the next election. With Nawaz Sharif gone, Kahn now wants Asif Ali Zardari, the chairman of the Pakistan People’s Party that rules Sindh province, investigated for corruption. Another political battle may start.

Khan's popularity has increased in the last four years. He has changed the political culture of Pakistan as for the first time women started participating in political rallies and he has a large following  among college and university students.

The political temperature in Pakistan will remain high until the next general elections which can take place any time within the 90 days after 5 June next year. A case has already been filed against the interim prime minister, Shahid Khaqan Abassi.

Meanwhile, China’s planned infrastructure investments totalling around $50 billion will go ahead. When questioned by media on Friday, a Chinese Foreign Ministry spokesman said: 'The all-weather friendship between China and Pakistan has withstood the test of times. We believe that the China-Pakistan strategic cooperative partnership will not be affected by the change of the situation inside Pakistan.'

This statement has gone some way to temper fears there might be economic instability as well as political turbulence. There is some cautious optimism about the winds of change. But those familiar with the chequered history of Pakistani politics are nervous about what lies ahead. 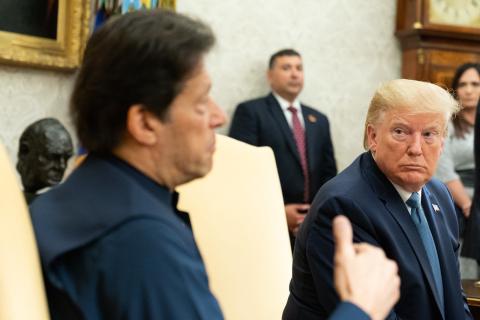 Previous Article
Is the relationship between growth and inflation shifting?
Next Article
Article 66(d): A menace to Myanmar’s democracy

Trade figures suggest promises to “have Australia’s back” are yet to be matched by economic solidarity.
Sam Roggeveen 6 Jan 2017 08:47

The Interpreter's best of 2016: US election

The US election was a dominant theme on The Interpreter in 2016.