The fetters on Myanmar’s democracy are many, but while most are in the hands of the military, Aung San Suu Kyi's party could reform Article 66(d) tomorrow. 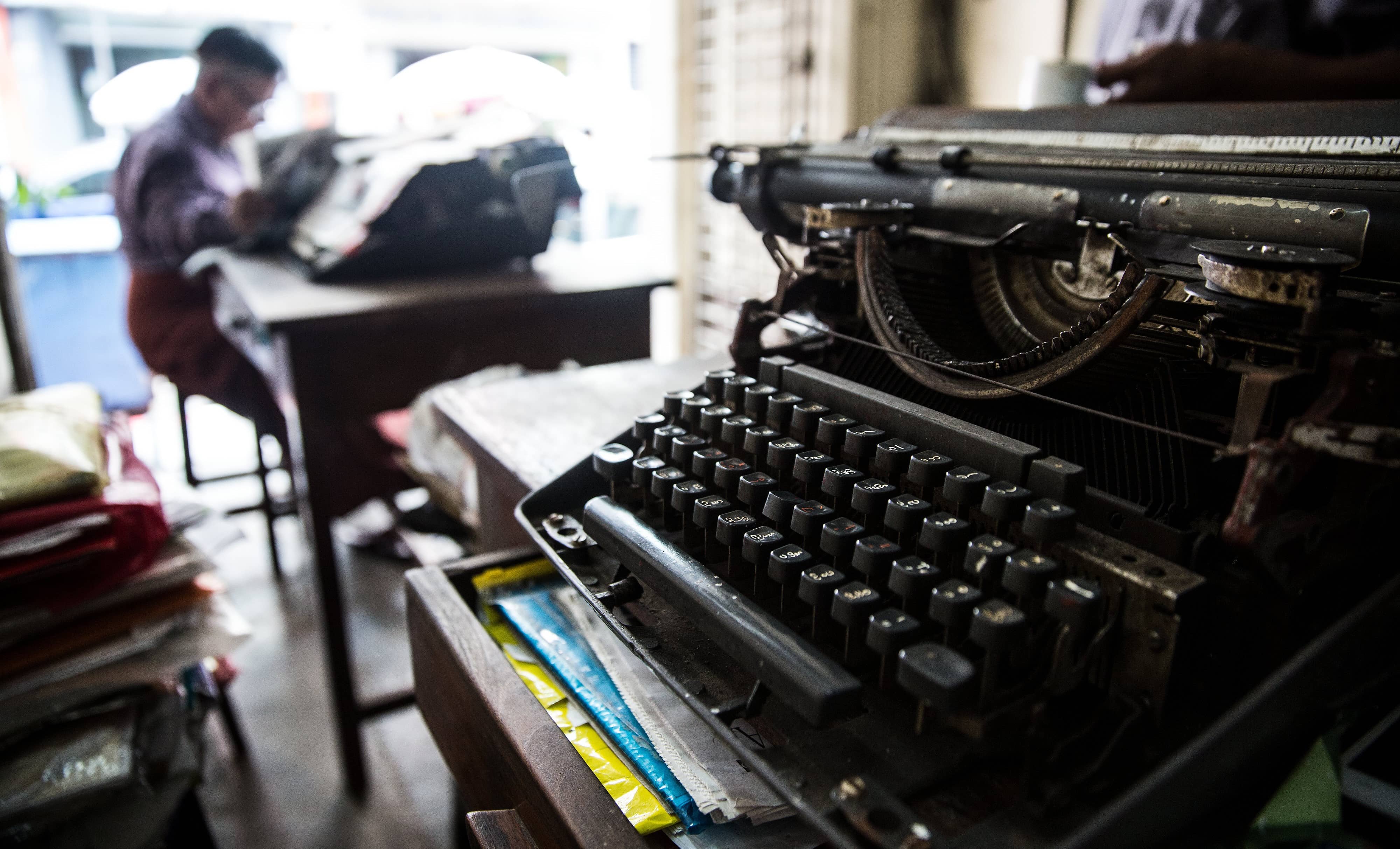 The fetters on Myanmar's democracy are many. The 2008 constitution gives the military 25% of seats in parliament; it gives the military control over three of the most powerful ministries; it forbids Aung San Suu Kyi from becoming President. The military is prosecuting wars in the north and the Rohingya are suffering massive human rights abuses in the west. A clause in the 2013 Telecommunications Act is being used to silence criticism and debate.

One of these things is not like the others. The first five are entirely in the hands of the military, an organisation deeply ambivalent about democracy and generally opposed to devolution of powers to ethnic minorities. Amending the 2008 constitution requires a 75% majority – in other words, military support. Internal security, including dealing with restive regions, is entirely under military control. Conversely, Article 66(d) of the 2013 Telecommunications Act could be eliminated by Aung San Suu Kyi's party tomorrow.

Article 66(d) is a clause that allows up to three years in prison for 'extorting, coercing, restraining wrongfully, defaming, disturbing, causing undue influence or threatening any person using a telecommunications network'. Since it was passed, and with much of Myanmar now hooked on Facebook, it has been used to prosecute over 70 individuals for defamation – but only seven of these cases took place between 2013 and 2015. Since the National League for Democracy came to power in April 2016, there has been an explosion of defamation lawsuits.

This uptick in cases has led to modest street protests in Yangon as well as online campaigning. A coalition of some 22 civil organisations launched a campaign in early July to encourage citizens to voice opposition to the law, perhaps increasing pressure on the government to do something. Parliament began debating the act later that month. Some lawmakers support a full repeal, though as it appears only amendments are on the table for now.

There are three key problems with the law, besides the main fact that it criminalises defamation. First, the language is far too vague. 'Disturbing' someone? 'Causing undue influence'? It is not clear what these mean. Moreover, 'use of a telecommunications network' has come to be interpreted as any use of the internet, such that merely sharing a Facebook post that casts someone in a negative light can be grounds for prosecution. This occurred again this month when two NLD executives from Lewe Township shared a photograph of another local administrator, Tin Htay, as he underwent trial for misappropriation of public funds. It doesn't appear to matter that Tin Htay actually was in court proceedings under those charges.

That suit was apparently filed by Tin Htay's uncle, bringing us to a second problem with 66(d) – it allows for third-party charges to be filed. So, for example, in March Myanmar Now Chief Correspondent Ko Swe Win wrote a Facebook post-criticising the nationalist monk Wirathu, who praised the assassins of prominent lawyer Ko Ni. One of Wirathu's followers opened a suit under 66(d). This suit was dropped soon thereafter, but it illustrates how public persons can avoid reproach for suppressing freedom of speech by passing the buck to affiliates or surrogates.

Finally, had that suit gone ahead, Ko Swe Win would have faced imprisonment without bail, as do others charged under the law. This is the fate of two other journalists: Than Htut Aung, Chief Executive Officer of Eleven Media Group, and Wai Phyo, Chief Editor of the Daily Eleven newspaper. They have been in jail since 11 December 2016 while they await trial over a column that suggested Yangon Chief Minister Phyo Min Thein received a designer watch in exchange for approving a development project.

Making 66(d) violations a bailable offense is one of the major issues being debated in parliament right now; even then it doesn't mandate the granting of bail. Other slight modifications to the language are being discussed, as is the right to bring lawsuits by third parties. Most activists agree the moves won't fix the problem and in some cases might even make things worse.  Moreover, the process has been slow – a parliamentary commission on the matter submitted recommendations in November.

This state of affairs seems surprising, given that the NLD and its leader Aung San Suu Kyi were global icons of democracy for so long. With control of the parliament and party discipline so strong no whipping is needed, why not push through a change to the 2013 Telecommunications Law? Why not remove this obvious constraint on freedom of speech and democracy?

There are likely two reasons. First, the military enjoys having the law on the books, as made clear by military lawmaker Major Thet Min Oo this week. He said that 'amending the law to allow bail for offences…tends to suggest that the legislative branch is exerting influence over the judiciary'. He may be muddled on what legislatures are supposed to do in a democracy, but the message couldn't be clearer: the military wants this law left alone.

Aung San Suu Kyi has been extremely cautious since the 2015 election to not antagonise the military. It's partially why she has been quiet on the Rohingya issue, seems to be on the military's side in the peace process, and no longer talks much about constitutional reform. For a number of reasons, she may have felt the need to not pick a fight over 66(d) with the military.

The second possible reason for this tepid debate in parliament is more disturbing. Many 66(d) suits involve criticising or poking fun at the military, but other suits have involved criticism of prominent NLD members, such as President Htin Kyaw, Win Htein and Phyo Min Thein.

In April, a man was sentenced to six months for sharing a graphic that had the NLD logo and said Win Htein was retiring because of health problems. In September 2016 a man received nine months for calling Htin Kyaw an 'idiot' and 'crazy'. Phyo Min Thein and Win Htein have also explicitly rebuked journalist activists over their focus on 66(d).

The sad fact is that the civilian leadership of Myanmar are perhaps also enjoying the protection from criticism that 66(d) affords. Given that much of the shine has come off the NLD since they took power (particularly over the Rohingya issue) eliminating 66(d) would be a quick and easy way to win some foreign accolades again. Its effect on domestic journalism and dialogue would be far more profound.