Chipping away at trust in democracy

Without a greater level of political care, threats to the brittle foundations of democracy will grow. 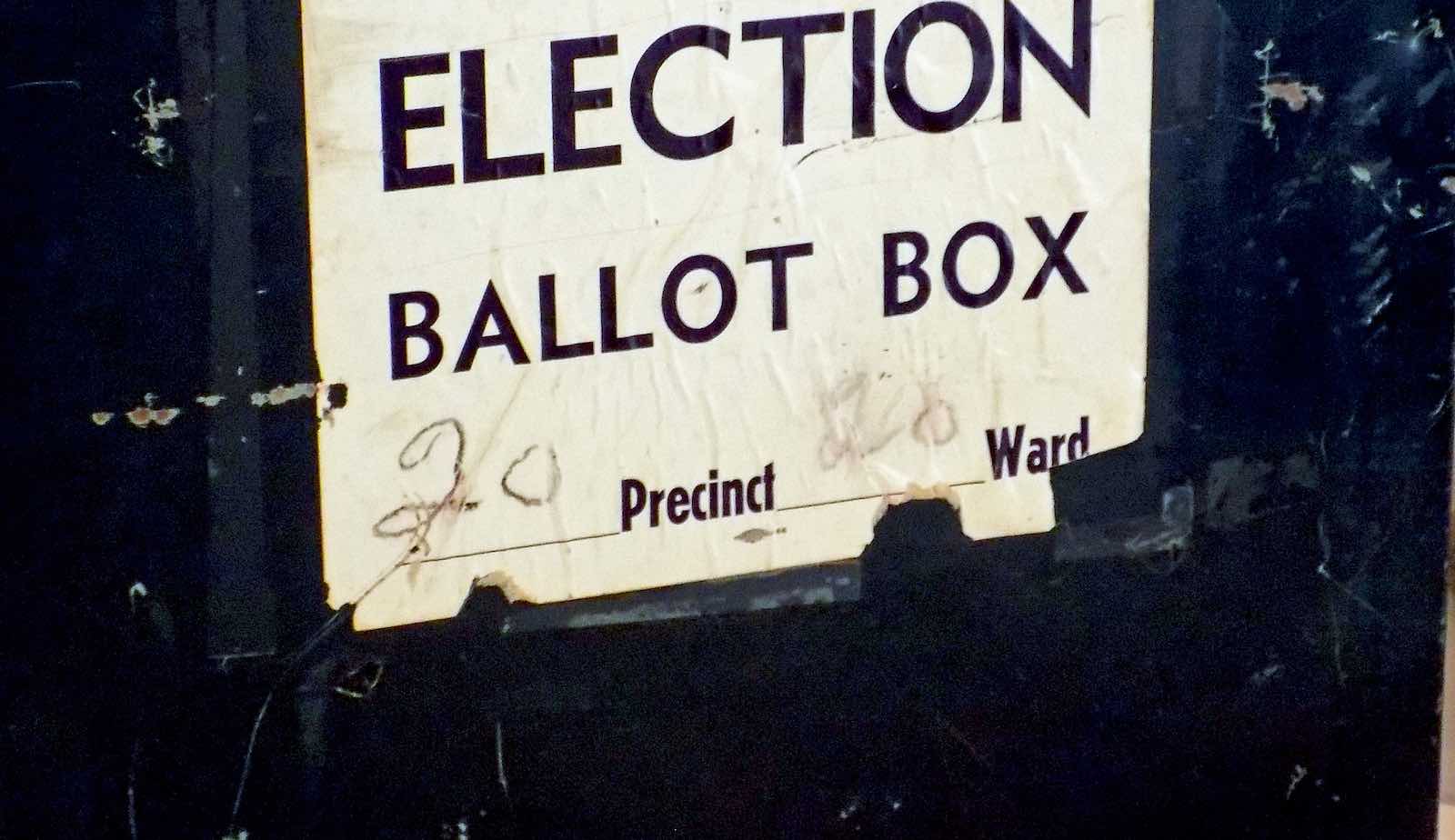 With a series of state elections due and the federal election looming, there are important lessons that Australia needs to learn from the tone of US politics. In particular, there is a responsibility for Australia’s political leaders to act in ways that ensure, and do not undermine, the integrity of Australia’s democratic processes.

Political leaders – whether elected officials or high-profile commentators – are custodians of Australia’s democratic institutions. And they need to take that role seriously. Now, more than ever, the call for political leaders of all stripes to cease mudslinging is of special importance.

Hyper-partisanship that feeds off and drives a bruising political culture needs to be tamed, particularly where short-term political gains undermine the integrity of foundational democratic institutions.

The general lesson is that a hyper-partisanship that feeds off and drives a bruising political culture needs to be tamed, particularly where short-term political gains undermine the integrity of foundational democratic institutions. US President Donald Trump’s attacks on officials such as Robert Mueller, leading an investigation into Russian influence campaigns in the 2016 presidential campaign, and institutions such as the FBI are especially dangerous because they damage the integrity of these processes and institutions for generations.

Similarly, any repetition of his statements made in 2016 that he would not respect the outcome of the vote because of the “three million illegal votes” are more than negligent, they run the risk of dismantling American democracy. Regardless of the US President’s motives, this only benefits Russian President Vladimir Putin.

The lesson for Australia is that political leaders must also take far more responsibility for the tone of the national discussion and consider the targets of their attacks. Politics, its practitioners claim, is a contact sport; mudslinging and sledging is part of the art for a successful career. But responsible leaders need to cease a winner-takes-all approach that distorts the notion of truth in search of short-term political gains. As a range of recent books note, this plays into a larger strategy destroying democracy’s foundations from within.

Within Australia, voters are tired of this, losing patience with politicians and losing faith with politics. While compulsory voting and Australian Electoral Commission oversight means the country’s electoral processes are not vulnerable to foreign activities in the same way the US elections are, the background conditions of partisanship, distrust and social discord mean that Australia’s democratic institutions are just as brittle.

The 2016 US presidential election was a watershed moment for Western liberal democracies. It crystallized the importance of populist sentiment and was a stark example of modern foreign influence operations. Mueller’s indictment of 13 Russians in early 2018 spells out in detail the coordinated effort of foreign agents seeking to impact and undermine the 2016 election.

[I]n or around the summer of 2016, defendants and their co-conspirators also began to promote allegations of voter fraud by the Democratic Party through their fictitious US personas and groups on social media.

The investigation showed these agents were preparing a narrative that the election outcomes were illegitimate, had Hillary Clinton been successful. To the surprise of many – perhaps even the Russian agents named in Mueller’s indictment – Donald Trump emerged victorious, and the narrative of a tainted election was largely allowed to go to seed.

This is noteworthy as a similar narrative is emerging following the 2018 midterms, fanned by the President’s Twitter feed.

The Florida Election should be called in favor of Rick Scott and Ron DeSantis in that large numbers of new ballots showed up out of nowhere, and many ballots are missing or forged. An honest vote count is no longer possible-ballots massively infected. Must go with Election Night!

While the recounts occur in Florida and Georgia, there are protests and claims by Trump’s supporters that the Democrats are falsifying votes; one persistent theme popping up in comments on alt-right website Breitbart is that delivery vans have been shipping in fake ballots from Puerto Rico to ensure a Democrat victory. Parallel to this, there are criticisms from Democrat aligned groups about longstanding Republican efforts to suppress minority votes and gerrymander victories.

Not all criticisms are created equal – the claims of vans full of fake ballots lack the credence of the concerns about voter suppression.

Yet the overall narrative being fomented is one that seeks to undermine citizen confidence in the outcome of the elections. And this is where social media combined with foreign influence operations play such a big role.

In a time where political tribalism overrides common courtesy, the anonymity and freedom from geography afforded by social media provides a unique way for foreign agents to exploit and enhance existing social schisms. Trump’s supporters are primed to believe that Democrats are acting illegally to steal elections. Trump’s opposition is primed to believe a malevolent intent behind voter identification laws and efforts to reshape voting districts.

All a foreign agent needs to do is promote and perpetuate the views of both sides. The stories gain traction and continue circulating through online echo chambers. As researcher Tom Pepinsky writes, “when electoral procedures lose popular legitimacy, it is nearly impossible to get that legitimacy back”. The end result is not just further social polarisation but a persistent sense on both sides that the outcomes of elections are unjust, and that the democratic processes lack integrity.

More evidence that Russian agents are engaged in this effort can be found in the criminal charges levelled in October against Russian national Elena Alekseevna Khusyaynova, accused of interfering in the US political system. Khusyaynova is alleged to be part of “Project Lakhta” in the period following the 2016 election with the “stated goal … to spread distrust towards candidates for political office and the political system in general”. This fits the pattern established in 2016 where widespread voter fraud was a key theme of Trump’s pre-victory narrative.

This recent history, combined with the current agitation around the midterms and the recounts, suggests the likely target of attack for 2020 are the institutions of democracy themselves – to develop a narrative that the outcomes are rigged, unreliable, and corrupted.

Then, no matter who wins in 2020, chaos in the American polity would ensure a Russian victory. Australian leaders should take heed of the lessons, and take care to avoid a similar outcome. 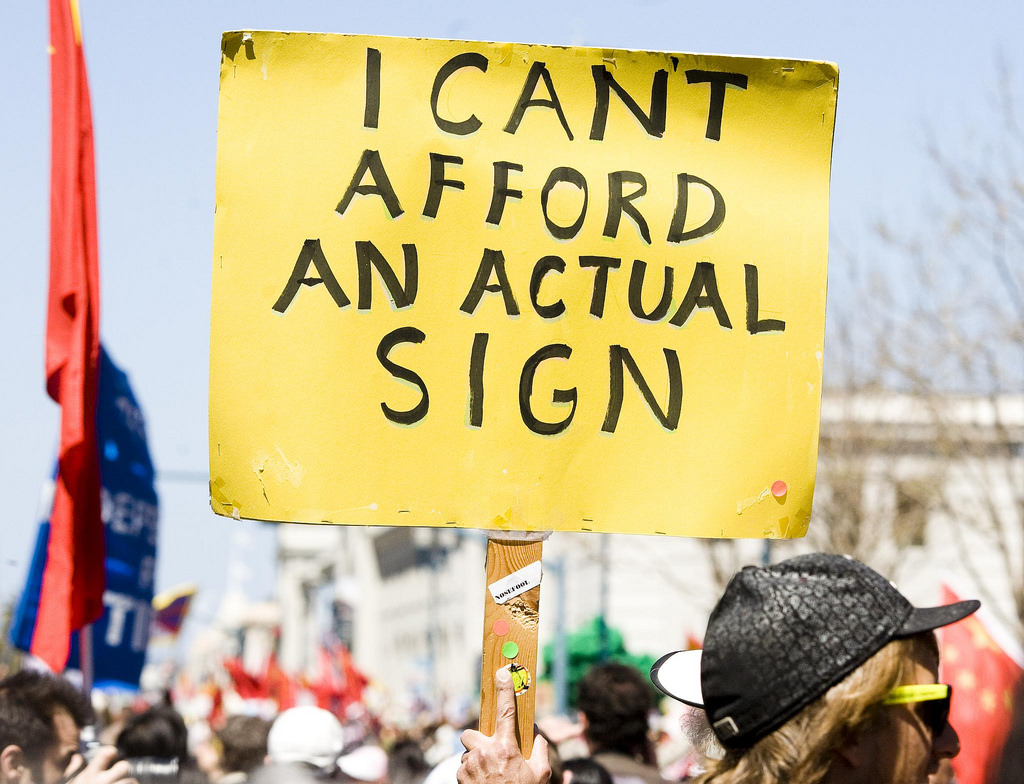